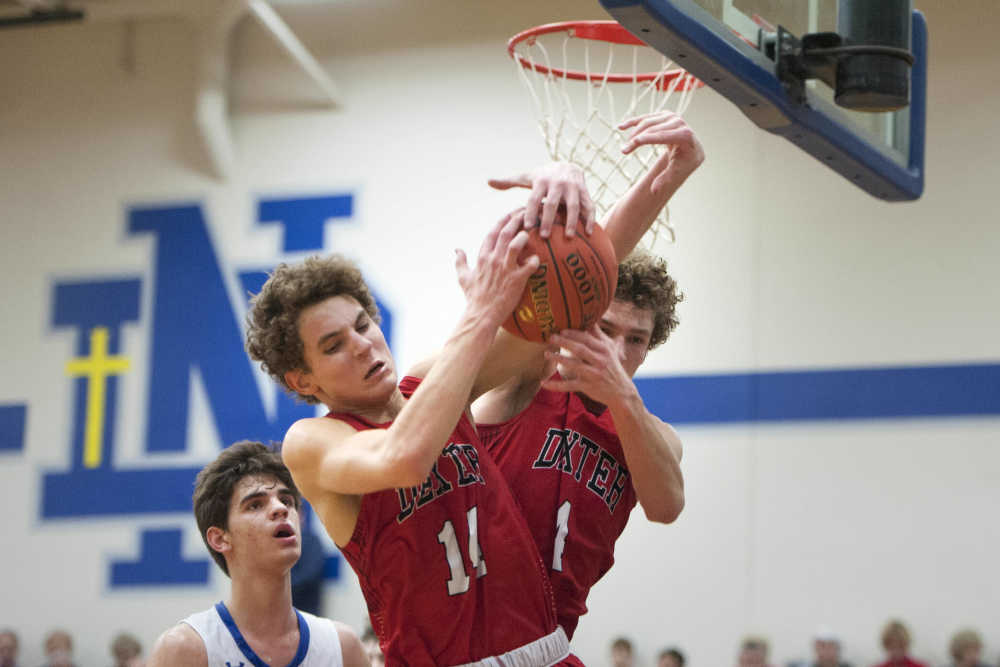 The Bearcats, who finished 15-12, opened the season with a 76-36 loss to Class 3 state semifinalist Charleston on Dec. 3. Their season ended last Tuesday in a 57-55 overtime loss to Class 4 District 1 champion Notre Dame.

“I’m just proud of the guys for the big improvements they made from the first game against Charleston to our last game with Notre Dame in the semifinals of the district,” Allen said. “They’ve definitely come a long way. I think the experience they got through the course of the year, they just kept getting better.”

The Bearcats won both the Bloomfield Christmas and SCAA tournaments this season, the first time that’s happened since 2004-05.

“I thought the boys played extremely well to close those two tournaments out,” Allen said. “The championship of the Christmas tournament, it was a little surprising because of how much we beat Kennett by (60-37). We just got on a roll there in that tournament and played extremely well that last game against Kennett. … I know the two seniors looking back, they’re really going to remember those times, those two championships.”

Garrett Henson and Logan Wyman were the Bearcats’ only seniors this season.

Henson averaged 11.2 points per game and was the team’s leading rebounder. He scored a season-high 22 points in the Bearcats’ 58-56 win over Bernie in the semifinals of the BCT.

Wyman played in all but one game this season. He scored a season-high 11 points in the Bearcats’ 107-26 win over Woodland in the first round of the SCAA tournament and had 10 in their 84-28 win over Bell City.

“Logan didn’t get the time I’m sure he wanted, but I’m telling you Logan is an awesome guy to have around. His attitude was unbelievable,” Allen said. “When he got out there, he played hard. I know he will do well in life. He’s a really smart kid academically. I know he’ll go off to college and have a successful career.”

The Bearcats expect to return eight players from a squad that finished third in the SCAA with a 5-2 record, including leading scorer Andrew Ellinghouse, a junior who averaged 15.1 points a game.

Allen, who averaged eight points, scored a season-high 36 points and made 12 3-pointers against Woodland in the first round of the SCAA tournament.

His 12 3s ranked eighth all-time in state history, according to MSHSAA.

Sitze (3.8 ppg) twice scored in double figures, including 11 in the Bearcats’ 60-55 loss to Bernie. Slusher received limited playing time late in the season after overcoming a shoulder injury.

While the Bearcats finished 1-7 in SEMO Conference play, Allen thought his team held up against the tougher competition.

“I felt like all the SEMO Conference games we played this year were pretty competitive,” Allen said. “None of them really got away from us. We were right in there with them in a lot of the games. That experience playing against those teams this year will help pay off for next year.”

The Bearcats’ only SEMO Conference win was a 70-61 win over Poplar Bluff on Feb. 18 at the Bearcat Event Center.

Dexter’s growth against SEMO Conference competition can be illustrated by its three losses to Notre Dame.

Notre Dame rolled to a 62-43 win in the SEMO Conference tournament, pulled away late to win 69-51 on Feb. 25 at the BEC and needed overtime to win 57-55 in the semifinals of the Class 4 District 1 tournament.

In the middle matchup, the Bearcats trailed by only a point early in the fourth before Notre Dame ended the game with a 15-0 run.