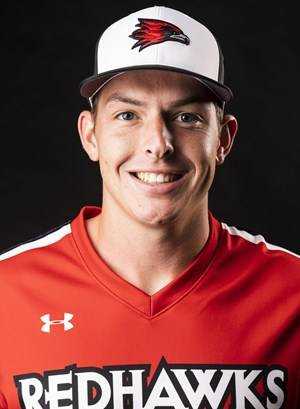 Martin, Tennessee was no place to find yourself over the weekend if you were a collegiate pitcher.

The Southeast Missouri State baseball squad took two of its three Ohio Valley Conference games against the host Skyhawks and it scored a total of 51 runs in three games.

Tyler Wilber had four hits, including a home run and a double, and scored three runs, while driving in six to pace the Redhawks.

Connor Basler and Andrew Keck also had two hits each.

Dylan Dodd (2-1) got the win after working six innings and allowing four earned runs and striking out seven.

Southeast scored in eight of nine innings Saturday in taking a 22-4 win.

The Redhawks had a total of 21 hits, including four from Wilber and Hahn.

Danny Wright connected for three hits, as did Justin Dirden, who homered and tripled.

He gave up five hits and struck out six.

There were a total of 39 hits in the game and Southeast was paced by Wilber, Dirden, and Caleb Feuerstake, who each had three hits.

Dirden had a home run, while Feuerstake added a triple and a double.

Colin Wilma took the mound to tart for the Redhawks and gave up seven earned runs and nine hits in three innings.

The Redhawks will travel to Southern Illinois Wednesday at 6 p.m.