Redhawks football adds a 'people guy' to bolster its O-line 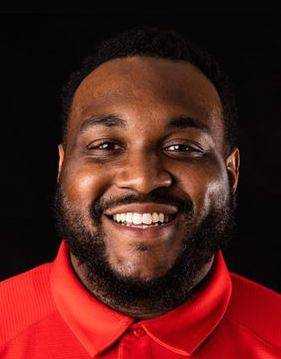 Both Southeast Missouri State athletic director Brady Barke, as well as Redhawk football coach Tom Matukewicz, have spoken recently on the emphasis placed on “people” and how it relates to success at Southeast.

Barke made the reference when he was addressing the search for a new men’s basketball coach, while Matukewicz demonstrated the importance of such when he went looking for a new offensive line coach earlier this winter.

Matukewicz hired former Arkansas-Pine Bluff offensive line coach Jason Onyebuagu, who had a player-coach relationship with Matukewicz when both were at Northern Illinois over a decade ago.

“The thing that I loved about (Onyebuagu) is that he had great relationships all over the team,” Matukewicz said. “Most o-lineman kind of stick to themselves. But his best friend was a (defensive back). That always stuck with me.

Onyebuagu made such an impression on Matukewicz during his playing days that the coach tried to lure him to Cape Girardeau seven years ago, but Onyebuagu had a better financial opportunity to coach elsewhere at the time.

Matukewicz said the success of the Redhawks over the past two seasons has now allowed him to attract a higher level of coaching candidate, which is why the former Husky player and coach have now reunited.

“Now,” Matukewicz said, “our program is better. The investment from the university is better and we were able to offer him a salary that got him here.”

Matukewicz has sold an “underdog mentality” within his program since he arrived in town and he said Onyebuagu fits that model perfectly.

“He was a left guard,” Matukewicz said, “and was (All-Mid-American Conference). He was a little undersized, so I loved that he had to fight (for success).”

The Redhawks have won 18 games in the past two seasons (more than any other team in the Ohio Valley Conference), which not only attracts recruits but also makes it more appealing for coaches, according to Onyebuagu.

“The direction of the program,” Onyebuagu said of why he felt good about coming to the Redhawks. “The past couple of seasons, the program has really taken off. It is a top FCS program and it is something that you really want to be a part of.”

Onyebuagu played at Warren Central High School in Indianapolis, where he helped the Warriors win three consecutive state championships. He has also coached for the University of North Carolina, as well as Syracuse University.

He echoed the sentiments of Barke and Matukewicz that success has to involve the right type of people.

“It goes back to who ‘Coach Tuke’ is,” Onyebuagu said. “He is all about relationships. His philosophy of winning with people is the biggest thing.

“This staff has been amazing. They have accepted me right away and we’ve rolled up our sleeves and gotten to work.”

Matukewicz wasn’t satisfied with the development of the offensive line early in the 2019 season, but it improved as the season went on.

The Redhawks signed seven offensive linemen in the 2020 recruiting class, three of which have already enrolled and will be coached by Onyebuagu in a few weeks when spring football gets underway. That early work will provide the unit a head start toward success in 2020.