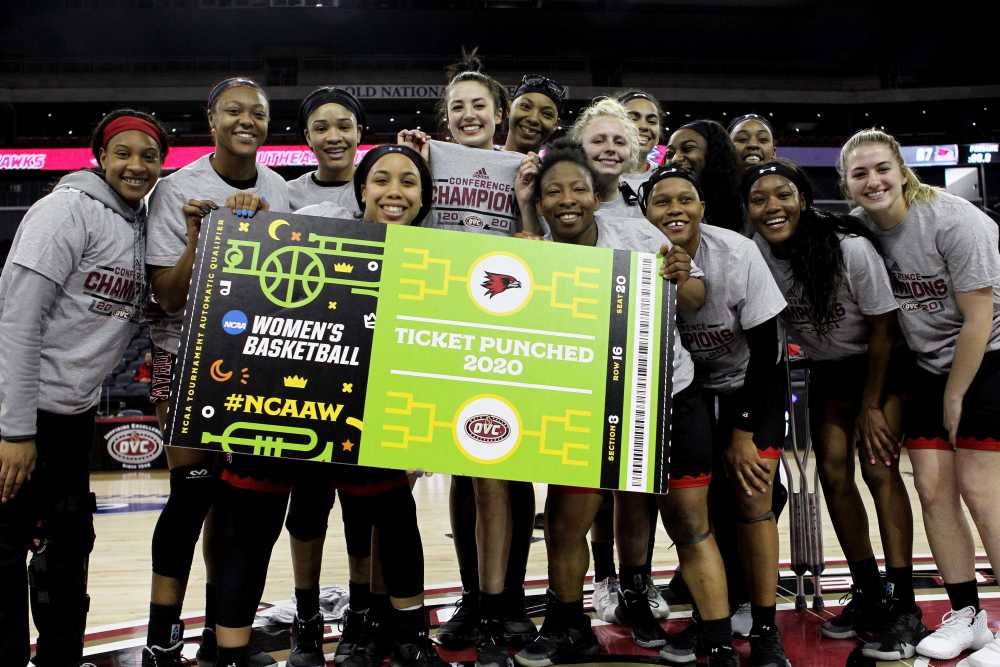 EVANSVILLE, Indiana - In a dominating performance, the Southeast Missouri State women’s basketball team Saturday ascended the apex of the Ohio Valley Conference mountain for the first time in 13 years.

The Redhawks won their first OVC championship since 2007 at the Ford Center in Evansville, defeating No. 1 tournament seed UT-Martin, 67-47.

The first point of the game was scored by the Skyhawks and it was all Redhawks thereafter, as SEMO led for nearly 39 minutes of the 40-minute contest.

Southeast built a commanding lead early, going up 32-19 by intermission.

“I told our team to go for body blows, not a knockout,” said fifth-year coach Rekha Patterson, the OVC Coach of the Year.

“There was still a lot of basketball left to play." 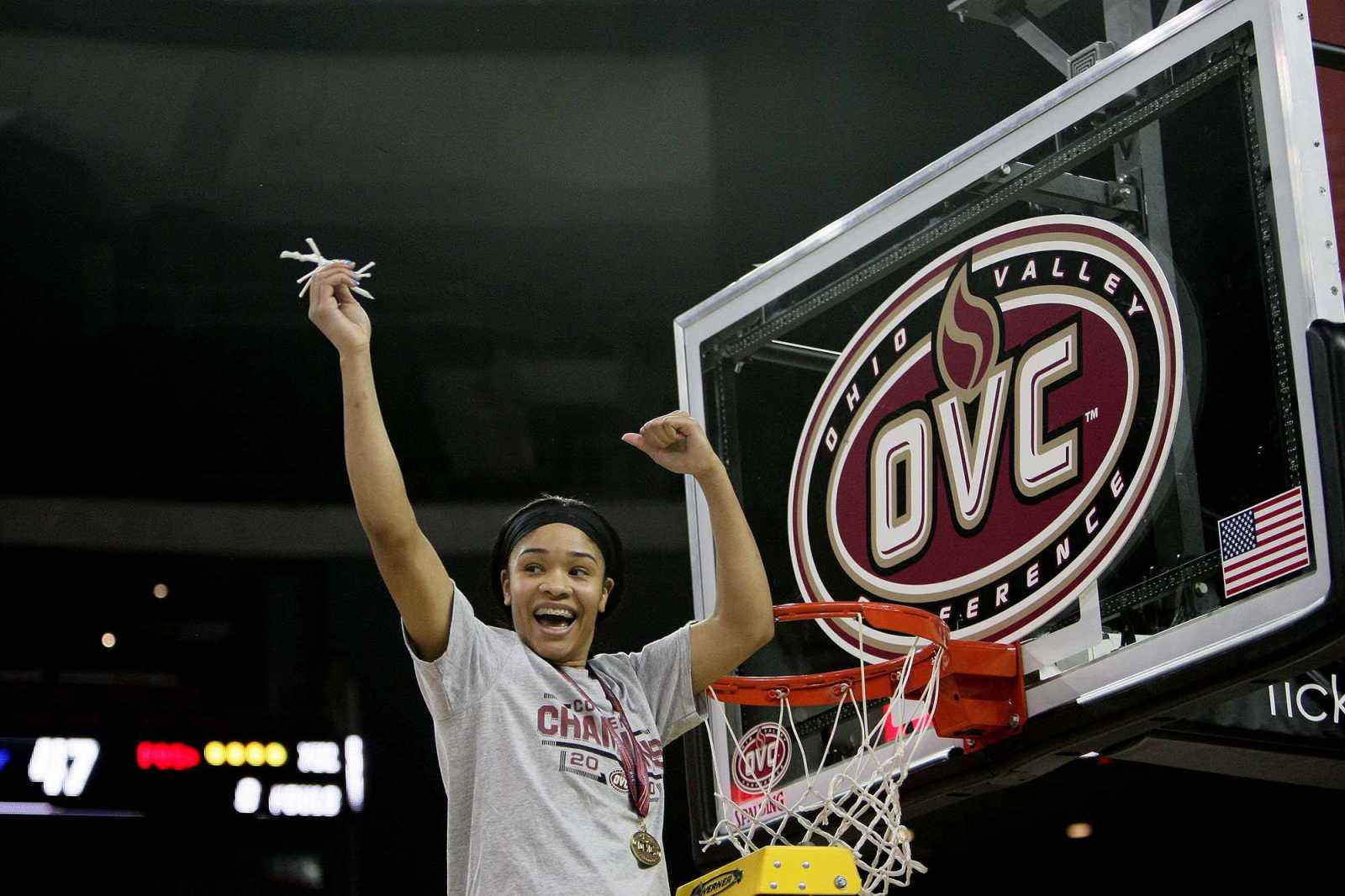 Southeast’s scoring leader, Tesia Thompson, had a double-double with 25 points and 14 rebounds.

The junior from Memphis, Tennessee, was named the tournament’s Most Valuable Player.

Patterson is grateful for number 24.

“I’m glad Tesia is in a SEMO uniform,” said the North Carolina native. “I’m glad she chose SEMO and believed in our vision.”

Also named to the all-tournament team, along with Thompson, were fellow Redhawks Carrie Shephard and Taelour Pruitt.

Perry, the league’s scoring leader at 23.4 points per game, was ice cold in the first half.

She scored a single point in the first 20 minutes.

“Our game plan wasn’t to stop (Perry),” said Shephard, “but to make them (all) work for everything they got.”

Perry recovered after intermission to finish with 15 points and three blocks.

“We knew they would go to (Perry) a lot in the second half,” said Patterson, “but I was surprised at her early play.”

“(Perry) was the head of the snake (for them),” said Thompson, “but big players are supposed to make big plays in big-time games.”

UT-Martin came into the game hobbled with seven players on the injured list, including starting sophomore guard Kyannah Grant, one of the few Native Americans playing Division I women’s basketball.

Grant tore an ACL in the Skyhawks’ opening-round win over Murray State.

“(UT-Martin) was not at full strength,” acknowledged Patterson, “so they took the five they had and stepped on the floor (with us).”

The game was vastly different than the run-and-gun 114-99 victory a day earlier against No. 2 seed Belmont in the semifinal.

“I didn’t think (UTM) would be the same kind of game,” said Patterson. “We found different ways to win all season.”

Supporters in the stands

Excited fans who made the two-and-a-half-hour drive from Cape Girardeau weighed in with their thoughts postgame.

“Once we got the lead and with Perry only scoring a point in the first half, I thought we could take ‘em,” said Mark Matthews, 64, of Cape Girardeau.

The Harper family made the drive all the way from Jackson to see the Redhawks secure the OVC crown.

“T.P. told me I was her good luck charm,” said Emma Harper, 10, referring to Thursday night’s hero, Taelour Pruitt, whose desperation three-pointer got SEMO an 82-81 win in overtime.

“It would have been easy for (the Redhawks) to be a selfish team with so many great players,” added Barke, “but Rekha developed a culture that is unselfish and caring for one another.”

Barke said the women’s basketball title is the fourth for the university this 2019-20 academic year – the others being in football, volleyball, and soccer.

“This championship undoubtedly will help us with recruiting,” said Barke. “I’ve been fielding calls from across the country since Taelour’s big shot to win it against Tennessee Tech.”

Pruitt’s three was featured as an ESPN Top 10 highlight moment.

Southeast, with the OVC crown, now has an automatic invitation to the NCAA Tournament, which is likely to begin March 19 or 20.

Opponent to be determined.

Venue to be determined.

Asked for her reaction when reminded her team was going to the Big Dance, Patterson’s react was breathless and quick.