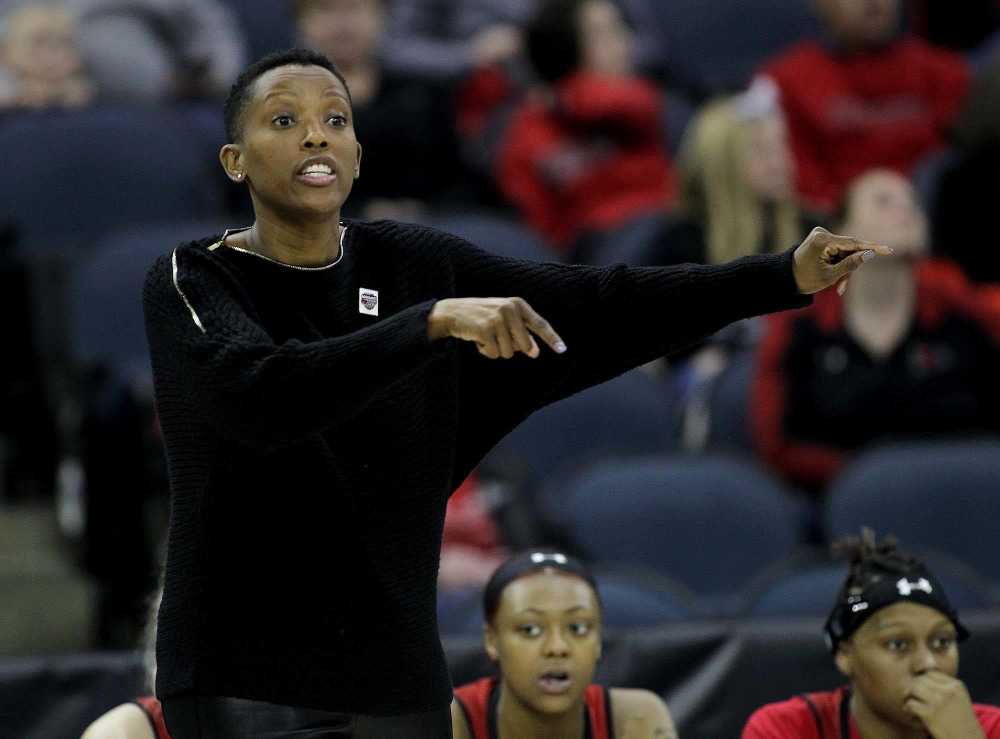 EVANSVILLE, Ind. – After being mere seconds from falling in the opening game of the Ohio Valley Conference Tournament in Evansville on Thursday, the Southeast Missouri State women’s basketball squad left little doubt about its future over the past 80 minutes of action.

The No. 3-seed Redhawks survived an 82-81 overtime thriller over No. 6-seed Tennessee Tech to open the tourney but bounced back with a 114-99 beatdown of league power and No. 2-seed Belmont Friday.

That performance paled compared to what Southeast did Saturday to top-seed UT-Martin with the tournament championship on the line.

The Redhawks methodically pulled away from the Skyhawks throughout the opening quarter and eventually cruised to a resounding 67-47 victory.

The victory advances Southeast to its first NCAA Tournament since 2007.

The Skyhawks (22-10) had not lost to an OVC team by more than four points this entire season but trailed Southeast 19-7 10 minutes into the game.

The Redhawk defense proved stifling throughout the contest.

UT Martin was the most accurate shooting team in the league (47.6 percent) and was the second-best 3-point shooting squad. Neither were evident Saturday.

Southeast (25-7) eventually led by 24, as it held the Skyhawks to 33.3 percent shooting overall and an astonishing 0-for-11 outing from 3-point range.

Junior forward Tesia Thompson was dominant for Southeast in scoring a game-high 25 points and pulling down 14 rebounds.

Seniors Carrie Shephard and Jessie Harshberger added 13 points each in the win, while Denisha Gardner hauled in a dozen off the glass.

The opening two rounds will be played on campus sites Friday, March 20 through Monday, March 23.