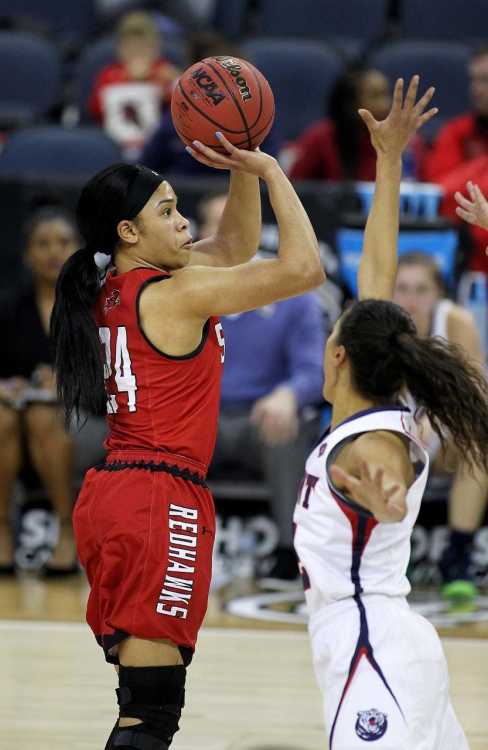 Southeast Missouri State is within one game of winning an Ohio Valley Conference tournament women’s championship, something SEMO has not done since 2007.

The third-seeded Redhawks punched their ticket to the final with a historic 114-99 shootout win over the No. 2 seed, the four-time defending OVC champ Belmont, in Friday’s late semifinal game at the Ford Center in Evansville, Indiana.

Junior Tesia Thompson had a breakout performance, scoring 39 points to pace all scorers.

“I would say (today) is the most fun I’ve had in my life,” said Thompson, a junior from Memphis, Tennessee.

A record-setting day in Evansville

• The most combined points ever in an OVC women’s tournament game, 213.

• The most points by one team in an OVC women’s tournament game, 114.

• The best 3-point percentage in an OVC women’s tournament game, 82.4% by Southeast Missouri.

Strategy in a high-scoring contest

As a sign of Belmont’s desperation, Bruins coach Bart Brooks abandoned trying to get to the basket – settling instead for jump shots beyond the arc.

Belmont made 31 3-point attempts, connecting on just over half.

“(Belmont) may have gotten a little winded by our speech and athleticism today,” said fifth-year Redhawks coach Rekha Patterson.

“We played fast today, in attack mode, and made (Belmont) uncomfortable,” Patterson added.

As for the losing Bruins, Brooks was nearly slack jawed in amazement.

“I don’t know if I ever saw a team shoot the ball the way (Southeast) did tonight,” Brooks said. 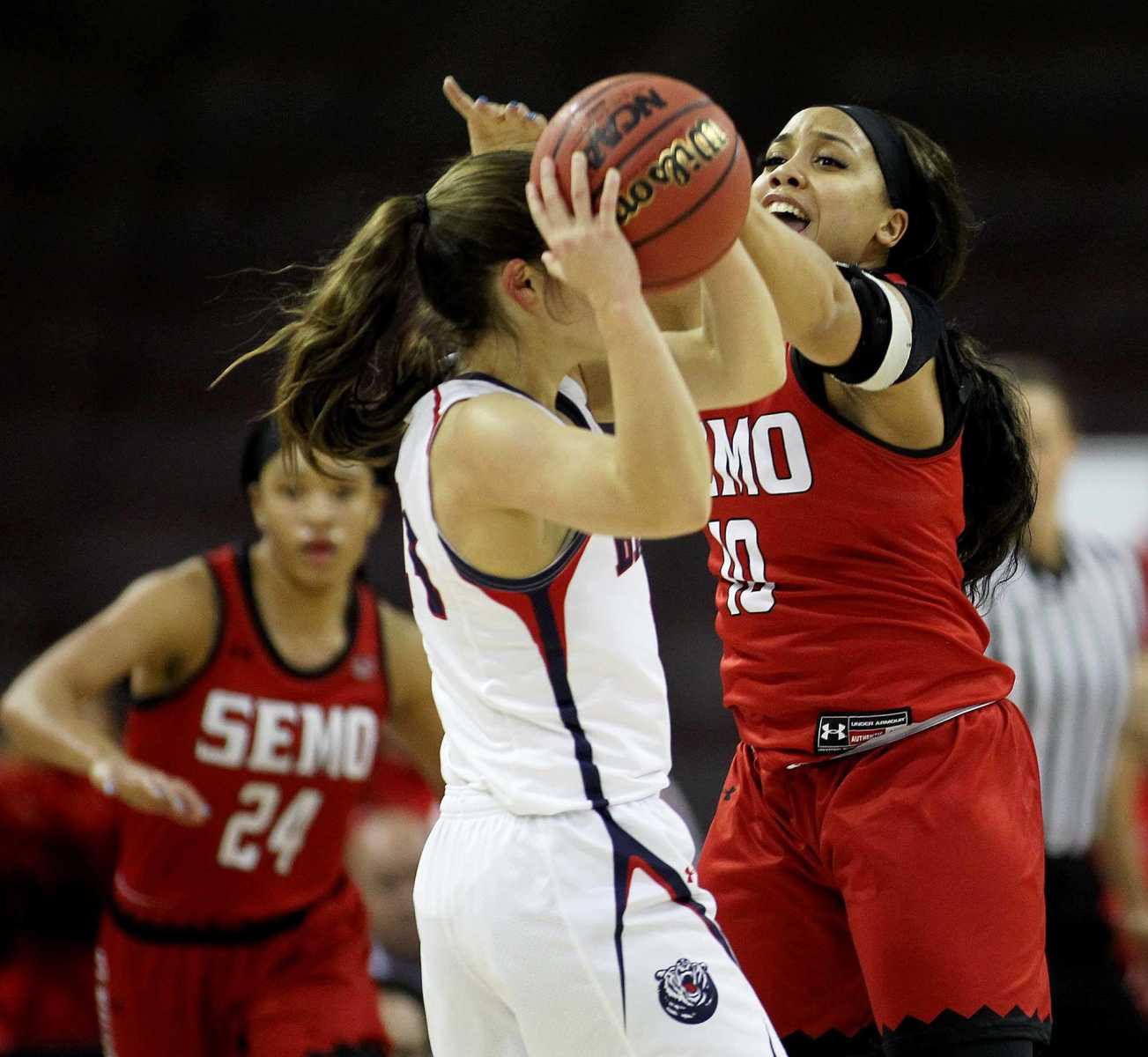 Taelour Pruitt (10), a sophomore guard, was a perfect 7-for-7 in 3-point shots in Friday's 114-99 win over Belmont. Michael Dann, Ohio Valley Conference photographer

“We thought they’d come down to normal range, back to earth,” Brooks added, “but it didn’t happen.”

Pruitt was perfect from 3-point land, landing seven treys in as many attempts.

“Every time I got some space, I shot it,” the sophomore guard from Arlington, Texas, said. “It just kept going in.”

Thompson was joined in double figures by Shephard with 29 points, Pruitt with 21 and senior Jocelyn Taylor with 10.

Shephard, a redshirt senior who will graduate in May with a master’s degree in educational administration, is aware some of her teammates want to win the OVC tournament as a gift for her.

Shephard, from South Pemiscot High in Steele, Missouri, is the shortest Redhawk at 5-foot-4 and the oldest.

“Granny appreciates their support,” the 24-year old Shephard said with a smile and a wink in the postgame press conference.

Shephard and Thompson were named this week as OVC First Team selections.

Their coach, Patterson, received OVC coach of the year recognition.

One more game to go

Southeast was opportunistic on defense, scoring 28 points off Belmont turnovers.

The Redhawks did not rely on jumpers to win, scoring 48 of their 114 points in the paint.

Southeast went up as much as 19 points twice in the pivotal third quarter.

Patterson’s squad led for most of the game – ahead for 36 minutes of the 40-minute contest.

What’s next for Southeast is a chance to win the OVC tournament crown for the first time in 13 years.

To do it, they must beat a UT-Martin team with whom the Redhawks split a pair of games in the regular season, defeating the Skyhawks 71-69 at the Show Me Center Feb. 13 and losing a week ago at UT-Martin, 78-72.

If the Redhawks win Saturday, they will receive an automatic invitation to the NCAA Tournament.

Asked if Friday was the game of her life, Thompson had a succinct reply.

“No,” Thompson said. “But it could be tomorrow.”