A NEW LEAGUE: A new pool league is what Clay Graviett always wanted 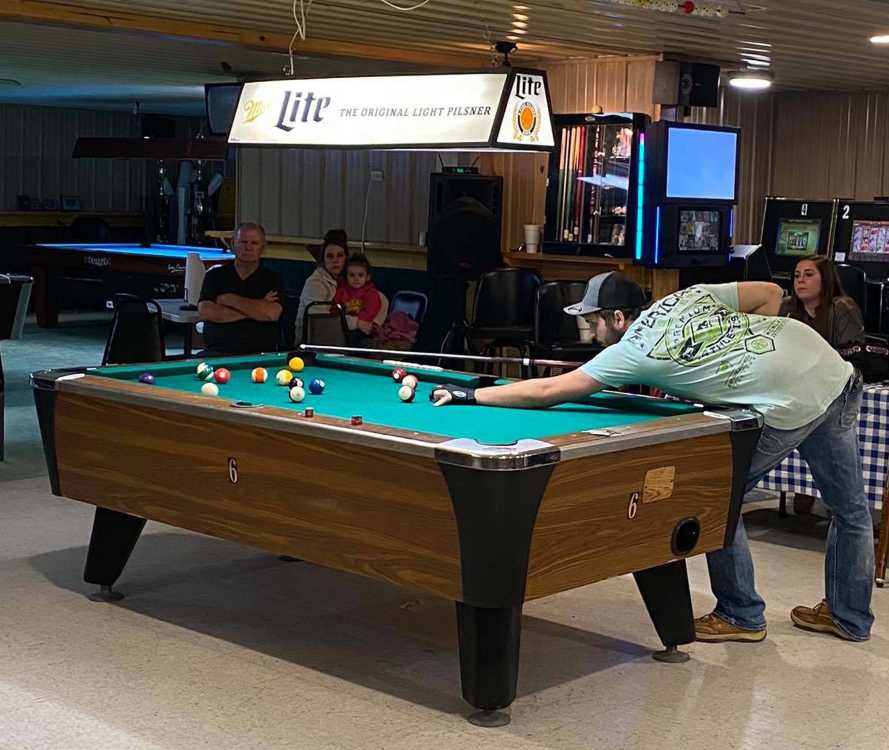 “Whenever I was about three-or-four-years-old, I used to have wooden soda crates,” Graviett said. “I used to stack them up to where I could see over the pool table so I could shoot. I’ve been playing pool ever since I was three-four-five-years-old. I enjoy it.”

Additionally, he also loves sharing the sport he loves with others and giving them a chance to showcase their skills.

Graviett did just that over the past weekend, as his All-Star Pool League hosted a national tournament in Vanduser, Missouri.

Twelve teams, made of five-to-eight players, competed in the event.

Starting a pool league was something that Graviett always envisioned ever since he started playing the game with his family at an early age.

“We played in a league called APA,” Graviett said. “And, we won the national title. So, a couple of years later, I went back with another group of friends, and we came in third place in the APA. 2005, I went out there in the singles and came in fifth. I’ve been thinking about it for a long time. I finally got the opportunity to do it, and I went for it. So far, it’s done very well for me.”

A local league, which Graviett said includes teams from three-to-four different states, all play with a common goal of winning it.

For the All-Star Pool League, Graviett illustrated in a rules sheet that a team could play with five players of no more than 24 skill level points.

Graviett — who has competed in the APA tournament in Las Vegas several times — said that the competition is just that much better, mainly because of the skill levels of each individual.

He also added in the sheet that a team could only play two players with a skill level of six or higher in each match.

Lastly, he added that a player must play at least four matches in each assigned session and 10 matches in total to play in the national tournament.

“We played all day Saturday,” Graviett said. “We came back and had a final four with a team from Vanduser and a team from Paducah, Kentucky, on the losers’ side. I had two Cape Girardeau teams on the winners’ side.

Of the teams that competed last weekend, four were from Cape Girardeau: Just Because,” “Majority Rules,” “Reinvinted,” and “8 Balls of Fire”; three from Anna, Illinois, in “Moose Rockers,” “Chris’ Cues,” and “Misfits.” Three teams came from Paducah, Kentucky: “VFW Sharks,” “Whats Up,” and “ The Young Guns & The Rest of Us,” while two teams were from Vanduser, in “Happy Feet,” and “Snap’N-8.”