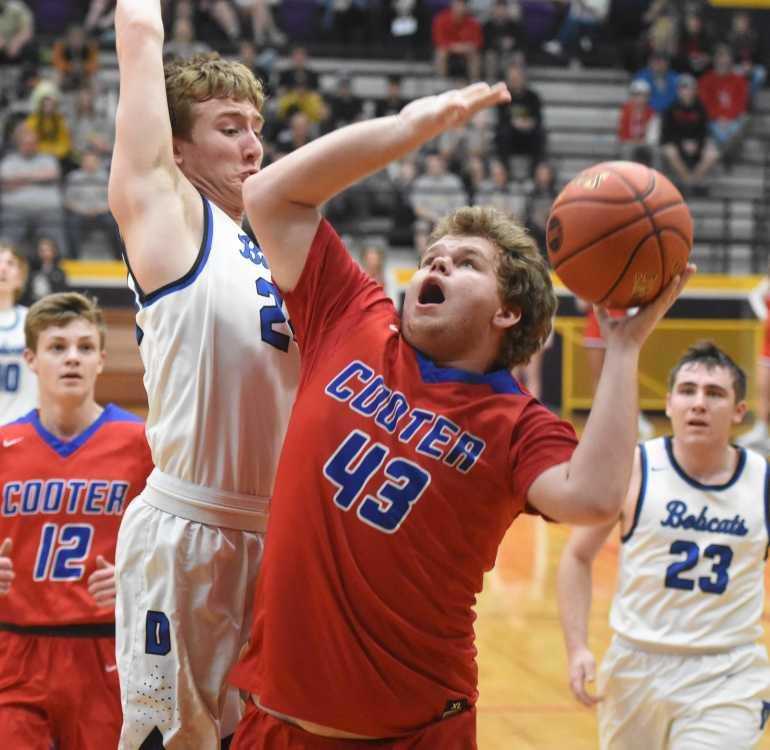 The run-and-gun style of Delta will be on display Saturday as the Bobcats (25-5) take on Dora (28-2) in the quarterfinal round of the Class 1 boys basketball tournament in Van Buren, Missouri.

Delta, the Class 1 District 2 champion, advanced to the quarters courtesy of its 120-82 sectional win Tuesday over Cooter.

The Bobcats have transformed into a points machine under first-year coach Chris Hahn.

The Bobcats have scored more than 100 points per game 15 times this season.

Delta senior Isaiah Thomas led all scorers in the Cooter contest with 44.

“We are leading the nation in (high school) scoring according to MaxPreps,” informed Hahn, 30, who arrived in Delta last spring after coaching Holcomb five years.

Hahn prefers his team constantly to be in transition.

“When you play the way we do, it accumulates fatigue in your opponent,” Hahn explained.

“We don’t play ‘normal’ basketball in Delta,” added Hahn. “I tried to coach slower starting out but I didn’t enjoy it.”

Speaking of normal, Dora has eight players on the roster with the same surname as the head coach, Luna.

It’s a family affair for the Ozark County school.

“Dora seems to play the same size kids as we do,” said Hahn, noting Dora’s younger squad – the Falcons have just one senior – went to state last season and finished second.

Dora is capable of gaudy numbers on the scoreboard, too.

The Falcons have put up 90 points three times and against C1D4 rivals Exeter and Bradleyville, went over the century mark.

Delta’s Hahn is also proud of his defense, which gets little attention in the wake of the Bobcats’ scoring prowess.

“We need seven steals against Dora to have the most ever in a single season,” informed Hahn.