OVC honors Patterson as Coach of the Year 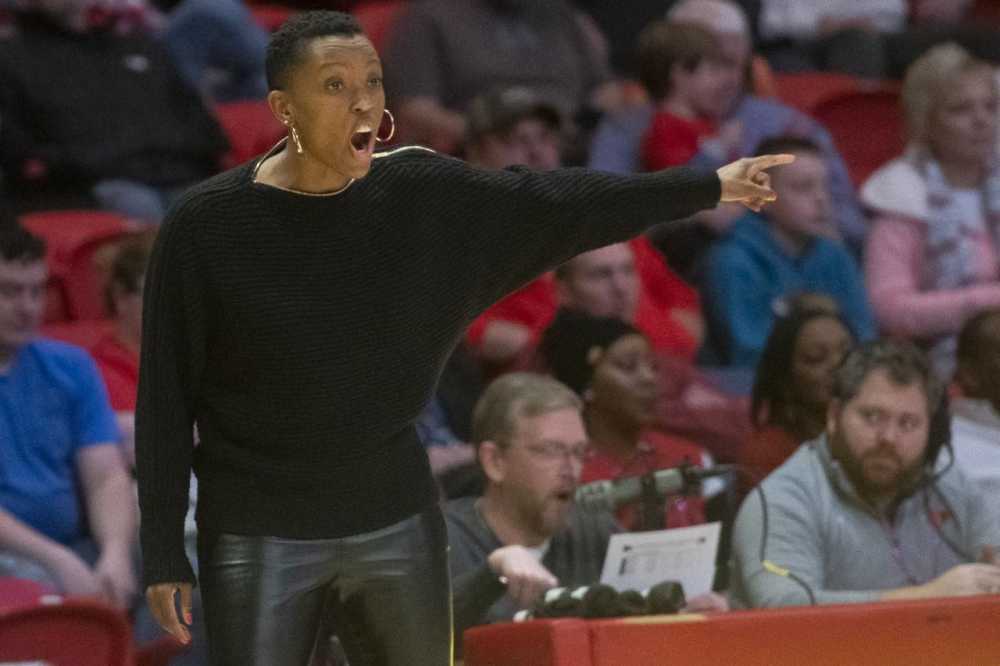 Southeast’s Rekha Patterson was named Friday the women’s basketball coach of the year by the Ohio Valley Conference. Patterson, who is in her fifth year with the Redhawks, wins the honor for the first time. She is only the third SEMO women’s coach to take home the recognition – following John Ishee (2007) and Ed Arnzen (1999).

Patterson has led Southeast to a 22-7 (14-4 OVC) record and a No. 3 seed in the upcoming OVC conference, which begins Wednesday in Evansville, Indiana.

“She is beloved,” said Southeast athletic director Brady Barke. “The way (Patterson) represents us in the community is second-to-none.”

Patterson has led Southeast overall to a 76-71 record. Before her arrival at SEMO in the 2015-16 season, the 41-year old Patterson was an assistant at Ball State, Baylor, Creighton and Eastern Illinois. She is a graduate of North Carolina A&T.

“While this award may have my name on it, (the honor) is about our program,” said Patterson. “Our players have bought-in and our coaches and staff have been loyal to our vision.”

“(Rekha’s) got a bright future and is an up-and-comer in the women’s coaching ranks,” said Barke.

Patterson’s coaching ambitions are no secret and the 41-year old coach has made no long-term commitment to Southeast – of which Barke seems aware.

“We want to keep (Rekha) but like all great head coaches, at some point, there comes a time where we’ve done what we can and have to wish her good luck,” Barke said.

Seemingly aware of the valedictory nature of his remarks, Barke quickly backtracked.

“Hopefully, this won’t be anytime soon,” Barke quickly added. “She and I will sit down and address (the future).”

What's ahead for Southeast

“Very well deserved,” said Patterson, who has coached both players during their entire tenures at Southeast.

Asked about receiving the honor on the same day her men’s counterpart, Rick Ray, was fired, Patterson was empathetic.

“(Rick and his coaches) never made us feel bad for our success,” Patterson added.

“These are great men. This business is hard – hard on coaches, hard on families.”