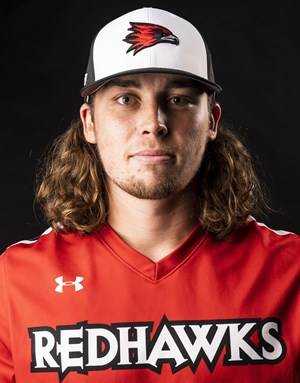 Southeast Missouri State senior pitcher Dylan Dodd was named as the Ohio Valley Conference Pitcher of the Week, as well as selected as one of Collegiate Baseball's National Players of the Week Monday.

The Danville, Ill. native Dodd struck out a career-high 15 in a complete-game shutout of Ohio University Friday.

He allowed five hits and no walks in nine innings.

The 15 strikeouts are currently most in a game by any OVC pitcher this season and tie for third-most in a game among all Division I players in 2020.

Dodd leads the OVC in innings pitched per game (6.89) and ranks third in strikeouts per game (12.6).

Dodd is the first SEMO player to win a national weekly honor and second to claim one of the OVC's weekly awards this season.