Column: Simply hoping for better days is no longer acceptable with Southeast hoops 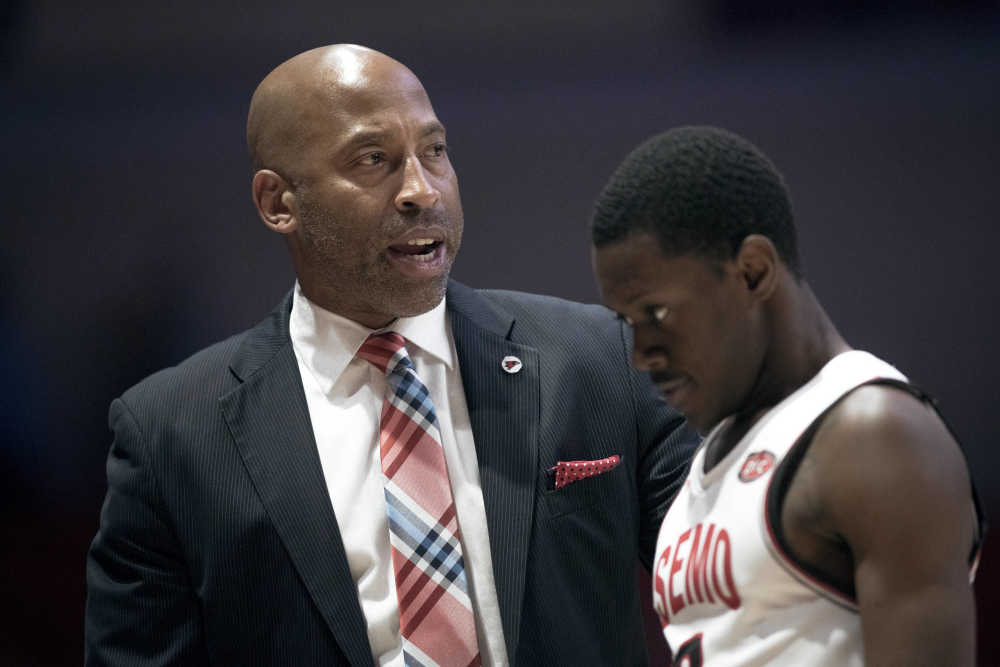 With today’s 87-78 regular-season concluding defeat at UT Martin, the Southeast Missouri State men’s basketball program wrapped up yet another disappointing season, which for this program historically, is nothing out of the ordinary. And I don’t understand why that is.

The Redhawks (7-24, 3-15 Ohio Valley Conference) finished last in their 12-team league, two games behind today’s opponent and SIUE, and there is little purpose in acutely reviewing what went wrong during this specific season.

Southeast ranked 11th in the OVC in field goal percentage and the same in defensive field goal percentage. Though the coaches and players unquestionably showed effort and preparation until the final seconds of this season, it was clear that this team was inept at both ends of the court and had the record to show for it.

However, what does need to be assessed is why this program has often struggled since transitioning to the NCAA Division I level 29 years ago.

During that time, Southeast has enjoyed just seven winning seasons in OVC play, and this is a league that is generally regarded as one of the weaker in the country.

Regardless of which coach (the program at the Division I level has had five) has been guiding the program, a storyline of non-success has remained consistent.

Here is a look at each coach’s tenure:

He led the program for six seasons, four of which were losing seasons in the OVC.

He was the coach for nine seasons and had just four winning years in OVC play.

He guided the program for two-plus seasons and was ultimately fired mid-season following the discovery of NCAA rule violations.

He served as the coach for six seasons, only one of which did the program have a winning record in OVC play.

He has led the program for five years and has achieved just one winning season in league play.

So as you can see, it is easy to castigate Ray as the villain of late, however, truth be told, he hasn’t been entirely different from his predecessors.

Which begs the question as to why the Redhawks can’t be more successful in a league that currently ranks 29th out of 32 NCAA Division I leagues in RPI.

If you are reading this column expecting me to answer that question, you can stop now. I don’t have the answer, because, to me, there is no acceptable reason why this program doesn’t qualify for the eight-team OVC Tournament — outside of some anomaly — every season.

I’ve had several coaches call me to speak about the potential for this job opening (there will be no shortage of candidates if it does, THAT, I can guarantee you) and I’ve truthfully told each of them that I think it is a solid job.

Sure, it’s not Belmont or Murray State in terms of tradition or perhaps financial resources, but I’m supposed to accept that Southeast can’t compete with — and beat — much of this league?

The Southeast program does not lack for assets in attracting talented student-athletes.

The Show Me Center is a nice facility.

The Holcomb Success Center is a nice facility.

The OVC currently has players in the NBA and countless others earning paychecks throughout the world playing professionally.

The Southeast campus is a nice campus.

And academically, let’s keep this real; it’s not extraordinarily difficult to get prospective student-athletes into Southeast.

I know the history of Southeast basketball states otherwise, but I’m not buying that this program can’t be successful.

Southeast athletics is overflowing with high-achieving programs, so other coaches and athletes have figured out how to attain success against their peers.

If the Redhawk football program can win the OVC and compete in the FCS Playoffs in consecutive years with THOSE facilities, I refuse to accept that Southeast can’t achieve some degree of success in the same league in men’s basketball.

It is imperative for the university leadership to resolve this athletic dilemma if it has any hopes of continuing to grow the university as a whole. Crossing fingers and hoping for better days for another three decades is no longer acceptable.

Comments
View 18 comments
Note: The nature of the Internet makes it impractical for our staff to review every comment. Please note that those who post comments on this website may do so using a screen name, which may or may not reflect a website user's actual name. Readers should be careful not to assign comments to real people who may have names similar to screen names. Refrain from obscenity in your comments, and to keep discussions civil, don't say anything in a way your grandmother would be ashamed to read.
Respond to this story