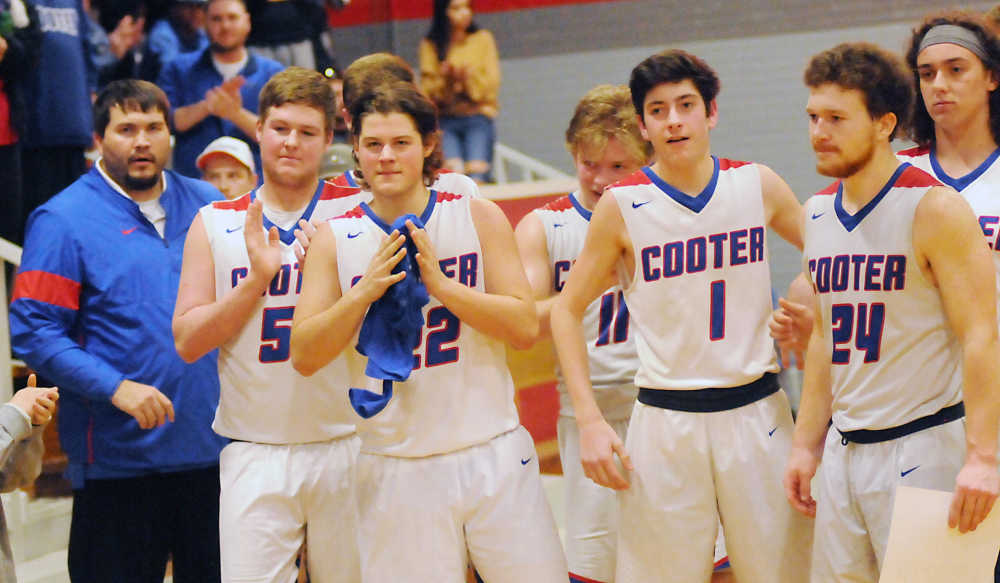 “Normally we are not a good free-throw shooting team but the last few weeks we’ve found a way to make free throws,” Cooter coach David Mathis said. “You have to get rebounds and make free throws to win close games. Fortunately, we’ve been able to do that down the stretch.”

The Wildcats found a way to pick up points at the charity stripe with a district title on the line against the Clarkton Reindeer Thursday night at Southland High School.

“It was a fight,” Mathis said. “Clarkton whooped us the majority of the game but we found a way to come out with a win in the end.”

Things were tied at 58-all before Luke Perkins, who finished with a team-high 17 points, made two free throws with 1:08 left to put Cooter on top 60-58.

Clarkton tied things up once more at 60-all when Cade Coleman hit a 2-pointer with 42 seconds left.

After a timeout, Clarkton attempted to push the ball the length of the floor and get a game-tying shot off. But Watkins intercepted a pass and threw the ball to Barnes who made a transition bucket to set the final score as time ran out.

“I thought we got kind of loose with the ball at the end,” Clarkton coach Jordan Bidewell said. “Cooter dug deep and made the plays and the ball just didn’t bounce our way the final few minutes. But I’m really proud of our kids. They worked hard. We’ve been through a lot in the last few days. I couldn’t be more proud of the way they performed in this district tournament after what they’ve been through this week.”

Cooter built an 11-7 lead in the first quarter before Clarkton scored 14 unanswered points to move ahead 21-11 with 6:52 left in the first half.

Cooter narrowed the margin to 33-26 by halftime, and 50-45 by the end of the third quarter, and outscored Clarkton 20-10 in the fourth quarter.

“I’m pretty tough on them,” Mathis said. “I feel like we are in good enough condition that if we continue to rebound and chip away we can get back in games.”

Watkins, who finished with 13 points, hit Cooter’s only 3-pointer.

“Normally we shoot a lot of 3’s,” Mathis said. “But the last two or three games we’ve just hit two or three. Guys have been attacking the rim. We found a way to finish shots tonight. We threw up some shots that probably shouldn’t have went in but they did and it ended up being our night. But hats off to Clarkton they gave us all we wanted all the way to the end.”

“We tried to keep it out of Watkins’ hands tonight,” Bidewell said. “But credit those other guys because they stepped up big time tonight.”

Clarkton finishes its season with a record of 12-14. It does not graduate a player.

“It’s a lot easier to go into the locker room after one of these games and not be sad when everyone gets another season,” Bidewell said. “Hopefully, this will be a driving force for them to get in the gym and start working tomorrow.”

It is Cooter's first district title in boys basketball since 1999.

“This group of freshmen really helped us and our older kids also really like basketball,” Mathis said. “We’ve had groups in the past that don’t really care a whole lot for basketball. This group had something to look forward to after we dropped to Class 1 after being in that Class 2 district eight of the last nine years. They battled their tails off and I couldn’t be more proud of them.”

“It’s going to be kind of like back when I was in high school in 2003,” Mathis said. “Everybody is going to say it can’t be done. You cannot beat that group up there. But we aren’t satisfied. We are going to try to go win it. If we get beat we get beat but we are going to give it our all. This group plays hard and they deserve everything they get.” 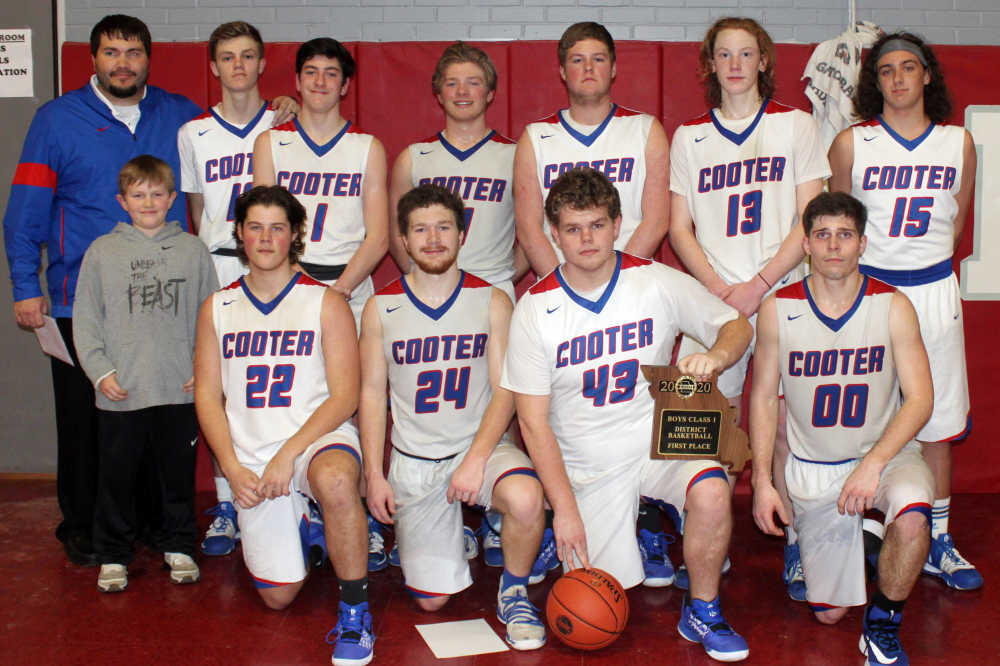