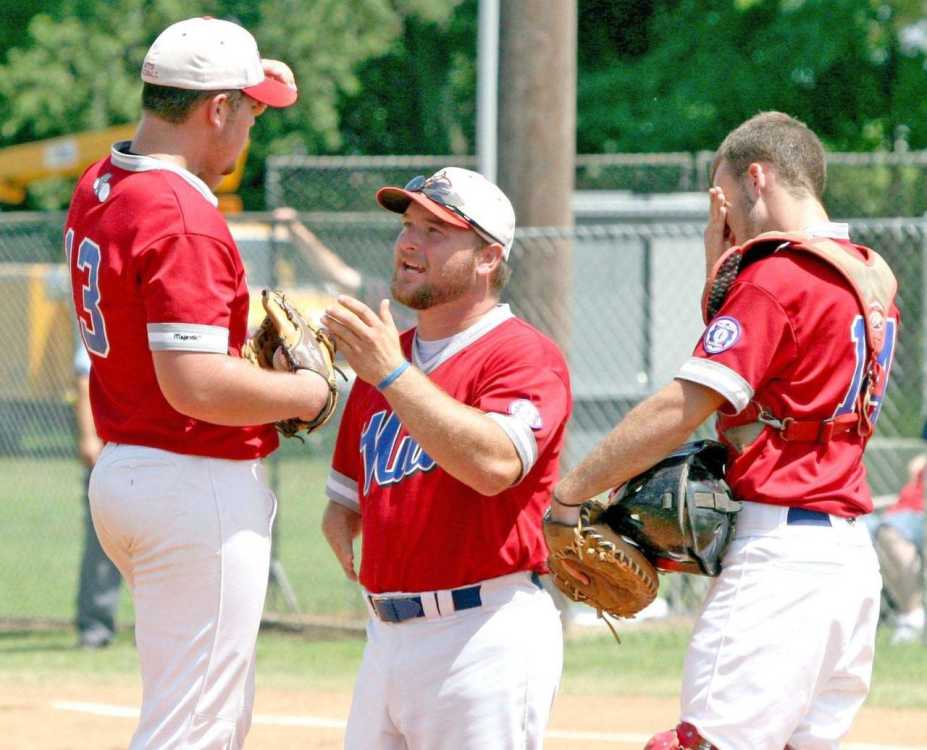 Your name is associated with the city of Charleston, but you’re not from there, are you?

I’m a 1998 Cape Central product and earned two varsity letters playing for former Tigers baseball coach Steve Williams. I got cut as a freshman and that was hard. I had great teammates – Ross Bennett, Tatum Kitchen, Greg Craft, just to name a few. I played the middle infield and pitched in high school.

You are what might be called today a person with “special needs.”

My mother, Robin (which is my dad’s name too), would not allow me to think of myself as handicapped because I only have one arm. She felt using the word “handcapped” meant accepting it. I turned out hard-nosed because of my mom. Here’s a story to illustrate the attitude. I remember going to Bible school and being made fun of by other kids. I told Mom I wasn’t going back but she marched me there the very next day. I decided not to wear a prosthetic to hide my physical status.

Does your “status” help you in coaching?

It sure does. We live in a soft society, and I’m not a fan of excuses. Excuses will get you beat. If I struck out for the Tigers, my teammates wouldn’t feel sorry for me. They didn’t give me a break. I’m glad now they didn’t. One of my players may get hit in the hand and start whining about being hurt and I’ll say, “Hey, do you want to trade hands?” This usually ends the self-pity. My condition helps me when I talk to kids about what they’re going to run into at the next level. In college, it can get tough and you may be expendable (there).

Did you look up to anybody while you were growing up?

Jim Abbott, who pitched for four teams in Major League Baseball and was born without a right hand. Naturally, I relate. Abbott retired after 10 seasons in 1999. Abbott went 18-11 for the Angels and finished third in the Cy Young Award balloting in 1991. He was my idol as a child. At age 11, right around that time, I said I wanted to coach high school baseball and teach art. I’m doing both so I’m living the dream.

Unlike many coaches, you don’t teach physical education. Tell us about you and art education, your subject at CHS.

I’ve always enjoyed drawing and doodling. It’s what I was good at when I was young. But look, teaching is about more than a subject, it’s about being there for young people, showing you care. My degree is in art education from William Woods University in Fulton.

And you use your art with the Fighting Squirrels.

Yes, the team is made up of 16-18 year olds who hail all the way from Cooter to Perryville, and I try to make it fun. So we experiment with the team colors; we change the uniform jerseys and hats.

But where did the name come from – the Fighting Squirrels?

Tell us about the Fighting Squirrels’ championship year, 2018.

We were 34-6 and the maximum age in Sr. Babe Ruth is 19. We won the ’18 title in Jamestown, New York, and we beat the Mobile (Ala.) Rawdogs, 4-1. We’ve had a bunch of excellent seasons, actually. We’ve also held nine Missouri titles, we’ve had 11 regional berths and have five regional championships. In ’13, we went 52-12. We have no dependable financial source, and I don’t get paid for being the manager. We raise money to cover expenses. 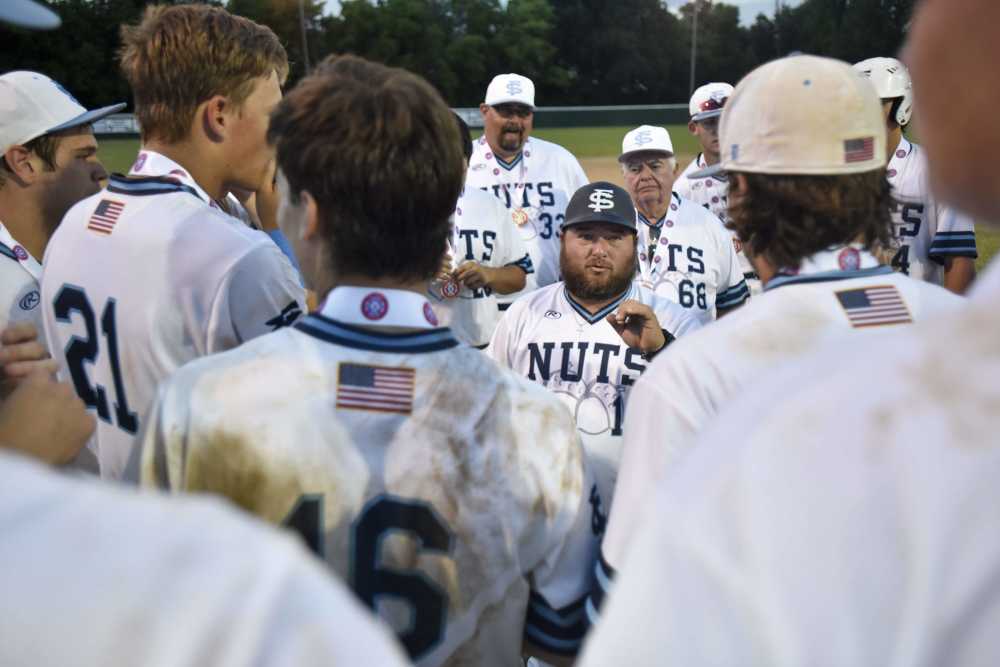 Driven by his personal journey, Michael Minner lives dream while leading Charleston Fighting Squirrels to historic season
By Josh Mlot ~ Southeast Missourian
Ask Michael Minner how he's doing, and undoubtedly the response is always the same. "Livin' the dream." At first blush it might appear to be a tongue-in-cheek throwaway line, especially from a man who admits he's done some hell-raising in his time, describes himself as "a kid for going on 39 years" and has been known to loosen up a room with a...

Tell me about the kids who play for you – either at the high school level or in Sr. Babe Ruth.

I like to think of my players as first-class representatives of Southeast Missouri. We’ve had Joe Panagos (Scott City H.S.), Hunter Hiett (Cape Central) and Brayden Eftink (Notre Dame) play for the Squirrels.

What’s the attitude you’re looking for from a young guy who plays for you?

I’m looking for hard-nosed kids who don’t make excuses. I want a player to do things the right way and learn how to be a team guy. Not everybody can start – and I expect to have 18 Squirrels with me in 2020 – and the ones who are not in the starting nine will get to play. I expect the bench to be supportive of the kids out on the diamond. I’ll play everybody in a doubleheader, for example.

Is there a “Michael Minner” system?

Yes, you’d better be able to bunt or learn how. Don’t run or steal when your team is up big. Don’t run the score up on an opponent. I believe in playing hard – and teaching the game by playing the game. You build a team around good pitching. Greg Maddux, former Braves hurler, is someone I followed. (Maddux) played smart, had great control and could manipulate the baseball – made it move. I like small ball, what used to be called “Whiteyball,” when Whitey Herzog was coaching the St. Louis Cardinals. Mike Shildt seems like an old school manager – and so am I, I think. It’s all about homers and strikeouts in the big leagues today, all the focus on gaudy power numbers. Today, MLB players strike out more in a single season than (the late) Tony Gwynn did in his entire career. I liked Gwynn, who made contact and was a superb doubles hitter. Hey, our guys know they’re going to have to win close games sometime.

If somebody is watching you manage, what will they see?

(Laughs). I thought of myself as a hell raiser when I was younger. I'm loud most of the time but sometimes I get really loud. I have been ejected.

I'm an only child. My parents, Robin and Robin Minner, live in Charleston. My wife, Lisa, is a teacher of world languages. We grew up together. We’ll have been married 10 years this summer. Lisa runs our concession stand, keeps my schedule and calendar and organizes our lives. The nicest thing anyone ever said to me was when Lisa said “yes” when I proposed.

Coaching keeps me young. I like being out there with the kids. I put my heart into baseball and I saw the benefits of the game, mainly the chance to have great relationships, develop in my life.