C3D1 Boys Quarterfinal: No. 4 seeded Caruthersville shoots its way past No. 5 seeded Malden 77-49 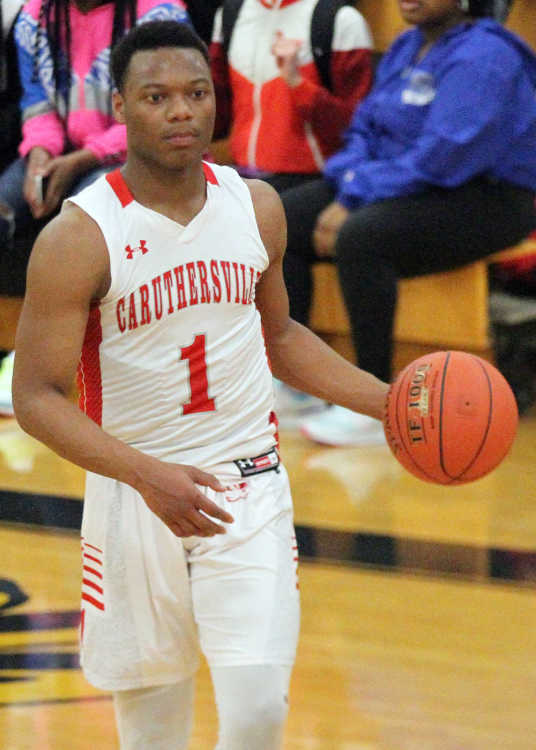 KENNETT, Mo. - The No. 4 seeded Caruthersville Tigers varsity boys basketball team saved one of its best shooting nights of the season for the start of the playoffs Saturday night.

Caruthersville hit 30 fields and had four players finish with at least 11 points as it shot its way past the No. 5 seeded Malden Green Wave 77-49 in a Class 3, District 1 quarterfinal at Kennett.

“We turned it on tonight,” Caruthersville coach Lamonte Bell said. “We came to Kennett earlier in the week and played a good half, maybe three quarters and did the same thing Thursday night against Sikeston. I told the guys to come out with full energy tonight because it’s win or go home. We turned our defensive pressure up tonight and played with more patience on offense. We made good shots and it worked out for us tonight.”

Caruthersville built an 18-10 lead about seven minutes into the first quarter and increased its lead to double digits at 29-19 late in the second quarter. Malden cut the deficit to 29-23 at halftime before the Tigers went back up double digits at 40-27 with about five minutes left in the third period.

“We were rebounding the ball and taking care of it when we made our run,” Malden coach Cole McBroom said. “The biggest key when you are playing a lot of the teams in this district is securing rebounds and then not turning it over. When we made our runs we were doing those things. But we did not do that the entire game tonight.”

Caruthersville responded quickly to Malden's spurt as it increased its lead to 50-40 by the end of the third quarter and outscored Malden 27-9 in the fourth quarter.

“We had too much quick offense the third quarter,” Bell said. “Once we slowed it down and ran our offense again we got back to taking good shots and getting defensive stops instead of letting Malden get out in transition and score off of our bad shots.”

Junior guard Brandon Fonda paced Caruthersville with 21 points. He hit half of the Tigers’ six 3-pointers, all of which came in the first quarter.

“Everybody contributed tonight and played hard,” Bell said. “They understand what time of year it is right now.”

Shay Amoss is the only senior on a Malden (11-14) squad that increased its win total by nine this season.

“Hats off to Shay Amoss,” McBroom said. “He tried something new when he went out for basketball last year for the first time since seventh grade. He’s an excellent football and baseball player. He came out and gave me everything he had in basketball. Guys like Shay Amoss are what coaches call foundation builders. They are guys that don’t care to take the bad jobs or take a back seat to a little bit better athlete. But they are there every day and give you all they’ve got. Those types of guys are very appreciated in a program and help build a program by giving it a foundation.”

Caruthersville (9-12) will take on No. 1 seeded Charleston in a semifinal Tuesday at 6 p.m. Charleston, which is ranked No. 3 in the latest state poll, beat Caruthersville 90-36 on Jan. 28.

“Charleston will be ready to play,” Bell said. “We’ll enjoy the ride home and get back in the gym and try our luck against Charleston on Tuesday.”