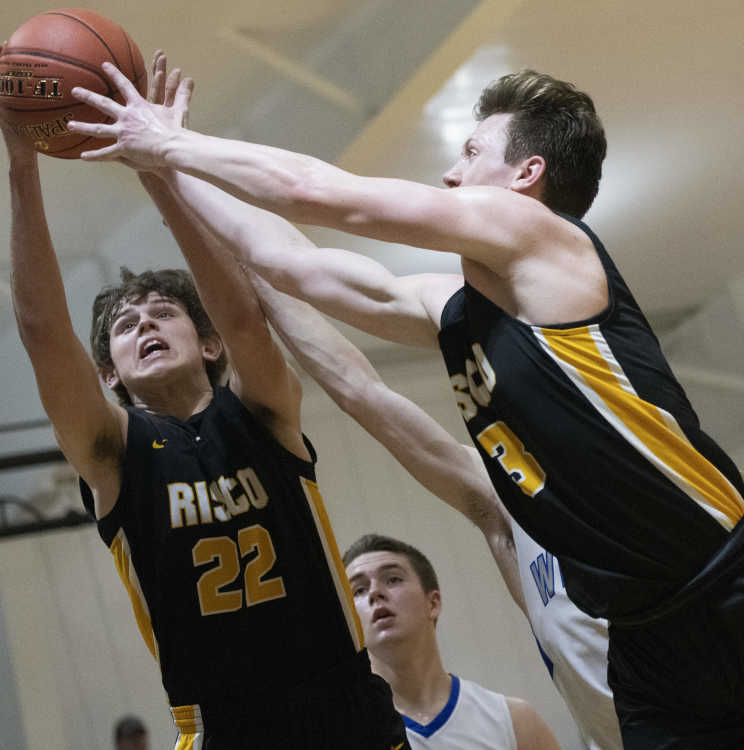 BELL CITY - You can forgive the Risco boy’s basketball players if they sleep in this morning. After all, the Tigers have had to endure a number of physical challenges over the past eight days and their biggest test yet looms in the next 36 hours.

Risco held off a pesky Leopold squad 71-64 Saturday at Bell City to advance to the semifinal of the Class 1 District 2 Tournament.

Its reward for the victory is facing a Delta squad that scores like no other team in this area, and perhaps even, the state of Missouri.

“Man,” Tiger coach Brandon Blakenship said of facing the Bobcats, “you definitely have to get back (on defense).”

Risco (14-11) won the District last season but is the fifth seed this year. Delta (21-5) was ranked ninth in the final MSHSAA poll and has averaged 94 points per game this season. The Bobcats topped host Bell City Saturday 100-59.

“They have some really, really good players,” Blankenship said. “They use a lot of guys and they come at you full-tilt and full-speed.”

Risco entered the tournament on a two-game skid, but with good reason. The Tigers faced Gideon (Feb. 14 for a 63-58 loss) and Hayti (Feb. 18 for a 74-43 loss) prior to Leopold and those two teams have a combined 40 wins this season.

The Tigers didn’t show a lack of confidence against the Wildcats (13-13), as they answered multiple challenges from Leopold.

The Wildcats led 21-15 early in the second quarter following a basket from sophomore center Mason Deck, who took the pass from sophomore guard Caleb Schaab. However, Risco went on a 9-1 run, which was capped by a basket from senior Andrew Rodgers off an assist from junior point guard Kamron Meese.

“(Rodgers) has definitely been one of our weapons all year,” Blankenship said. “He’s a tough kid.”

Leopold fought back to tie the game at 28 early in the third quarter, but Risco took off on an 11-2 run and led 39-30 following a 3-pointer from Rodgers.

To the Wildcats’ credit, they stormed back with a 15-3 run and led 45-44 entering the final quarter.

“We were in foul trouble (in the third quarter),” Blankenship explained. “We had some guys out there who don’t play a lot of varsity. We were trying to weather the storm a little bit.”

The strategy worked because as Risco came back with its main players, Leopold’s starters began to get into foul trouble of their own.

Deck picked up his fourth foul at the 4:23 mark and eventually fouled out with 2:40 remaining in the game.

Schaab had departed earlier at the 3:19 mark.

“What it did for us,” Blankenship said of slowing the pace of the game, “was it forced Leopold to come out and pick us up in man (defense). We executed quite a few of our (man offensive) sets and got some buckets.”

Rodgers finished with a game-high 30 points and will present a physical challenge for the Delta defenders. He has the size (6-foot-2) and strength to play inside, but the skills to hurt you from the perimeter, as well as off the bounce.

Meese was nearly as effective, as he totaled 24 points and ran the Tigers’ offense.

“You can’t really rely on one guy to handle the ball that much because (Delta) will double-team you and try to disrupt what you do.”

Leopold was paced by junior Cameron Abernathy with 20 points, while Deck (16) and Schaab (15) also contributed.

The Wildcats only had one senior in their starting lineup and finished the season with the most wins in six years.