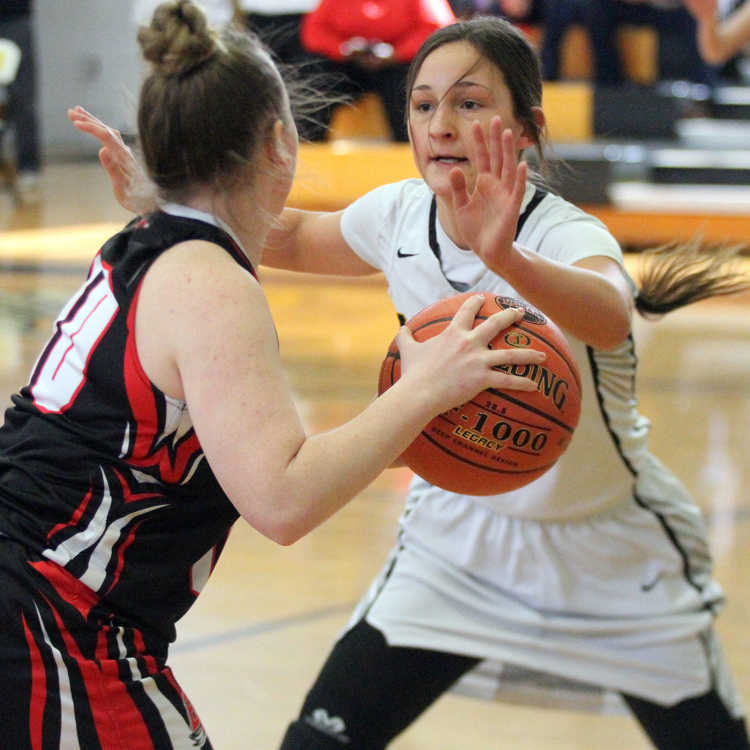 No. 2 seeded Doniphan jumped out to a 22-0 lead and led by at least 20 points the rest of the way as it eliminated the No. 7 seeded East Prairie Eagles 58-13 in a Class 3, District 1 quarterfinal.

“Our starters did a good job setting the tone early and then everyone else got to play,” Doniphan coach Adam Epps said. “It was good to get so many girls out there today incase we have to count on them later in the tournament.”

Neither team had a player score in double digits.

Any Jones, Timber Turner, and Brooklyn Klepzig paced Doniphan with nine points each. Alison Skaggs finished one point behind with eight points. Six other players scored at least one point for the Donettes.

“A lot of players got time today,” Epps said. “Everyone was focussed and playing hard when they got their opportunities. I was really proud of the way they carried themselves today.”

Six-foot center Makenzie Williams, who has signed to compete in track and field at Southeast Missouri State University next season, paced East Prairie (0-22) with six points. Three others players recorded one field goal for the Eagles.

“Doniphan is a great team,” East Prairie coach Ron Riddle said. “They are very seasoned and well-coached. We have a lot of young girls on our squad. We have three seniors and I thought they all played hard today. Our effort was there. We’ve just got to get some more experience.”

Doniphan improves to 20-7 with the victory. Doniphan will play No. 3 seeded Kennett in a district semifinal Monday at 7:30 p.m.

“We played everyone today,” Riddle said. “There is not a big difference in our talent. We’ve got nine freshmen, two sophomores, and a junior returning next year. Hopefully a few more will come out and join them but the future looks promising for us.”