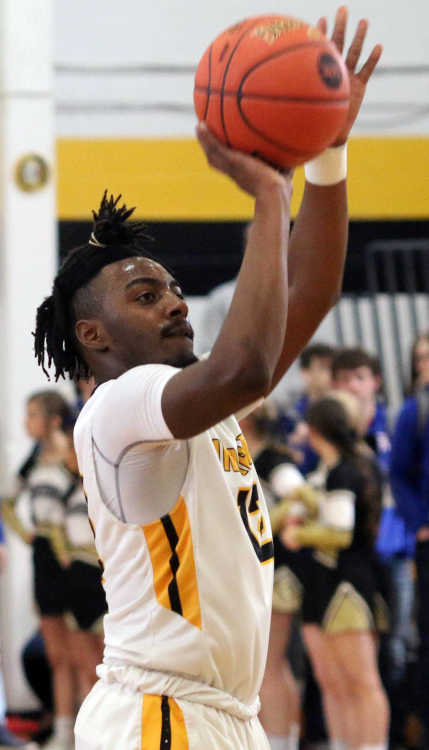 The Indians managed to cut an early seven-point deficit to 18-16 by the end of the first quarter.

The Indians followed with a 13-0 run to open the second quarter as it moved ahead 29-18 with 5:50 left in the first half. Kennett continued to lead 40-28 at halftime and led by double digits throughout the second half as it eliminated Doniphan 73-51.

“We didn’t do a great job defensively in the first quarter,” Kennett coach Andrew Halford said. “Doniphan came out with a lot of energy and hit some shots. They also got us in some foul trouble. But we were able to compose ourselves and were only down two after the first quarter. Then in the second quarter we started to set the tone with our defense.”

“Kennett is a good basketball team,” Doniphan coach Daniel Cagle said. “They have been ranked No. 7 in the state for a reason. But I thought we came ready to play. We believed we could compete with this team. The first quarter I thought we played really well.”

After a Kennett timeout, senior guard Marsayv’aun Harrell hit consecutive 3-pointers to cut Doniphan’s lead to 15-14 with 1:36 left in the first quarter. Harrell continued to enjoy success the rest of the way as he tallied 15 points in the first half and eight more in the second half to finish with a game-high 23 points.

“He hit some 3’s and got some transition buckets in the second half when he forced some turnovers,” Halford said.

“Getting out in transition really helped our offense tonight,” Halford said. “Carter Maddox also did a great job getting rebounds for us on the offensive glass. He even got his own free throw miss late in the game. He’s just a hardworking kid.”

Doniphan, which is blessed with size, scored frequently in the paint.

Six-foot-six junior center Orie Owen tallied 10 points in the first half and 13 points in the second half to pace Doniphan with 23 points. Six-foot-four freshman forward Kameron Barton contributed eight more points in the paint.

“We played our freshman Kameron Barton a little more tonight with Orie Owen,” Cagle said. “We tried to play big because Kennett has some size and I thought those two guys did a good job. When we got it down to them they scored.”

Sophomore Ethan Jones hit all three of the Dons’ 3-pointers. He finished with 11 points.

Doniphan finishes its season with a record of 12-15. It does not have a senior on its roster.

“We’ve played four sophomores and two juniors in our six-man rotation most of the season,” Cagle said. “We’ve also got Kameron Barton who is a freshman. We are definitely excited about bringing everybody back next year. We are happy with the way we competed this season and feel like we have a chance to be a really god basketball team next season.”

“They are very good,” Halford said. “They guard very well and are very patient on offense. They press the fire out of you so we are going to have to take care of the ball. We can’t start the game like we did today because they will jump all over that. We need to play at a high level as soon as the ball is thrown up in the air Tuesday night.” 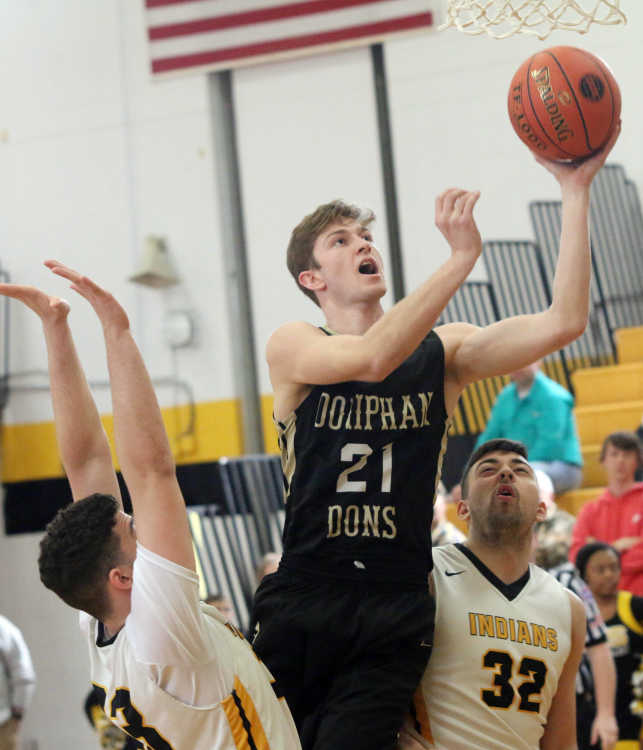 Photo by Alex Wallner, staff
Doniphan's Orie Owen rises for a shot at the rim near Kennett's Kobe Gates (32) in a quarterfinal of the Class 3, District 1 boys basketball tournament Saturday at Kennett High School.
Order this photo
Respond to this story