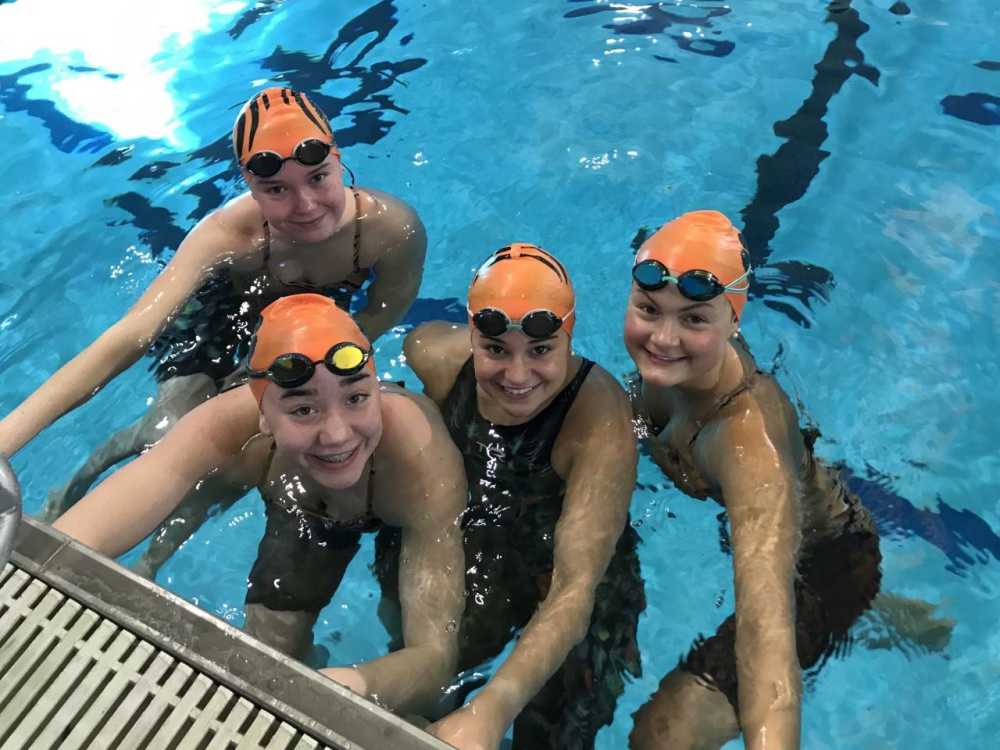 1. Each of her four swimmers could improve on their performance from Thursdayís prelims, and

2. If the Tigers were going to win, they needed a magnificent effort from junior Grace Sanders in the anchor freestyle leg.

Both things occurred just as Powell thought and the end result was a first-place finish by Cape Central in a time of 1:50.91, which was 1.25 seconds faster than the groupís prelim swim.

ìA year ago,î Powell explained, ìthose girls started believing that they could win the medley relay. Three of those girls were on the (winning) relay last year that won.î

Cape sophomore Lauren Lamar replaced the McDonald (now a freshman swimmer at the University of Evansville) this year and the group had championship potential, but a lot of things needed to occur to achieve that.

Following Thursdayís race, the Cape squad was second behind Parkway West, whose anchor leg (senior Lauren Beard) was arguably the fastest in the field.

ìIf Ava got out good,î Powell explained of her Friday strategy, ìwe felt like we had the stronger breaststroke and butterfly of all the teams.

And they were, particularly Beard.

Duncan dropped her time .14 from Thursdayís race, but was still in third place at the end of her leg.

A strong swim (.07 seconds faster than in the prelims) by Dennis overtook Parkway West entering the fly leg and Lamar dropped her time .12 seconds to give Sanders a 1.08 second lead with 50 yards to race.

ìYesterday,î Powell said of Sandersí schedule, ìshe had four big events. Today she went in more focused on the tempo (of the relay) and being able to pick up the pace.î 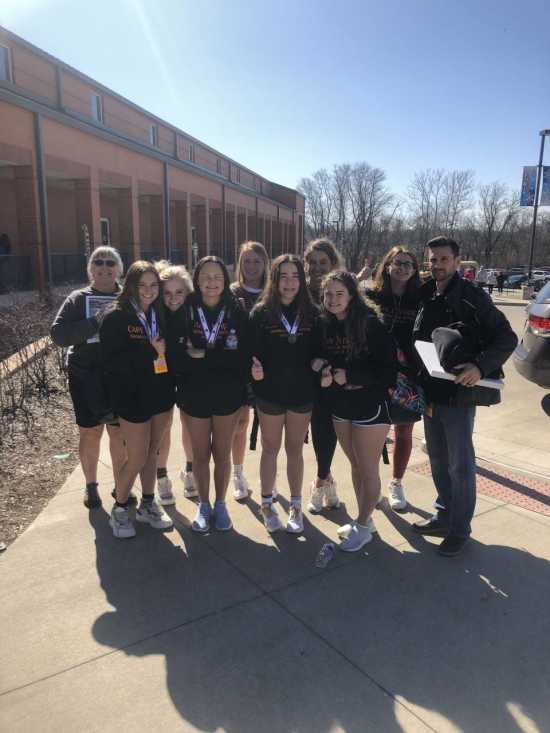 The Cape Central swim team poses outside of the St. Peters (Mo.) Rec-Plex after finishing 10th as a team in the MSHSAA Class 1 State Swim Finals Friday.
(photo provided)

In a distance (50 yards) where success is measured in hundredths of a second, Sanders dropped her time from the prelims 1.16 seconds, which was an astonishing performance. And she needed every bit of it to hold off Beard, who swam the second-fastest leg of the eight teams competing.

The Tiger squad doesnít have a senior in the group and is just 1.14 seconds off the MSHSAA Class 1 state record, so Powell said ìthey have their sights on that for next year.î

The Tigers finished 10th in the team standings (93 points), while Parkway West (171) took the team title. 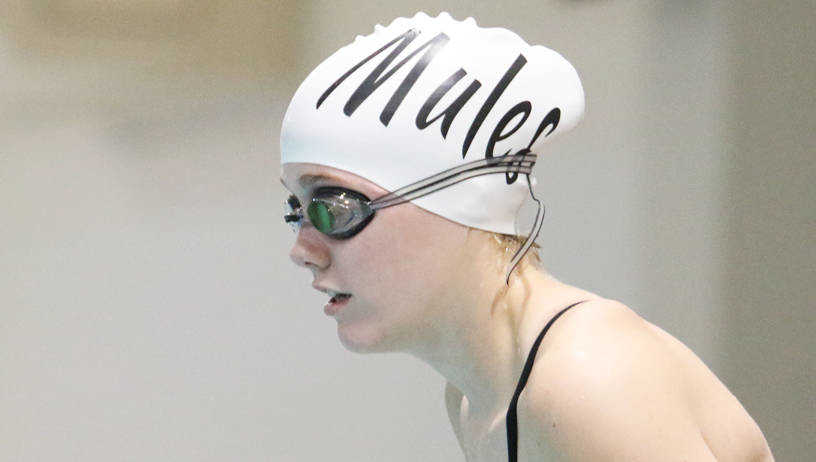 Poplar Bluff's Bradley advances to state finals in 50-freestyle
By BRIAN ROSENER, Daily American Republic
ST. PETERS, Mo. -- Paige Bradley advanced to the finals of the 50-yard freestyle at the MSHSAA Class 2 state swimming championships Friday. The Poplar Bluff senior cut 0.38 of a second off her previous-best time, finishing eighth at 24.71 seconds. "She had a good start and she said she held her breath the entire time," Mules coach Beth Lewis-Muse...

Poplar Bluff senior Paige Bradley led the area contingent in the Class 2 prelims Friday with an 8th-place swim in the 50 free race.

Bradley will join Jackson sophomore Hadley Wyatt in the diving competition this morning, followed by racing in the swim finals in the afternoon.

Other area swimmers who competed in the Class 2 prelims included: