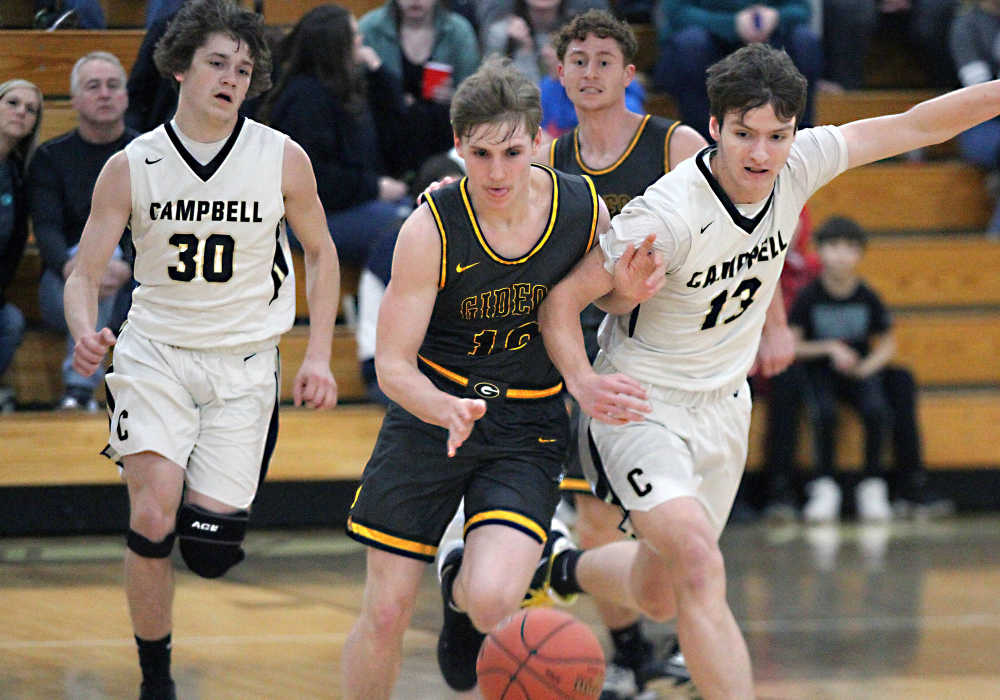 Campbell became only the third squad this season to hold the visiting Gideon Bulldogs to less than 40 points.

“We had a few mishaps the first half and they got some runouts,” Campbell coach Steve Fowler said. “But the second half I thought we buckled down and eliminated some of their transition offense and also defended well in the half-court.”

Neither team led by more than four points in a first half that ended with Campbell clinging to a 21-20 lead.

Campbell heated up from perimeter early in the second half as it knocked down three of its four 3-pointers in the third quarter. The hot perimeter shooting helped Campbell outscore Gideon 18-9 in the third period to pad its lead to 39-29 by the start of the fourth quarter.

"The third quarter was a big quarter,” Fowler said. “We came out of halftime and hit a few shots after a low-scoring first half. We got a little bit of a lead in the third quarter and was able to control the game in the fourth quarter.”

Junior guard Blake Fowler paced Campbell with 27 points. Fowler knocked down 15 of the 17 free throws he attempted, including 10 of 11 in the fourth quarter.

“It was a very physical game,” Gideon coach Jordan McGowan said. “I really felt like we didn’t handle the physicality underneath the basket. They shot a lot of free throws and we didn’t. But we’ve got to control what we can control and our kids need to realize that heading into the district.”

Senior guard Sam Williams recorded six points in each half to pace Gideon with a dozen points. Senior guard Gage Stover knocked down a field goal in every quarter on his way to an 11-point performance for the Bulldogs.

“Campbell is a very good team,” McGowan said. “I thought our kids battled and matched their intensity in the first half. Things just got a little out of reach for us in the third quarter and Campbell did a good job handling the ball in the fourth quarter. They have some really good guards and we just couldn’t take the ball away from them late.”

“We had two really good games this week against Campbell and Senath-Hornersville to get us ready for the district,” McGowan said. “So hopefully we will be ready to go on Saturday."

“Portageville is Portageville so it’s going to be a tough matchup,” Fowler said. “Coach Irby does a great job with his kids at Portageville and they will be ready to play so we better be ready as well.” 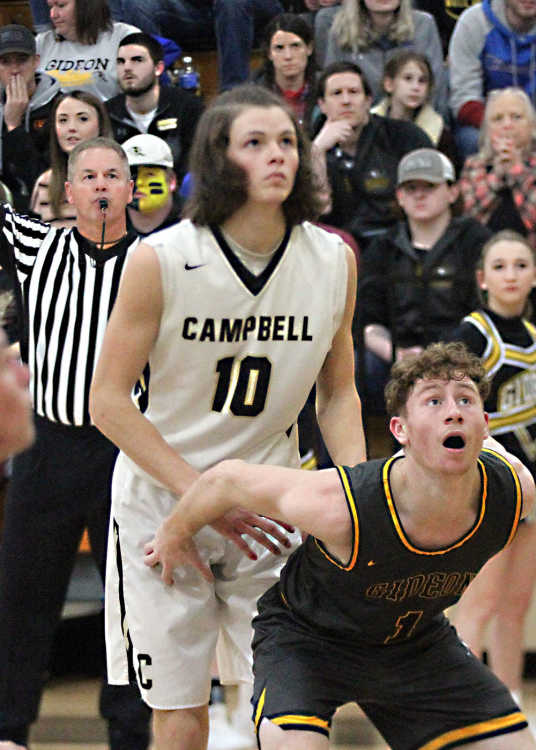 Photo by Dustin Ward, staff
Campbell Jacob Vines (left) and Gideon's Sam Williams eye a rebound in a varsity boys basketball game at Campbell High School Thursday night.
Order this photo
Comments
View 4 comments
Note: The nature of the Internet makes it impractical for our staff to review every comment. Please note that those who post comments on this website may do so using a screen name, which may or may not reflect a website user's actual name. Readers should be careful not to assign comments to real people who may have names similar to screen names. Refrain from obscenity in your comments, and to keep discussions civil, don't say anything in a way your grandmother would be ashamed to read.
Respond to this story