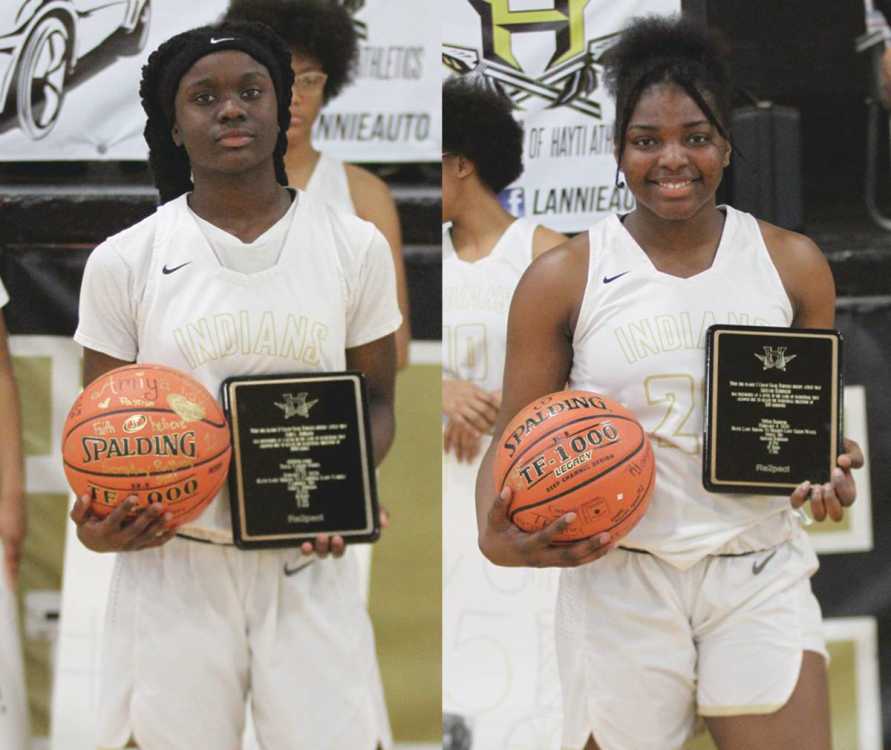 HAYTI, Mo. - It is no secret the Hayti Indians varsity girls basketball program is currently amidst one of its most successful runs.

Hayti, which won its first district title in girls basketball since 2013 last season, repeated as champions of the Bootheel Conference Tournament for the first time in school history earlier this month.

“It felt great to be honored,” Johnson said. “Today was awesome.”

“Today was a surprise for me,” Robinson said. “I knew we were honoring Amiya for reaching 1,200 points but I didn’t know I was being honored for my rebounds. It was definitely a surprise.”

“I’ve coached Amiya since the sixth grade and she has always been a scorer,” Hayti coach Craig Rodgers said. “She has a knack for the ball, shoots the gap well, and plays defense well. She’s just a great all-around player that hasn’t reached her ceiling yet.”

Robinson entered Thursday with exactly 500 rebounds and bringing down her 500th rebound on Feb. 13 against East Prairie.

“Ariyani has just been great for us,” Rodgers said. “I’ve coached her since seventh grade and she’s made gradual improvements to develop into the player she is now. She changes the whole complexion of our team. Her character says a lot about her. She’s a really fun person to be around. She is the energy of our team and when she’s on the floor she makes everyone around her better. She can take us space, finish around the basket, and she rebounds well.”

Johnson, Robinson and the rest of their teammates had the opportunity to perform in front of a near-capacity crowd at Hayti Thursday afternoon. The Hayti student body was allowed to attend the varsity girls basketball game that got underway at 1 p.m.

“I want to thank Scott County Central for coming down here,” Rodgers said. “They could have easily said no. We appreciate their administration, athletic director, and coach for accepting the invite to play in front of our entire school and student body.”

Hayti jumped out to an early 10-3 lead and led 20-14 at the end of the first quarter before Scott County Central narrowed the deficit to 33-32 at halftime. Hayti caught fire from the perimeter in the second half as it hit six of its eight 3-pointers after halftime. The hot shooting helped Hayti outscore Scott County Central by 17 points in the second half as it secured a 76-58 home victory.

“We started off OK the first couple minutes and then we settled down too much,” Rodgers said. “We got a little bit stagnant on defense and missed some easy buckets around the basket. But after halftime, the shots just started falling. Playing hard the entire game remains the key for us moving forward."

Johnson and Robinson both enjoyed stellar performances against Scott County Central. Johnson knocked down seven 3-pointers on her way to a game-high 40 points.

“I just want to keep going,” said Johnson, who increased her career scoring total to 1,245 points.

“I’m tall and play down low,” Robinson said. “That’s my territory down there so I’ve got to bring down rebounds.”

Scott County Central talent Micah Adams enjoyed her own success on the hardwood Thursday. Adams knocked down 10 of 14 free throws and recorded a team-high 11 2-point baskets on her way to a 32-point performance.

“She shoots the ball really well in the paint as a guard,” Rodgers said of Adams. “She’s hard to defend because she’s quick and can shoot a mid-range jumper. She’s going to be a player. Scott County Central always develops their players and she’s going to be a good one.”

Scott County Central falls to 17-6 with the loss.

Hayti improves to 16-5 with its 15th straight victory.

“To go on a 15-game winning streak with my family I’ve been playing with all my life is really great,” Robinson said. “I’m really looking forward to the rest of the season. We want to try to go farther than last season.”

Hayti, which advanced to the Class 2 state sectionals last season before falling to eventual state champion Thayer, begins its quest to repeat as district champs Saturday. No. 2 seeded Hayti plays No. 7 seeded South Pemiscot in a Class 2, District 1 quarterfinal Saturday at 2:30 p.m. at Campbell High School.

“It gets harder from here, not easier,” Rodgers said. “We’ve won 15 in a row and we have to keep that going now or it’s over. To win the state title we are going to have to win 22 in a row. We want to make it to the final four and win state. To get that done we’ve got to win seven more games and extend that winning streak to 22. We’ve got to work hard and not overlook anyone because anyone can get you on any given night. We need to understand South Pemiscot won’t take it light on us Saturday. We need to stay focussed and play Hayti basketball.” 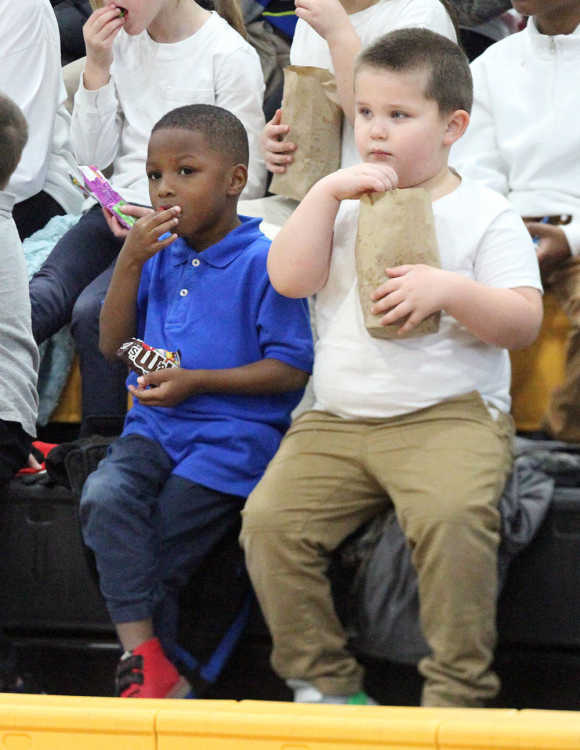 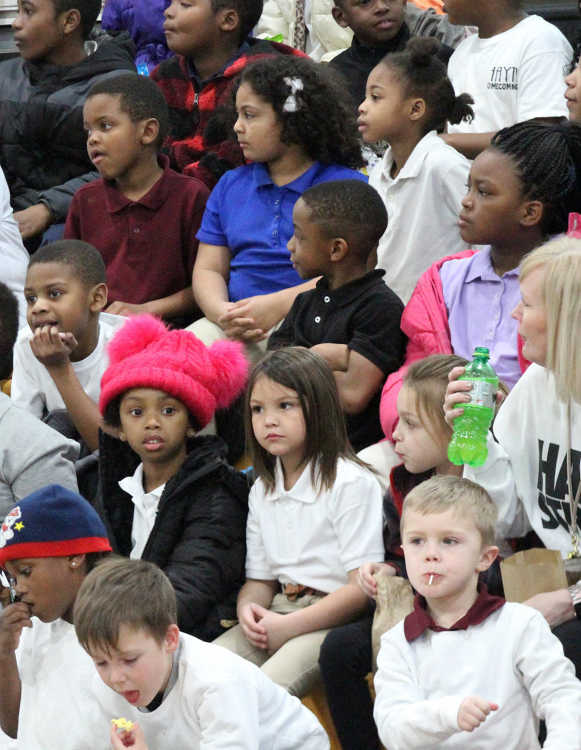 Photo by Dustin Ward, staff
The Hayti student body looks on at a varsity girls basketball game Thursday afternoon at Hayti High Schoo.
Order this photo
Respond to this story