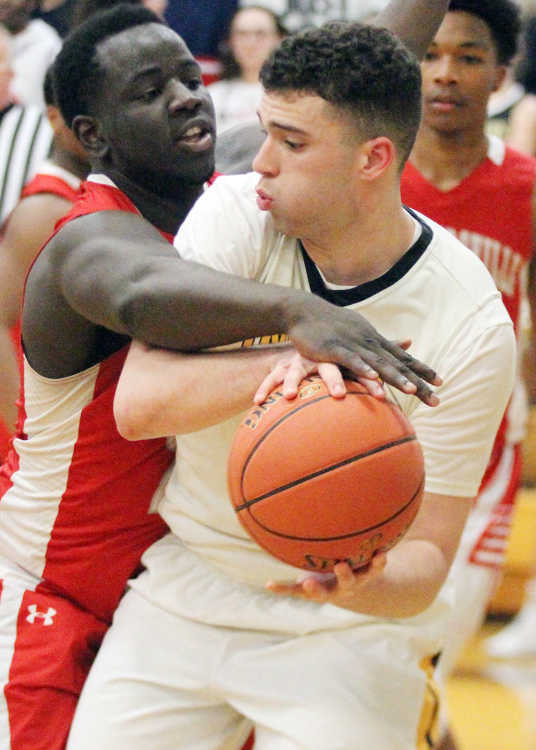 Kennett outscored Caruthersville 26-10 in the final eight minutes of regulation on its way to a 77-55 victory on Senior Night at Kennett High School.

Neither team led by more than three points in the first half. The Tigers led 17-15 after one quarter before the Indians moved ahead 32-31 by halftime.

Kennett held Caruthersville scoreless for the first four minutes of the second half as it padded its lead to 39-31.

“When you are able to keep a team from scoring for a long period it gets the other team discouraged,” Halford said. “We also hit shots some shots to open the second half. That helped get us some momentum."

The Tigers cut the deficit to 51-45 by the end of the third quarter but struggled to score in the fourth quarter. Kennett scored the first six points of the fourth quarter to increase its lead to 57-45 with 6:06 remaining and led by double digits the rest of the way.

“Poor free-throw shooting and rebounding got us late in the game tonight,” Caruthersville coach Lamont Bell said. “They took us out of our offensive sets in the second half. We also had a couple of stretches we couldn’t make a shot and Kennett hit four 3’s in the second half. Kennett is just a great shooting team.”

Kennett sophomore Ben McMullan hit nine 2-pointers, a pair of 3-pointers, and made both free throws he attempted. He finished with a game-high 26 points.

Kennett senior Jackson Henfling knocked down three 2-pointers, three treys, and made all six free throws he attempted. He finished with 21 points.

“They are a very unique group of guys that are competitive, want to win, and want to do things at a high level,” Halford said. “We’ve been blessed to have them as part of our team. We want to make sure we finish the season at a very high level for them. We want them to make a run in this district and see how far they can get.”

Caruthersville (8-11) closes out the regular season Thursday at Sikeston before taking on Malden in a Class 3, District 1 quarterfinal Saturday at 8 p.m. at Kennett.

“I like closing out the season with Kennett, New Madrid, and Sikeston the last three games,” Bell said. “If you can find a way to play with those guys you know you are ready for your district.”

“We are going to have to be ready to play from the jump because Doniphan is a very well-coached, fundamental, hard-nosed team,” Halford said. “It’s also the third time we are playing them so both of us know each other well. We are going to have to play at a very high level to come out on top in the district tournament."