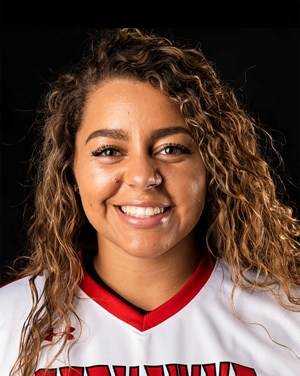 In the first game of a doubleheader in girls softball action in Troy, Alabama, it was the pitching of Southeast Missouri State pitcher Paytience Holman that would be the story leading the Redhawks to a 7-0 win.

The only time Holman was in trouble was in the bottom of the fourth inning when she gave up a hit, which advanced a runner on a previous fielding error. She then threw a pitch in the dirt, which got past catcher Rachael Donald and allowed the Southern Miss runner to advance to third base.

Holman would then buckle down to strike out the next 2 of 3 batters she would face. She was on cruise control after that.

The offense would give Holman more than enough run support as Ashley Ellis would hit a two-run home run in the bottom of the sixth inning to put an exclamation point on the scoring. Ellis would finish with a game-high four RBIs.

In the second game, it was more offense supplied by the Southeast Missouri State bats, as they would explode for 13 runs and beat Troy 13-3.

Rachel Anderson knocked in four RBIs, including a three-run triple in the seventh inning to help the offensive onslaught.

Madison Harris would compile three hits as well as two RBIs herself to help.

The Redhawks will try and exact revenge to finish out the weekend with a single game today against the Kennesaw State Owls at 2 p.m.