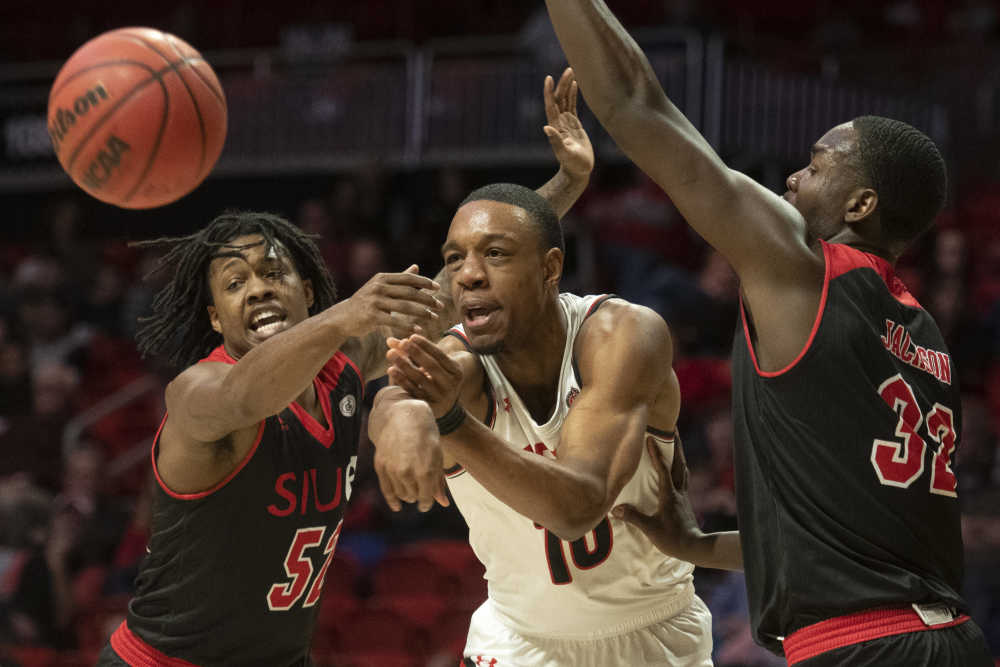 Southeast men’s basketball seems to be an enjoying a late season renaissance, posting its second consecutive win Saturday and its third victory in the last four outings, defeating SIU-Edwardsville, 75-71.

It was a pitched battle as the game featured 11 ties and six lead changes.

SIUE’s Zeke Moore drained a 3-pointer with 1:17 left to tie the game at 69. Southeast scored six of the final eight points of the contest – four of them coming from Alex Caldwell.

The Redhawks came out of the intermission cold, shooting 1-of-11 to begin the second half.

Alex Caldwell and Quatarrius Wilson followed with 15 and 13 respectively.

Assistant coach Keith Pickens again ran the men’s team from the bench, as head coach Rick Ray continued to be sidelined by the flu.

Pickens said the Redhawks have not been eliminated as yet from a spot in the upcoming OVC tournament in Evansville, Illinois.

The Redhawks occupy last place in the 12-team conference.

Only the top eight teams are invited to contend in the tourney.