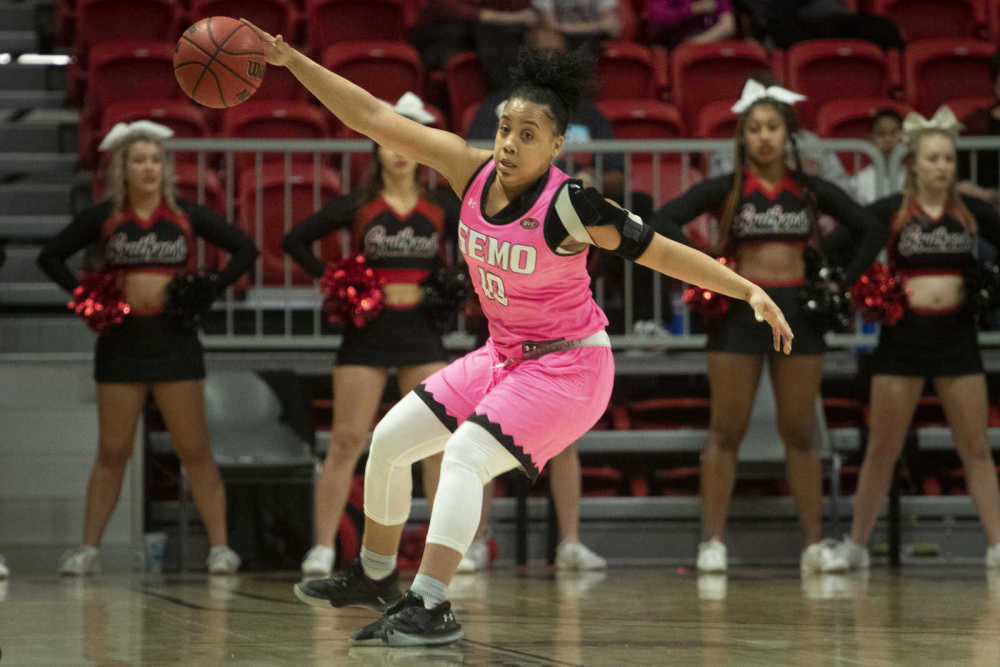 Before the largest crowd to see a Southeast women's basketball game this season, the Redhawks routed SIUE (3-22, 1-13 Ohio Valley Conference) Saturday, 80-57, at the Show Me Center.

"I'm pleased at our effort today," said Southeast coach Rekha Patterson, who doled out particular appreciation for freshmen Sophie Bussard and Roshala Scott, who came off the bench to lead the OVC-leading Redhawks in rebounds, with eight and five, respectively.

"Sophie and Rose were the stars of their high school teams," said Patterson, "so to see them being willing to play behind our starters and come in with energy and effort is really rewarding."

Four Redhawks were in double figures for the winners, led by junior Tesia Thompson with 23.

Carrie Shephard added 19 with three 3-pointers; sophomore Taelour Pruitt added 17, with five of her field goals coming beyond the arc; Scott finished with 11.

Senior Jessie Harshberger started the contest for the winners but logged only two minutes.

"Jessie was in pain today," informed Patterson, "and she played as much as she could. As a senior, (Harshberger) wants to be out there."

The size of the crowd, 1,223, did not escape the attention of the players.

"We realized how big (the attendance would be) when we saw we were out of game passes," said Shepherd, the 5-foot-4 redshirt senior from South Pemiscot High in Steele, Mo.

"When Southeast wins, and it doesn't matter what sport, people will show up," added Patterson. "Look at the turnout (last fall) for football."

The Redhawks gained their largest lead, 29 points, with 3:05 remaining in the contest and stars Shephard and Thompson finally came out of the contest with the outcome not in doubt.

The Redhawks kept the pressure on despite the large lead, contesting loose balls and leaping to steal passes even late in the game.

"Nobody let up on us when we were losing," said Thompson, "so why should we (let up now)?"

Southeast has not won 20 games since the 2007-08 season, when the Redhawk women went 17-3 in conference and won the OVC regular season title. Their 11 consecutive victories are the most since logging 12 wins in '07-'08.

When the Redhawks have lost this season, it has been in games when their field goal percentage was lower than their opponents.

"It was a total team effort," said Patterson, who had a postgame shout out for a VIP fan of the team.

"(Southeast) President (Carlos) Vargas' wife, Pam, reminded us on social media not to look past (SIUE)," said Patterson, "and believe me, we took notice."