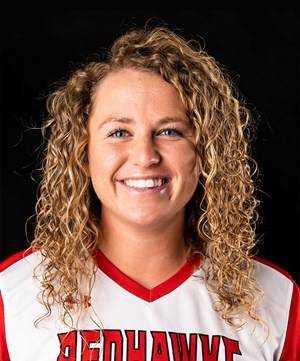 In the first game of a double-header at Troy University it was a four-run third inning by the Owls of Kennesaw State that would spell doom for the Southeast Missouri State Redhawk softball team in its season opener.

The Redhawks would get out to an early 1-0 lead in the bottom of the first but the Owls answered back with one of their own in the top of inning number two.

Then in the top half of the third inning the proverbial wheels would fall off for Southeast.

Kennesaw State (6-0) would score one in the second, four in the third, and one in the fifth to down the Redhawks who would only manage one run in the first, one in the third inning, and plating two in the sixth.

No Southeast (0-1) hitter had more than one hit (only totaling three), but would receive a pinch hit double by Anna Griffin to plate one of the late runs.

Senior outfielder Rachel Anderson would also hit a double and plate an RBI in the loss.

The second game would have drastically different results for the Redhawks.

Southeast would score 16 runs on 19 hits and four different Redhawk hitters would hit home runs as they would edge out the Purdue Fort Wayne Mastodons 16-15 in extra innings.

The pitching would struggle mightily for the Redhawks. Junior Kaylee Anderson would get the win (1-0) but would give up nine runs (five earned) on eight hits. She did strike out three and walked three.

Southeast Missouri State will play two more games today as they will play Southern Mississippi at 9 a.m. and then Troy University at 2 p.m.