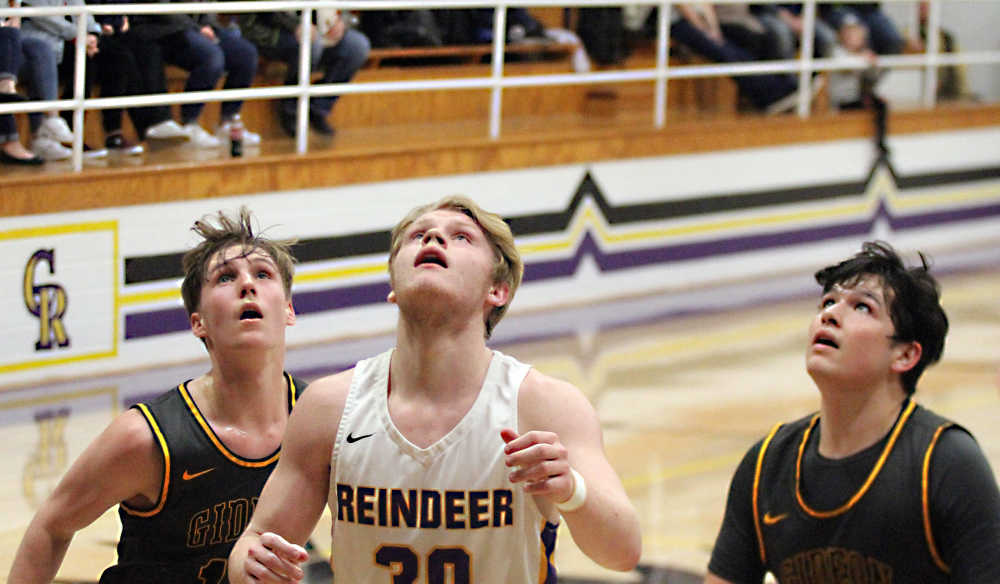 CLARKTON, Mo. - The Clarkton Reindeer varsity boys basketball team kept things close for three quarters but was unable to put together the finish it needed to become the first team beat the Gideon Bulldogs in the 2020 calendar year Thursday night.

No. 1 seeded Gideon outscored No. 4 seeded Clarkton 19-7 in the fourth quarter on its way to a 66-49 victory in the second semifinal of the Tri-County Conference varsity boys basketball tournament at Clarkton High School.

“Our guys really stepped up late and got some big stops on defense,” Gideon coach Jordan McGowan said. “We played really hard tonight. I thought Clarkton came out with a good game plan and executed well on offense the first three quarters. Our guys just stepped up in the fourth and closed the game out well."

Both teams led by at least six points in a see-saw first half.

Gideon scored the first six points of the game to take a 6-0 lead and force a Clarkton timeout by the 6:13 mark of the first quarter.

Gideon continued to enjoy success early in the second half as it put up the first six points to increase its lead to 39-32.

Clarkton cut the deficit to 47-42 by the end of the third quarter but Gideon scored the first 10 points of the fourth quarter to pad its lead to 57-42 with 4:45 left.

“We tried to shift gears to man to man tonight,” Clarkton coach Jordan Bridewell said. “It worked in the first half but we got a little sloppy in the second half and they got a few easy buckets in transition. But hats off to them because they are a great team. There are some good teams in their district but I think they've got as good of a shot as anyone "

“They overplayed us late when they were trying to get back in it,” McGowan said. “Our kids read their defense well and Brevin Vires got three assists when he threw the ball down the floor to Sam Williams. He really sees the floor well and did a good job throwing it deep late.”

Senior guard Gage Stover also finished in double digits for Gideon with 17 points. Stover hit a 2-pointer as the buzzer sounded at halftime and made a desperation 3-point attempt as the buzzer went off at the end of the third quarter.

Junior guard Izaya Gorman tallied 12 of his team-high 18 points for Clarkton before halftime. Gorman hit a pair of 3-pointers in the first half.

Sophomore Rica Brown also scored in double digits for the Reindeer with 15 points. Brown made seven of the eight free throws he attempted.

Clarkton (10-12) turns its attention to postseason play following the conference tournament. Clarkton has received the No. 2 seed in Class 1, District 1. Clarkton will take on No. 7 seeded Koshkonong in a district quarterfinal Feb. 22 at 2 p.m. at Southland High School in Cardwell, Missouri.

“We’ve got Koshkonong in the first round,” Bidewell said. “We’ve looked at their box scores but don’t know much more about them. It’s tough playing a team you don’t know much about so we will try to get some film on them. Cooter is the team to beat in that district but we cannot overlook anyone. If we come to play we have a chance but I think four or five other teams do as well.”

Gideon (18-4), which has won 14 straight, remains in contention for its first conference tournament title since 2016. Gideon will take on three-team defending champion Risco Friday at 7:30 p.m. in the title game at Clarkton.

“This team has really come together after the Christmas Tournament,” McGowan said. “We guard very well. We are holding teams in the 40s and averaging about 70 a game. Our kids have bought into playing defense and the offense is taking care of itself. These kids want to play defense and that’s what it’s going to take if we want to win this tournament Friday night or a district championship because we are fixing to see some really good offensive teams. Hopefully, they continue to buy into our system on defense and things work out well.”