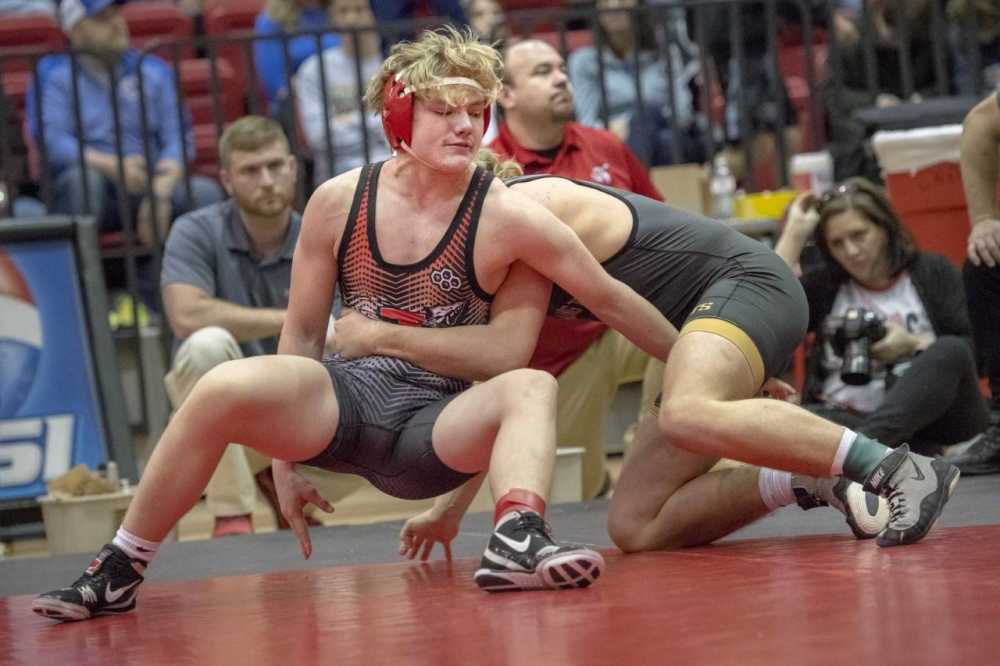 A Jackson Indians wrestler competes at a recent tournament in this undated photo.
Tyler Graef ~ tgraef@semissourian.com

Jackson High School’s wrestling program is hoping to send as many boys as possible to the state tournament next week in Columbia.

The Tribe’s longtime head coach Steve Wachter, in his 38th year with JHS, said he has confidence in his squad.

“We have a lot of balance up and down our weight classes,” said Wachter, 61. “We have really good wrestlers in every weight class.”

Jackson will have grapplers competing in all 15 classes except one.

“Grady Livingston tore his ACL and meniscus at the conference meet three weeks ago,” Wachter said. “He will have surgery.”

Livingston is a senior and has wrestled his last meet at the prep school level.

“(Grady) is an outstanding young man,” added Wachter, “and had a great shot to go to state.”

Wachter will not fill Livingston’s spot at 132 pounds with another grappler.

The top four wrestlers in every class go on to state.

Wachter has eight seniors on the squad – Cole Amelunke at 195, Alec Bailey at 126, David Ekstam at 220, the aforementioned Livingston, Levi Kaelin at 145, Noah Urhahn at 160 and twins Rhett and Riley Wiseman at 120 and 113, respectively.

Wachter says the Optimist and USA wrestling programs act as important feeders for his team, as is the 7th-8th grade squad.

There are 15 schools in District 1 and while wrestling is an individual sport, he is particularly concerned with the boys from one school.

Jackson lost a dual meet to Eureka in 2017 but otherwise the JHS squad is undefeated since 2013.

“You have to remember at that time, football was down, and wrestling was up,” Eckley said. “But Coach Wachter has always been about the school. That’s the kind of man he is.”