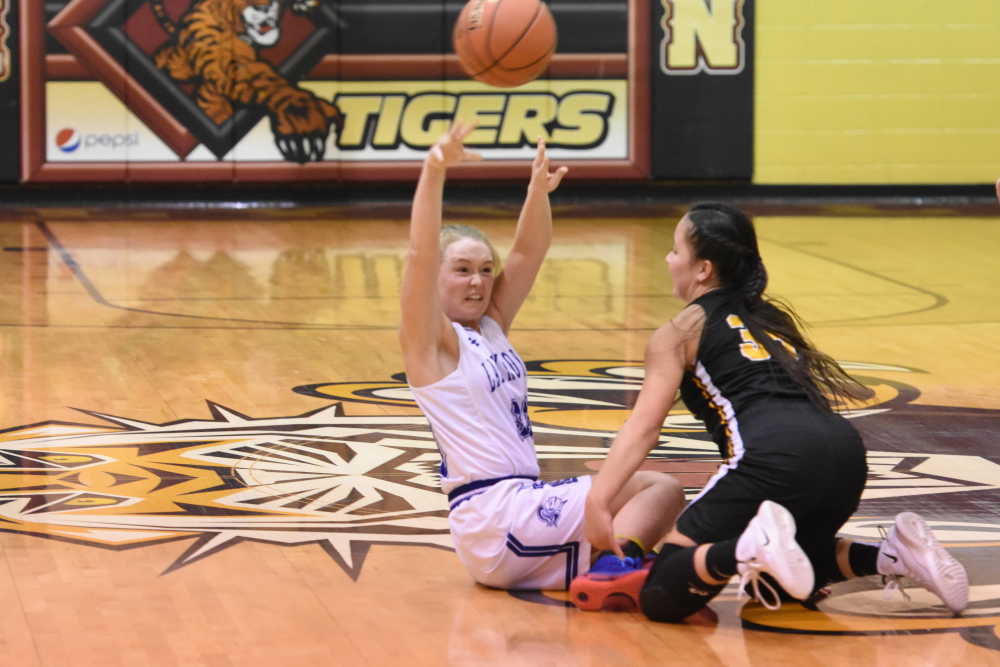 The stifling defense limited Twin Rivers to 13 points in the first half, nine of them from the free-throw line, to take a commanding lead and go on to win 56-24 in the Ozark Foothills Conference Tournament third-place game Thursday in Neelyville.

"This group, when they come to play, they can play. We've shown signs of hope where we start putting it together," Naylor coach Gene Deckard said. "They got after it, they helped, they stepped in front of you. We cut off their drive a lot, didn't let them get to the bucket a whole lot, fronted their post players. The girls did a good job after a tough loss the other night to come back and have this kind of performance. I'm very proud of them."

It's the second time this season the Royals were held to under 30 points, and both games were against Naylor. The two have played three times this season and in their lone conference schedule game, Naylor won by 12 points.

That was during the time when the Royals (12-13), who clogged the paint and dared Naylor to shoot 3s, got back-to-back field goals by Abbey Hester and Jalynn Williams for their only field goals in the first half, and then Drew Love made a free throw to make it a one-possession game.

"It looked like their gameplan early was not to help off (point guard Alyssa Urich). Alyssa stepped up and made 2 of 3 or 2 of 4," Deckard said. "She forced them to spread out and have to guard her a little bit. She did a good job of knocking them down."

However, the Royals earned just one point over the next 6 minutes as Naylor separated with a 15-1 run.

Makenzie Crofford started it with one of four 3-pointers in the game for Naylor, and the Eagles had a 10-point lead at the end of the first quarter.

Kaylynn Johnson, who led the team with 15 points, had consecutive baskets early in the second, and after a free throw from Twin Rivers, Danielle Shepard scored and added a pair of free throws.

Shepard, who finished with 10 points, scored again with 2 1/2 minutes in the half to put Naylor ahead by 20 points for the first time.

Later, the Eagles held for the final shot and Faith Sullivan cut through the lane with seconds left on the clock, caught an entry pass on the block and quickly put up a basket, barely beating the buzzer to give Naylor a 36-13 halftime lead.

The Eagles didn't slow down to start the second half and were up by 30 with 2 1/2 minutes left in the third quarter and by at least 20 the rest of the game.

"We've been focusing on trying to keep our foot on the gas pedal, so we wanted to do that. The girls did a good job of attacking and making some wise passes, took care of the basketball and kept guarding," Deckard said. "We take a lot of pride in being the smallest school in the conference. I feel like placing third puts us in the top tier of the conference. We take some pride in being in the top 3. We'd like to play (in the championship), but we'll take this win tonight and hopefully go get a district and try to make a run."