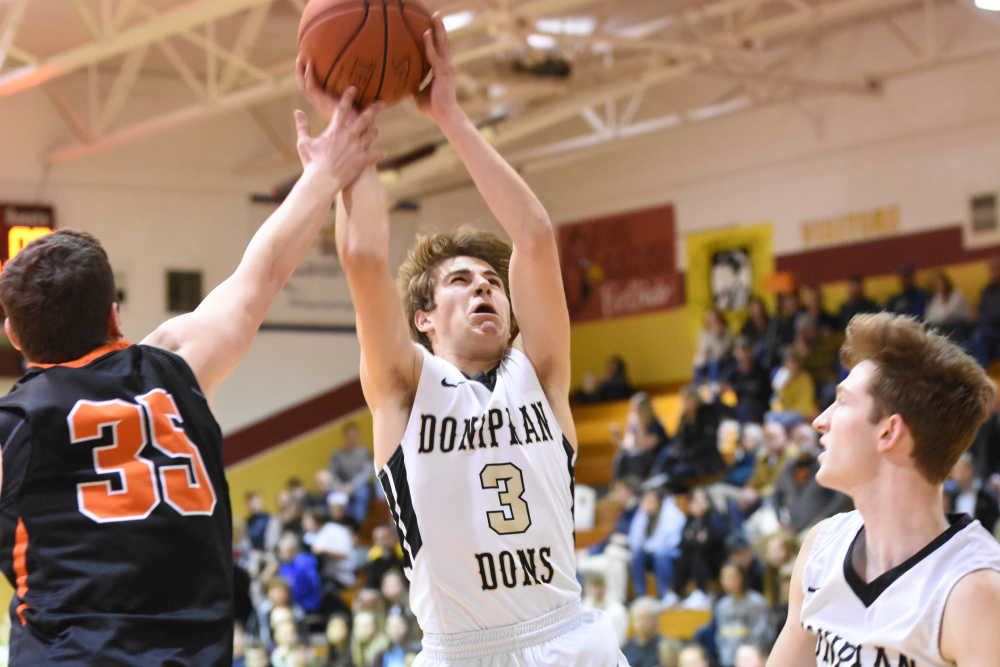 NEELYVILLE - Clearwater earned a pair of upsets in the Ozark Foothills Conference Tournament on its way to a third-place finish.

After beating Twin Rivers in the first round and losing to top-seeded Neelyville in the semifinals, the fifth-seeded Tigers bounced back with a 63-50 win over third-seeded Doniphan Thursday in Neelyville.

Taylor Hicks had 22 points to lead the Tigers and Karson Fay got 20 while Austin Grimes had 11. The trio had 11 combined points in the first quarter, but then 32 between the second and third quarters for 43 of Clearwater's 53 points as the Tigers took an 11-point lead into the fourth.

After not playing in the first half of the semifinals, Orie Owen, who had 24 points, started strong for the Dons with eight points in the first quarter, including a pair of putbacks.

After three early lead changes, the Dons (12-13) were able to go on a 10-2 run during the end of the first quarter and start of the second to go ahead by eight, which was the biggest lead of the first half.

Tristin Bryant had a pair of baskets to start the run, Alex Harris scored twice as well, including a steal for a layup to put Doniphan ahead by eight.

It would last though, in the final 5 minutes of the half the Tigers cut the lead to a single point going into the locker room and then Gage Keller made a pair of free throws to start the third quarter to give Clearwater (12-11) the lead.

The Tigers took their own eight-point lead with under 4 minutes left in the quarter after a pair of trips to the foul line by Grimes and Hicks and baskets from Keller and Fay. A minter later, the Tigers earned the first double-digit lead of the night and went into the fourth quarter ahead by 11.

Doniphan was able to cut that to seven points in the fourth quarter, but with a few minutes left, Clearwater went to a spread offense and was also able to build their lead to 13 points after Grimes made a free throw with 1:25 on the clock.