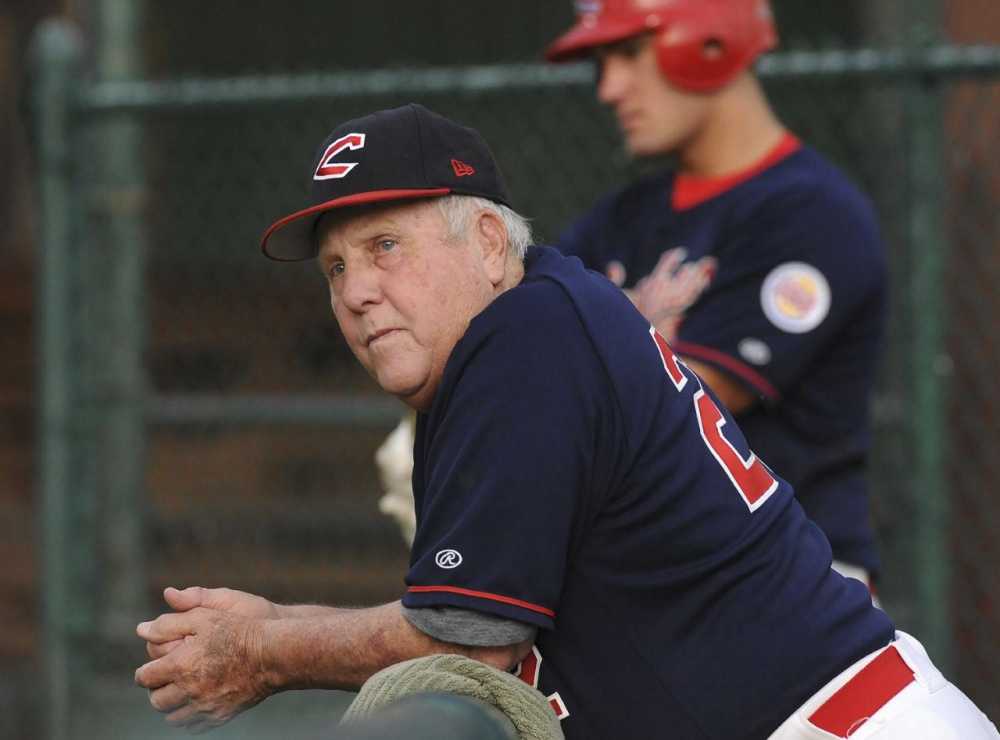 Today: Jess Bolen, 77, Capahas general manager and former manager; broadcaster, Southeast Missouri State University baseball and basketball. Bolen posted a 1,519-411 (.787) record over a half-century as manager of the Capahas, retiring in 2016. He is a member of the Missouri Sports Hall of Fame (induction – 2011) and has been given the highest recognition by a number of other organizations, including the National Baseball Congress. The Capahas are believed to be the oldest amateur team in the country, founded in 1894. They are named for the original team sponsor, the Ca-Pa-Ha flour company.

You and your late wife, Mary, were driving forces behind summertime Capahas baseball since 1967.

I started with the team as a player in 1959. My son, Tom Bolen, now manages the team – and (today) I do all the things Mary used to do (for the Capahas) but not as well. She was our chief organizer and fundraiser – responsible for scheduling, games, travel, raising money, the works.

Tell us about your Mary.

She’s from south St. Louis and moved to Cape as a high school senior. We met in 1965 at my sister’s wedding and we married Nov. 19, 1966. She was the kindest person I ever met. She never took an at-bat and never threw a single pitch but if there was ever a person who left it all on the field for the Capahas, it was Mary Bolen. She spoiled me. She was an angel of mercy. The Bible says “where your treasure is, there your heart will be also.” Well, Mary was my treasure. Now it’s my kids, my six grandkids and three great-grandkids.

Give us an example of Mary’s involvement with the team.

Erik Sean (Jess’ broadcast partner on River Radio) says the Capaha Field press box is the best one in the Ohio Valley Conference. Well, Mary raised the money for it. The (press box) cost $160,000 all told. Everybody knew my wife and when she asked for donations, they couldn’t say no. When I got my ring from the National Baseball Congress in 2008, I added Mary’s name to it. I was told nobody had ever added a woman’s name to a HOF ring. Mary fed our players and often the opposition’s players too – hot dogs, hamburgers, whatever. Mary hugged every one of them and I yelled at every one of them. They loved her more than me.

Why did you stop managing?

The heat was starting to get to me a little. It was getting tougher for me, for example, to coach doubleheaders in July. I had been training Tom for a few years and he was ready. Mary didn’t like my decision to retire, partly because I didn’t talk to her about it first.

In our conversation, we keep circling back to Mary.

I was lost for a long time after she died. I came home one morning after doing the Sports Huddle radio show (October 2017) and intended on taking her to the Park-et (Restaurant) in Perryville for a late breakfast. I walked in the door and it looked like she was asleep, but she was gone. I’d had two years of Red Cross medical training (mainly first aid) and was able to help others in life-threatening situations but not Mary. When God says it’s your time, that’s it.

How have you coped with your sudden loss of your partner?

My faith helps, my kids help, but also the reading I’ve done for many years in psychology. I recognized the stages of grief – so when I read about anger, I knew where I was on the journey. I regret that my four children and I never got to say goodbye.

When it came to our games, she was a pessimist. Here’s an example. A leadoff hitter for the opposing team would get on base to start the game and Mary would say, “Well, that’s it. We’re beat.” She’d also say, “I’ve seen this too many times.” I like to say that Mary fell in love with me and then she fell in love with baseball.

When it comes to the game, who was an inspiration for you?

Leon Brinkoph (1926-1988), a Cape native who coached baseball for Central in the late ‘50s. I played for him before my 1960 graduation. Smartest guy about the game I ever met, a genius. Anything he said, I thought he was right. Never wanted to let him down. (Brinkoph) actually played big league ball; played for the Chicago Cubs in 1952.

I was withdrawn when I started high school and was from the poorest part of town, but sports brought out my personality.

What was your particular line of work?

I had scholarship offers to play baseball at places like Baylor and Oklahoma State but didn’t go. College is a big regret. I earned a nice living as a plumber and pipefitter, though. I was a contractor, too, for many years and never missed a single game for the Capahas because of work. I could read blueprints and I did isometric mechanical drawings for Shell Oil. I told my (Capahas) players to stay in school and get that degree – and all our (Bolen) children are college grads. We need people in the trades too – and those jobs pay well.

What kind of players fit the Capahas mold?

The best teams I had were made up of blue-collar young men, no superstars. I wanted to find 20-25 guys to be on the same page, which is hard to do. I tried to get the guys to talk about the game while it was happening. If they’re talking, they’re into it. I liked players willing to do the little things to win.

How did you make the move into announcing?

Mark Hogan, HOF SEMO baseball coach, asked me to sit in and join the broadcast team. Since 1995, I’ve been on the air describing Southeast baseball for listeners for 26 years. I’ve been doing the Sports Huddle show (on KGIR-AM) for 17 years. Around the same time, I started announcing Southeast women’s basketball. Six years ago, I added men’s basketball at the college.

I’ve given about 150 speeches in my life and my Central H.S. English teacher back then, Mary Reed, would be shocked, I think.

What’s ahead for the Capahas?

The 2019 Capahas finished our 125th season with a 20-13 record. This season coming up will be our fourth in the Mon-Clair Baseball League. We used to be independent but Mon-Clair offers a lighter travel schedule and is less costly. We’re in search of a new sponsor to offset our costs.