TAKING DOWN THE COUGARS: Sikeston rolls against Carnahan behind strong first half 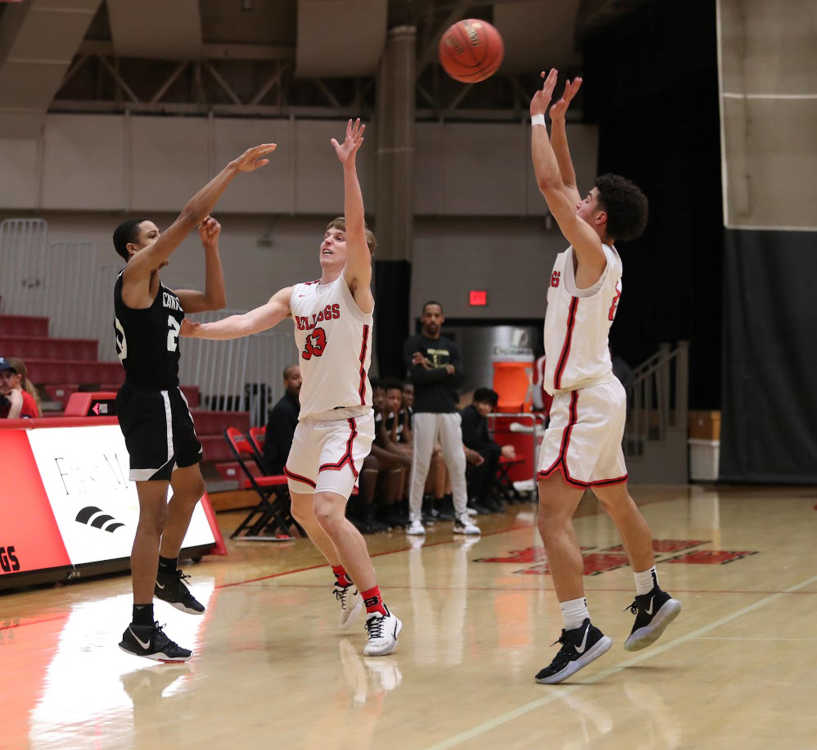 SIKESTON – The Sikeston Bulldogs bounced back from a loss against one St. Louis school three days ago with a win on Tuesday against another.

Sikeston fell to Lift for Life in the Charleston Sixth Man Shootout on Saturday, but the Bulldogs responded Tuesday at the Field House with a dominating 81-50 win over Carnahan in a game that got rescheduled from January due to inclement weather.

The Bulldogs (12-7) trailed in the early going behind some red-hot 3-point shooting by Carnahan, but Sikeston closed out the first quarter on a 15-3 run to take a 26-18 advantage after one.

“We started slow, but then we picked it up,” Sikeston senior Nick Harrison said. “We came out sluggish and didn’t find their shooters, but after a few minutes, we were able to find them.”

Carnahan (6-17) hit four of its six 3-pointers in the opening quarter, but nine turnovers hurt the Cougars as Sikeston was able to convert easy transition layups on the other end.

“That’s what we want to do,” Sikeston coach Gregg Holifield said. “We want to create tempo and speed them up. I thought our guys did a good job of doing just that.”

Sikeston never looked back from there as they opened up a 45-27 lead at halftime.

“I thought we had moments where we played very well and did some good things,” Holifield said. “They’re an athletic team that has good personnel. I was proud of how we came out and responded and played as a team.”

Sikeston extended its lead to 59-39, heading into the fourth quarter where they Bulldogs put the mercy clock into effect.

The Bulldogs forced 19 turnovers against Carnahan while turning the ball over 11 times themselves.

Harrison finished with nine points and a team-leading eight rebounds.

“I thought Nick played very well,” Holifield said. “He got on the boards and he’s been a great rebounder for us. I thought his effort was good.”

Bulldog senior Payton Howard led the team with 13 points, 11 of which came in the first half. He also had five assists and four steals.

Twelve different Bulldogs reached the scoring column as Holifield substituted liberally throughout the game. The Bulldogs needed the extra production as junior Leroy Atkins saw limited action after suffering a hip flexor injury in Saturday’s game. He is considered day-to-day.

Sophomore Johnny Adams brought the crowd to its feet in the fourth quarter with seven quick points and a steal in his first varsity action of the season.

Sikeston will play at Cape Central on Friday in a pivotal SEMO Conference game that will also have seeding ramifications for Class 4, District 1. Junior varsity is at 6 p.m.

“This game is setting us up for a good week,” Harrison said. “We have Cape Friday, and we need to go up there and win so we can get a good seed in districts.”