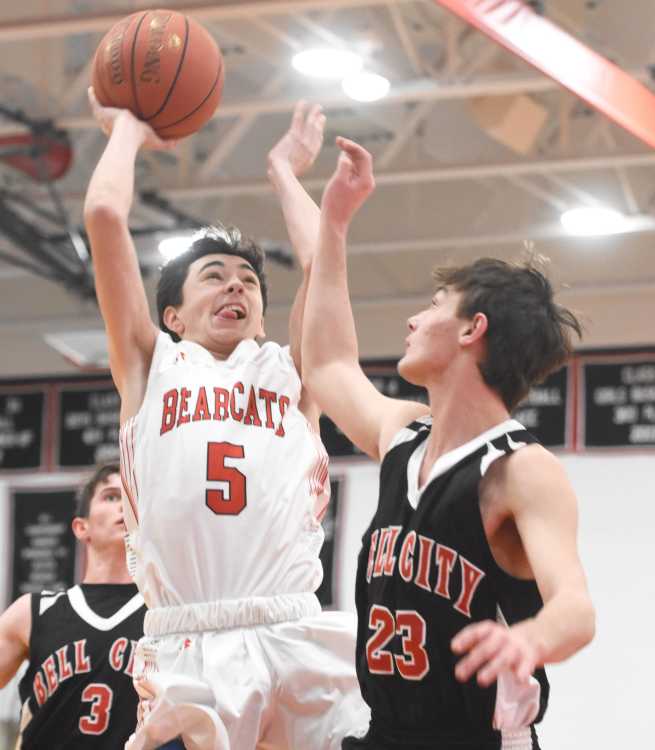 The Bearcats held Bell City to two first-half field goals and rolled to an 84-28 SCAA boys basketball victory at the Bearcat Event Center.

Dexter coach Chad Allen was already talking about his team’s next opponents only minutes after the victory.

The Indians were 16-7 going into their game against rival Senath-Hornersville on Tuesday night. Since the BCT, the Indians are 8-3, including 3-4 in league play. They’ve beaten conference foes Jackson, Sikeston and Poplar Bluff.

The Bearcats are 13-8 overall and 7-4 since the BCT. During that stretch they won the SCAA tournament but are 0-4 in the SEMO conference.

After beating Bell City, Dexter completed its SCAA schedule with a 5-2 record and finished third in the conference. Bernie is 6-0 in league play and would wrap up the outright regular-season championship with a win over Richland on Feb. 18. Advance completed the league schedule 6-1 and can finish no worse than second.

Dexter scored the first 23 points of the game, as the Cubs committed 13 first-quarter turnovers.

“I don’t think we showed up tonight,” Bell City coach Dom Johnson said. “I felt like we played timid early and that opened the game up (for them). We just never recovered from there.”

The Bearcats sank 13 3-pointers, including eight in the first half.

Ellinghouse scored seven points in the first, and Allen sank two of his five 3-pointers, helping the Bearcats take a 25-2 lead into the second.

The Bearcats outshot Bell City 22-6 in the first quarter because of turnovers and a lack of offensive rebounds.

Boles made two of his three 3-pointers in the second quarter, and Ellinghouse added 10 points, extending the lead to 49-8 at halftime.

Bell City didn’t make a second-quarter field goal until Nichols sank a baseline jumper to cut the lead to 42-8. Bryson Maddox made 4 of 6 free throws to account for the rest of the Cubs’ scoring.

Dexter outscored the Cubs 22-10 in the third quarter and carried a 71-18 lead into the final period where the clock ran continuously because of the 30-point mercy rule.