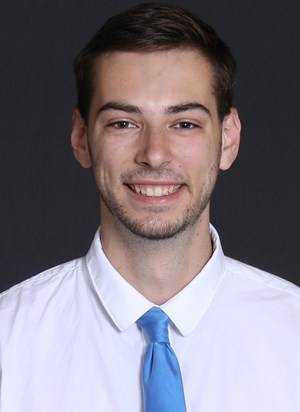 Coming off its most successful season in nearly two decades, the Southeast Missouri State volleyball program is not just attractive to recruits, but to coaches, as well.

"I'm thrilled to add Matt to our program and welcome him to the Redhawk family,” Southeast coach Julie Yankus said of the new hire. “He is clearly passionate about volleyball and about developing young athletes into great people.”

The Redhawks won 23 games last season, including the Ohio Valley Conference Tournament and advanced to the NCAA Tournament.

Stolz enjoyed a similar season with the Golden Eagles.

Marquette won 28 games, including going 16-2 in the Big East Conference, and it also played in the NCAA Tournament.

“I believe his energy and enthusiasm will be contagious in our gym,” Stolz said. “Matt has the knowledge and experience to incorporate some aspects from the men's game as well as some concepts from a high level women's program, which will help our program elevate to new heights.”

Prior to Marquette, Stolz served as an assistant coach at Averett University in Danville, Virginia, for two seasons. While at Averett, Stolz earned his master's degree in business administration.

He also served as the head coach of the Pura Vida Volleyball Club during that time.

He is a native of Wauwatosa, Wisconsin and owns Lakeland's career kills record with 895.

He received All-Midwest Collegiate Volleyball League First Team laurels in each of his final two seasons as a Muskie and was a three-year starter and captain.

“Matt will make a great addition to our staff as we work towards continued success,” Yankus said.