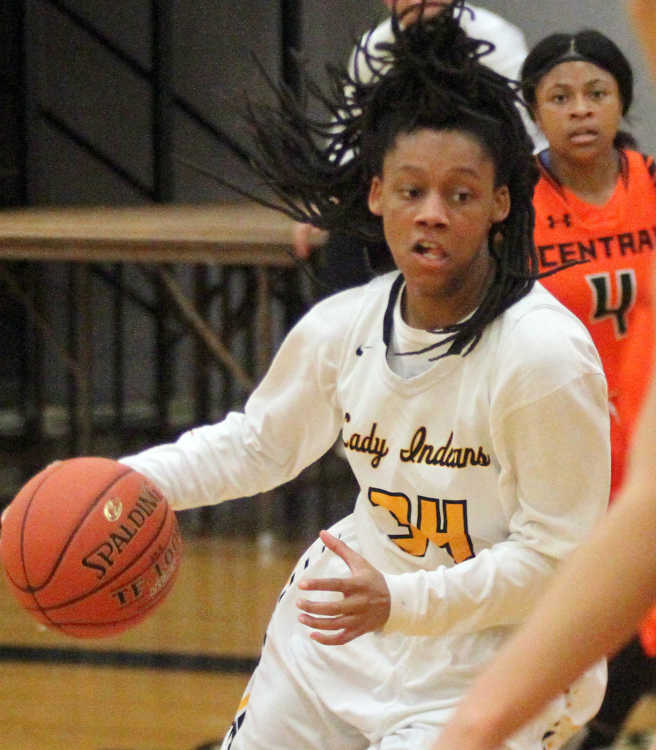 The defensive adjustment paid off for Cape Central. The Tigers outscored Kennett 13-1 in the third quarter to pad its lead to 27-14 by the start of the fourth quarter on its way to a 45-27 road victory.

“We had another quarter where we had a hard time scoring tonight,” Kennett coach Aaron New said. “We had some looks but you have to give Cape Central’s defense credit. They did a good job guarding us for the most part. Then when we did get a couple of easy looks we missed them in the third quarter. But I thought we played pretty decent in the first half. I really liked the way we defended them early on."

Kennett trailed 8-6 after one quarter and 14-13 at halftime before falling behind double digits in the third quarter. The Indians cut the deficit to 33-25 with 4:17 left in regulation but sharp free-throw shooting by the Tigers prevented Kennett from getting closer. Cape Central made 11 of the 12 free throws it attempted in the fourth quarter as it outscored Kennett 12-2 in the final four minutes of regulation.

“Free throw shooting hasn’t been our forte, especially at the beginning of the year,” Winters said. “But we’ve gotten better at it the past three or four games. We are also doing a good job of getting the right girls to the line.”

Two underclassmen led Cape Central in scoring. Freshman guard Taylor Horton, who hit three of her squad’s four 3-pointers, tallied 11 of her 13 points in the first half. Sophomore center Ella Vogel added 13 of her 15 points after halftime.

“We are a pretty young bunch across the board,” Winters said. “Even our seniors didn’t have a ton of varsity experience coming into the season. But they’ve played a big role in mentoring our younger players. Girls like Olivia Koch and Yeniah Jackson, and even Erica Goodin, who has been injured most of the year, have shown our underclassmen the proper way to handle themselves and approach the game.

“When we get other girls to score around Caroline we typically get in the 40s,” New said. “Our defense has been good enough to keep us in games when we score that many points. But when we don’t get out of the 20s it’s hard to win.”

“That’s a long trip up there and Saxony has a good program,” New said. “We’ll just try to put together two good days of practice Tuesday and Wednesday and hope we play our best game of the year Thursday night.” 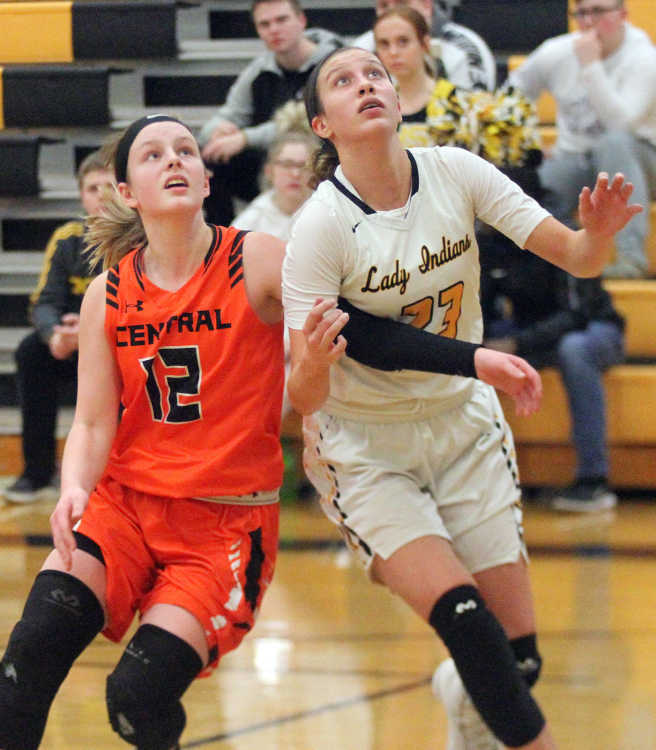