SIXTH-MAN SHOOTOUT: Sikeston's comeback not enough in loss to Lift for Life; Bledsoe reaches 1,000 points for career in win over John Burroughs 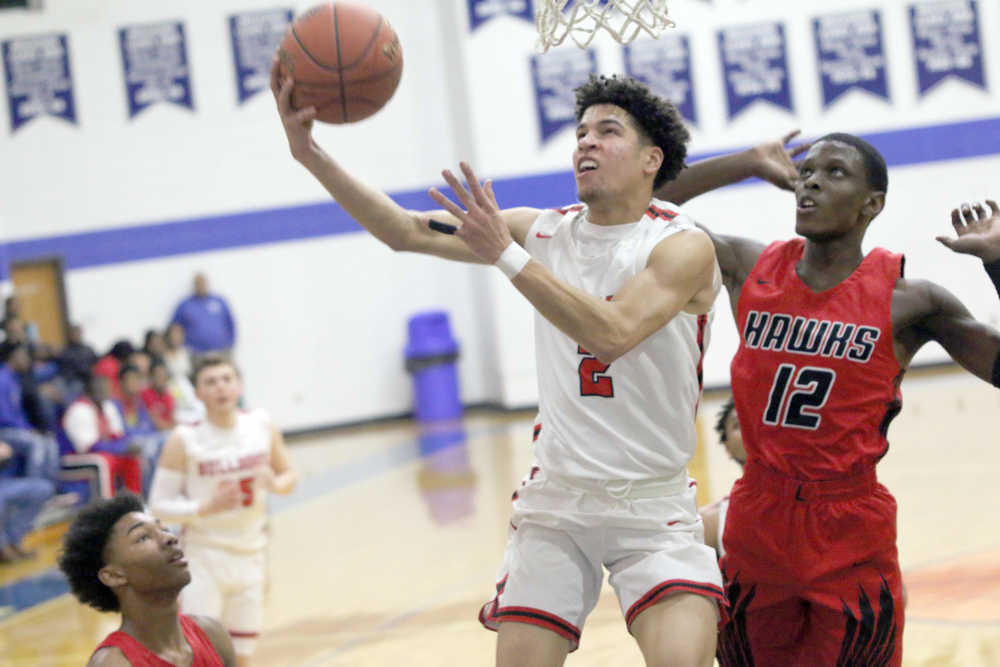 CHARLESTON, Mo. Ś Not even 24 hours removed from a dominating win over Poplar Bluff on Friday night, the Sikeston boys basketball team returned to action against Lift for Life on Saturday at Charleston High School.

Senior Payton Howard tried to will his team back from an early deficit in the first quarter.

Then after responding with a bucket of their own, to make the score 16-11, Howard answered right back by getting inside the arc on the right side and hitting a pull-up jumper that got a shooterÆs bounce to cut the lead to three once again, at 16-13.

Lift for Life, however, proved to have too many answers in the end.

At the end of the first quarter, Malcolm Johnson scored on a reverse layup to end the frame up by eight points, at 21-13.

Sikeston cut the lead to four points in the second quarter, after senior Clark Steward drove the lane and kicked it out to junior Leroy Atkins for a three from the right corner.

Atkins would add to his total after coming away with a steal and turning that into points at the other end, which cut the lead to two, at 21-19.

Lift for Life would then open itÆs lead to nine, before senior Lontas McClinton rebounded a Howard missed jumper and threw up an acrobatic shot of his own that clanged off the rim and went down, to give himself a three-point play opportunity.

Momentum, though never really shifted in favor of the Bulldogs, as the Hawks grew, itÆs lead out to 10 Ś their largest lead of the game at the time Ś after DeMarcus Sanford Jr. nailed a three from the left-wing.

After Sikeston responded in the third quarter, to cut the Lift for Life lead to three, at 50-47, the Bulldogs used that in the fourth, where they made a comeback.

Sikeston took the lead, with 4:10 left in the final frame after a McClinton and-one gave the Bulldogs a 58-57 lead.

However, that lead would not be held on for long, as Lift for Life regained control after that and stayed in control for the remainder of the contest.

Atkins led Sikeston with 19 points. He shot 5 of 9 from the field and added four rebounds, one assist and two steals.

Howard had 18 points, on 8 of 21 shooting, four rebounds, three assists, and one steal.

McClinton was the final Bulldogs to reach double-figures, with 17. He shot 4 of 13 and added a double-double with 14 rebounds Ś nine on the defensive end.

Sanford Jr. led Lift for Life with 21 points, while Rico Singleton had 19.

CHARLESTON, Mo. Ś In the nightcap of the Charleston Sixth Man Shootout, the host Bluejays eased their way to a win over John Burroughs.

Charleston won 82-58, with senior Sam Bledsoe reaching a milestone in the third quarter. 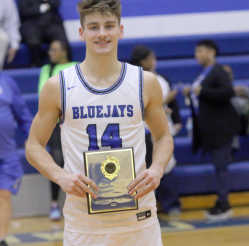 Charleston's Sam Bledsoe poses for a picture with a plaque after scoring his 1,000th point of his career, against John Burroughs, on Saturday, Feb. 8, 2020, in the Charleston Sixth Man Shootout, at Charleston High School.
Alex Wallner/Standard Democrat

With 2:52 remaining, the senior nailed a three-pointer fro the left-wing, which was good for his 1,000th point of his career.

After the game, Bledsoe received a plaque honoring his accomplishment from athletic director and tournament director Michael Minner. Bledsoe finished with 12 points, on 6 of 11 shooting, to go along with three rebounds, two assists, and one steal.

Senior Blessin Kimble led the team with 20 points. He neared a double-double with nine rebounds as well.

Senior Isaiah Gillespie also finished in double-figures, with 14 points. He finished with five assists and three steals as well. 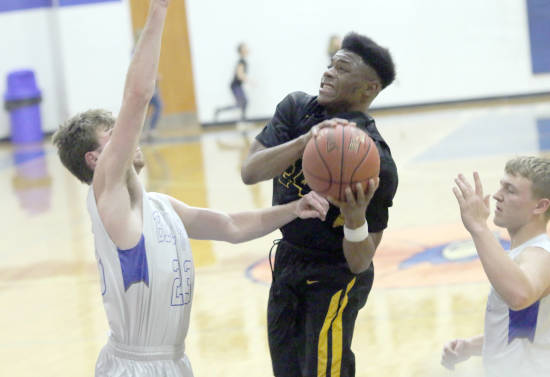 CHARLESTON, Mo. Ś Behind a 14 three-point performance, the Kennett boys basketball team outlasted Oak Ridge down the stretch at the Charleston Sixth Man Shootout on Saturday.

Starting the game, the Indians went on a 12-2 run, with every shot made coming from beyond-the-arc.

Oak Ridge senior David LaytonÆs initial 5-0 run ended after three-point field goals by Henfling, from the left-wing, McMullan from the left-corner, and Gates from the right-wing, that made the score 15-7.

The hot shooting continued in the second quarter, as Kennett went on a 12-4 run to start the period.

McMullan got the ball rolling for the Indians after hitting a three-pointer from the right-wing to push the lead to nine.

Shortly after, Kennett grew itÆs lead to double-digits, as a Gates three from the right corner, made it 21-9.

After four-straight points from the Bluejays, Kennett went right back to what was working and continued to look for perimeter looks.

Gates led Kennett with 24 points, while Henfling had 22. McMullan finished with 20 to round out the double-digit scorers for Indians.

Layton led all scorers with 37 points, while LeGrand had 16.