"Coming into the season our thing was better by February,” Rodgers said. “I’m not saying November and December don’t matter but they are teaching months. Better by February. That’s when we want to play our best.”

No. 3 seeded Hayti edged the No. 4 seeded Caruthersville Tigers 76-75 to take home the top prize at the Bootheel Conference Tournament for a second straight season..

“It’s the first time in Hayti history the girls have repeated as conference champs,” Rodgers said. “Our goal coming into the season was to repeat as conference champs and hats off to our girls for getting the job done. They came out and played hard tonight and deserved this. They came in as the three seed and won the tournament. I couldn’t ask for a better group of ladies. They play hard for Hayti and they play hard for me.”

Things were tied at 32-all at halftime before Hayti outscored Caruthersville 25-15 in the third quarter to move ahead 57-47. Hayti increased its lead as large as 68-51 with 6:01 left in regulation before Caruthersville came storming back.

Caruthersville cut the deficit to 70-66 by the 1:56 mark of the fourth quarter and got within one at 74-73 when Kiera Johnson hit a 2-pointer with nine seconds remaining.

Hayti’s Amiya Johnson made a pair of free throws with 5.8 seconds remaining to pad her team’s lead back at three at 76-73.

After the made free throws, Caruthersville pushed the ball the length of the floor and passed it to Keara Johnson who drove to the basket and hit a contested 2-pointer with about one second left to cut the deficit to 76-75.

Time expired before the ball was thrown in play again, allowing Hayti to escape with a one-point victory.

“We’ve preached all year long that defense is going to win games,” Caruthersville coach Brad Sneed said. “And defense got us back in the game tonight. We finally got out into some passing lanes and got some steals and Keara started being a little more aggressive in the paint on offense. For a spurt, we started playing the way we are capable of playing. We just came up a little short.”

Caruthersville (7-9) jumped out to a 5-0 lead and led by single digits throughout the first quarter.

“I wish I could explain what happened in the third quarter,” Sneed said. “At halftime, I told the girls Hayti would come out and be aggressive on defense. I think their defense still kind of caught us off guard even though we had talked about it at halftime.”

Amiya Johnson, who paced Hayti with 31 points, made 12 of the 19 free throws she attempted.

“She hit two big free throws in the final 10 seconds,” Rodgers said. “We put our players in scenarios like that in practice and make them hit free throws because they say free throws win games and that was proven tonight.”

Forward Ariyani Robinson recorded a team-high 13 2-pointers for Hayti. She finished with 26 points.

“She was playing with a banged-up knee,” Rodgers said. “She played through the pain and got it done tonight.”

Caruthersville guard Laticia Hamilton enjoyed a late offensive surge. Hamilton recorded half of her team-high 26 points in the fourth quarter.

Keara Johnson added 11 of her 21 points in the final eight minutes of play as the Tigers attempted to rally.

“To beat the No. 1 seed in the tournament and get to this point tonight and lose by one point is a great accomplishment,” Sneed said. “I’m proud of them and the way they worked. I could tell in the locker room a lot of them were teary-eyed and that means a lot.” 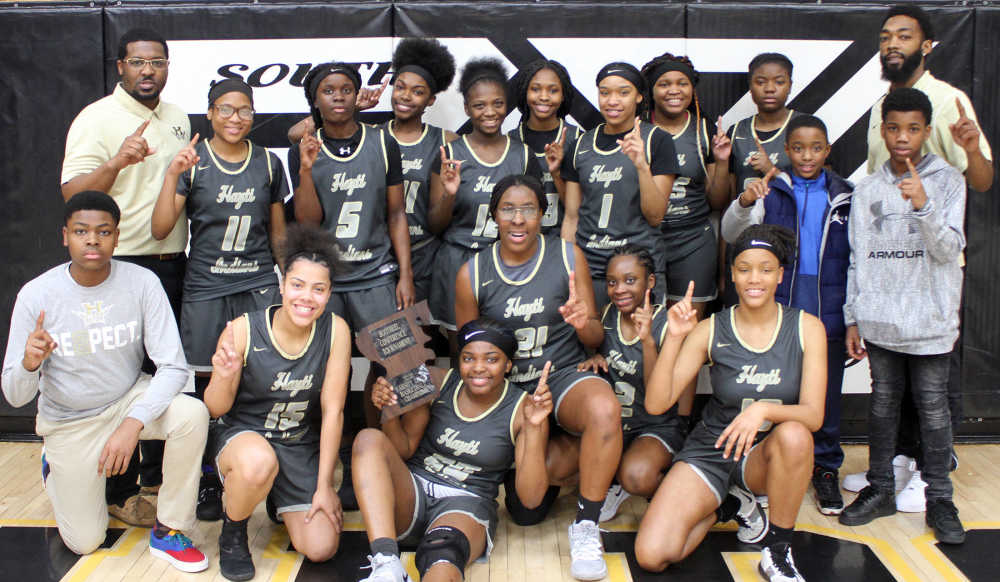