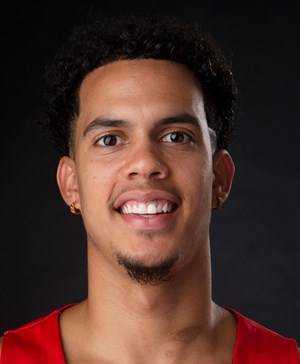 The Southeast Missouri State men’s basketball squad put on one of its best performances of the season Thursday, as it earned its initial Ohio Valley Conference victory in beating Jacksonville State 76-72 at the Show Me Center.

Southeast wasn’t just clicking offensively, defensively; it held the Gamecocks (9-15, 4-7) to just 39.7 percent shooting. That was the third best defensive performance of the season against NCAA Division I competition.

Southeast sophomore forward Sage Tolbert hit a free throw with 8:21 remaining to put the Redhawks up 65-51, however Jacksonville State responded with a 15-4 run to trim its deficit to 69-66 with just over four minutes remaining.

The Gamecocks still trailed 71-68 with 2:04 remaining, but the Redhawks tore off on a combined 5-0 run by redshirt freshman Jordan Love and redshirt sophomore Nygal Russell to seal the win.

The victory snapped a 10-game losing streak for Southeast, which hadn’t beaten an NCAA Division I team since November.

It was the third loss in a row for Jacksonville State, which remains tied with Eastern Illinois for the eighth and final qualifying spot for the conference tournament.

Alex Caldwell hit 6 of 9 shots to pace Southeast with 17 points, while Skyler Hogan and Tolbert each connected on 6 of 10 shots and finished with 16 points.

Those three were also effective on the glass, as Hogan had a team-best seven rebounds and Tolbert (six) and Caldwell (five) were just behind.

Southeast was able to avoid the loss despite committing 21 turnovers.

The Redhawks will stay home Saturday (4 p.m.) when they host Tennessee Tech.