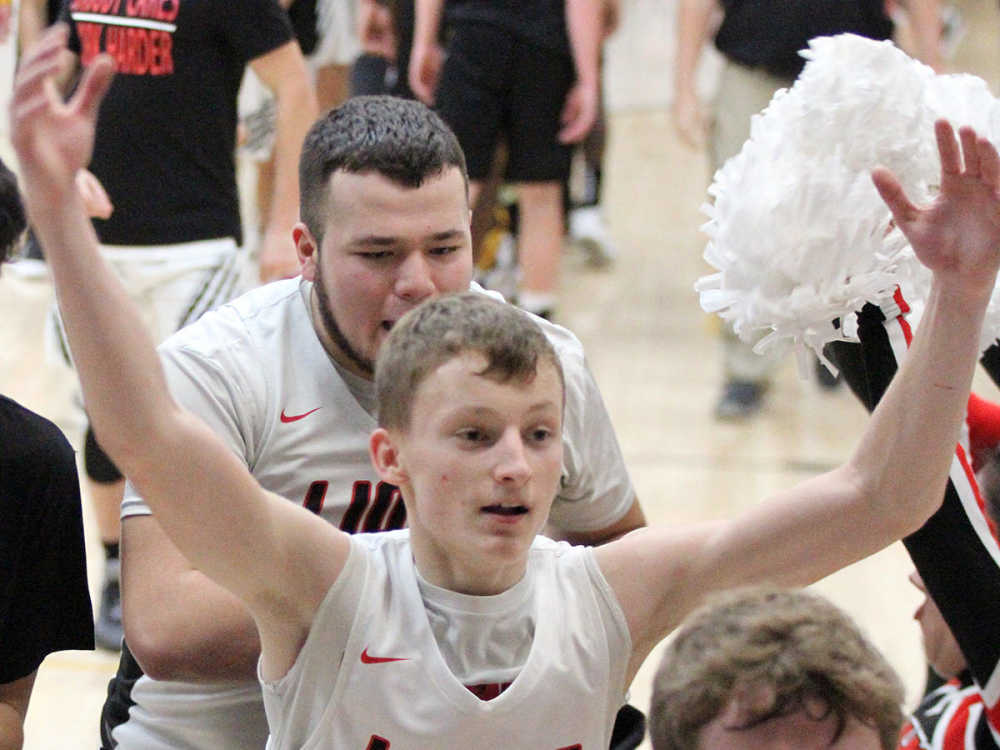 “I think the win on Saturday against Campbell propelled us,” Clark said. “We had a good day of practice Monday and I really felt good about the matchup coming into tonight because of our preparation. There are times when I don’t think this group has prepared well. But I thought we had one of our best practices of the year Monday.”

The preparation paid off for the Lions for a second straight game at the Bootheel Conference Tournament. No. 7 seeded Senath-Hornersville, fresh off a quarterfinal win against No. 2 seeded Campbell Saturday, upset the No. 6 seeded South Pemiscot Bulldogs 56-51 in a semifinal Tuesday.

“We weren’t 100 percent sharp tonight,” Clark said. “We turned the ball over too much at their place. But we made the plays at the end. I think teams have to develop a knack for that. We haven’t had it all season but we are starting to find it now.”

Senath-Hornersville guard Parker Rhew, who finished with a team-high 20 points, scored eight points in the first quarter to help his squad build an 18-12 lead by the start of the second quarter.

“He really carried us early,” Clark said of Rhew.

South Pemiscot won the second quarter 11-10 to cut the deficit to 28-23 by halftime and got as close as three points a couple of times early in the second half.

Senath-Hornersville center Isai Lopez responded with six of his eight points in the closing minutes of the third quarter to help the Lions pad its lead to 43-36 by the start of the fourth quarter.

“I think the guys are starting to believe a little bit,” Clark said. “We’ve been right on the verge of getting a win in this conference all season. We just needed to get over the hump. We’ve had some struggles defensively but I know we’ve got some pieces offensively. We just had to mix things up and find a way to get defensive stops. I think that’s been key for us down the stretch over the last week."

Clark said he switched defenses in the second half after Rogers recorded his 15th point.

“We had an idea what we wanted to do against him,” Clark said. “He’s so good at getting to the middle of the floor and we wanted to keep him out of the middle. We changed to a Box and 1 in the third quarter and put Jaxon Lane on him. His role has been to guard the other team’s best player for us and I thought he had some defensive success late in the second half tonight.”

“They are extremely athletic and talented,” Clark said. “They are also a beast in our conference. It will be tough but we are playing with house money. A lot of people didn’t think we would get this far. But I like the way our guys are playing right now so we will do the best we can to prepare for Hayti the next two days and try to give ourselves a shot on Friday.”