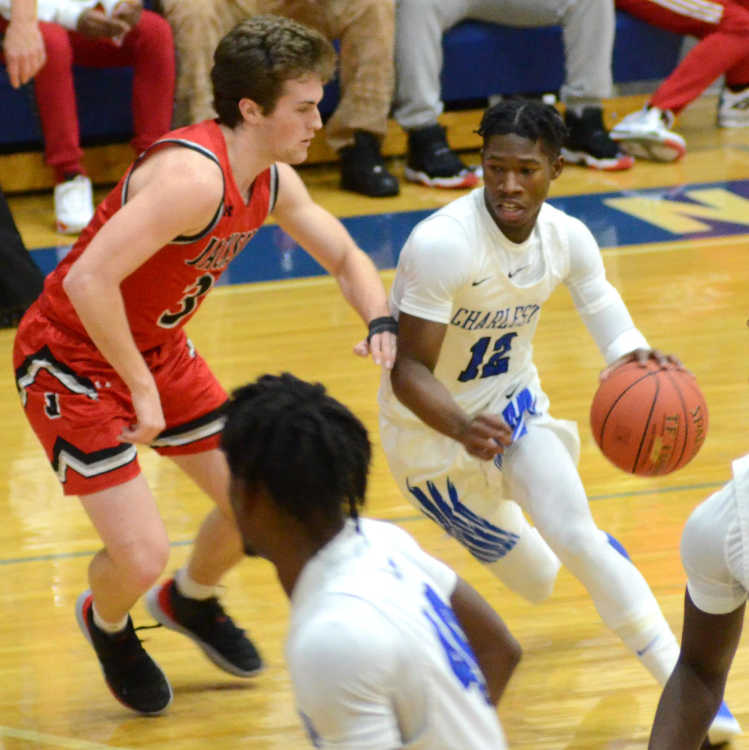 CHARLESTON, Mo – As the regular season winds down, the Charleston Bluejays continue to pick up steam.

On Tuesday, the Bluejays picked up their eighth win in a row, using a hail of threes to down SEMO Conference rival Jackson 69-50.

“It’s really good to pick up a conference win,” Charleston head coach Danny Farmer said. “It’s also good that it’s coming in the last half of the season. I have some guys that have picked it up some.

A good chunk of the Bluejays’ offense came from deep, hitting 11 threes on the game while shooting 46 percent from behind the arc.

Seniors Sam Bledsoe and Terridean Bogan did the bulk of the damage offensively, combining for 37 points and nine of the team’s 11 3-pointers.

Bledsoe finished with a game-high 21 points, including a team-high five threes, to go with six assists and three steals.

Bledsoe’s 16 points, 12 coming from long-range, were nearly matched by his 15 assists. His seven steals left him close to a triple-double on the night.

Charleston (18-3) seemed to get hot from deep when it mattered most.

After the Indians (7-12) cut a double-digit lead down to five points early in the second quarter, the Bluejays hit on three-straight 3-point attempts to pull away by 15 points, 32-17, with 3:07 left in the half.

Jackson trailed by 20 points late in the closing minute of the first half before a strong start to the third quarter had the Indians back within 12 points, 45-33, with three minutes left in the frame.

Back-to-back threes from Bledsoe and Bogan quickly extended Charleston’s lead back out to 18 points, and they entered the fourth quarter with a 56-33 advantage.

“It looked like we were dull again,” Farmer said of the third quarter lull. “We picked it back up, had another run, hit a few threes, and got going again.”

“I felt like Charleston played well and took it to us,” Jackson head coach Darrin Scott said. “We responded with one of our better games. A lot of our mistakes were because of them being really good. I was pleased with our effort and the way we were aggressive offensively.

“Obviously, (Wasilewski) being out makes a big difference. We’d like to have him. If we can play like this, build on it, and get him back playing well, we’ll see how he played down the stretch.”

Lane Crowden led the way for Jackson with 15 points while Quinn Scott added 13 points to the cause, including three 3-pointers.

Charleston finished the contest shooting 27 of 59 (46 percent) from the field.

A total of nine Bluejays contributed at least a basket.