Bootheel Conference Girls Basketball Semifinal: No. 3 Hayti shoots its way past No. 2 Malden 72-59 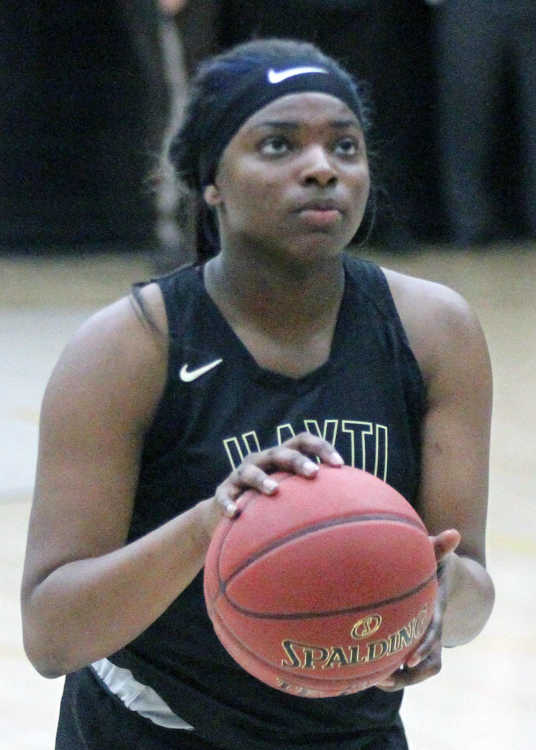 “Everybody wants to be a 3-point shooter,” Rodgers said. “I don’t say anything about my kids shooting shots as long as they play defense. If they give me everything they’ve got on defense and want to come down and take good, quality perimeter shots I’m OK with that.”

No. 3 seeded Hayti connected for seven 3-pointers, including four in the third quarter, as it shot its way past the No. 2 seeded Malden Green Wave 72-59 in a semifinal of the Bootheel Conference Tournament Tuesday night at South Pemiscot High School.

“Malden forced us into some of those perimeter shots because we couldn’t get the ball inside,” Rodgers said. “I’m glad we settled down and knocked down a few of them in the third quarter to open up our inside game.”

Malden junior forward Madison Saulsbery, who finished with a team-high 15 points, scored six straight points in the fourth quarter to cut Hayti’s lead to one possession at 58-55 with 4:30 left.

But Hayti limited Malden to just one field goal and two free throws in the final four minutes of play as it closed out the semifinal on a 14-4 run for a double-digit win.

“We committed a few more turnovers than we should have the third quarter,” Rodgers said. “We weren’t patient and tried to force the ball inside when we didn’t have anything. At other times, we tried to shoot 3’s when we weren’t open. But I was glad we were able to settle down and play good basketball late. But Malden’s defense definitely got us rattled for a little while tonight.”

“She’s a great kid,” Rodgers said. “She was a little banged up from yesterday but she wanted to come out here and play hard and get a win. Her goal was to get back to the championship and that’s where we are headed.”

Arionne Ross and Madison Mittag also scored in double digits for Malden with 14 and 12 points.

Hayti (13-5) will take on nearby rival Caruthersville in the Bootheel Conference title game Friday at 6 p.m. at South Pemiscot High School.

“Caruthersville is a tough team,” Rodgers said. “They’ve got a tough player down low in Keara Johnson. She can give you fits because she rebounds so well. If we can keep her off the boards and slow their offense down and make them play the game we want to play I think we will be OK. It won’t be an easy game but we plan on coming out and playing a fundamental game and coming out of it with a victory.”