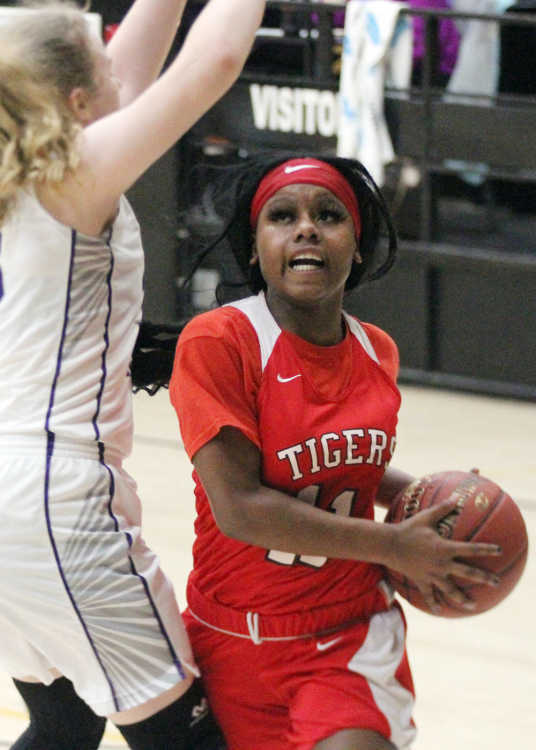 Caruthersville, which jumped out to a 15-5 lead against Holcomb on Jan. 28, enjoyed an eight-point lead in the first half four times in the second meeting between the two squads.

Unlike in Round 1 when Holcomb rallied for a 49-46 victory, Caruthersville found a way to finish things off in Round 2.

No. 4 seeded Caruthersville opened the second half on a 7-0 run to pad its lead to 42-31 with 6:01 left in the third quarter and hung on to beat No. 1 seeded Holcomb 78-57 in a semifinal of the Bootheel Conference Tournament at South Pemiscot High School.

“We did a good job coming out of the gates in both halves,” Caruthersville coach Bradley Sneed said. “I told them at halftime we couldn’t get too relaxed. I think the taste was still in their mouth from losing the lead against them and getting beat last week. You could tell they wanted it today and they got the job done.”

Caruthersville jumped out to a 5-0 lead when Keara Johnson knocked down a 2 and Latricia Hamilton followed with a 3 in the first quarter. The Tigers led by single digits the remainder of the first quarter and enjoyed a 19-16 lead at the start of the second quarter.

Caruthersville (7-8) scored the next 10 points in a spurt that included three 2-pointers by Hamilton to move back ahead 31-23 and continued to lead 35-31 at halftime.

Holcomb cut the deficit as close as 58-53 when Selena Burress hit a 2-pointer with 4:46 left in regulation before Caruthersville padded the final margin to 21 points.

“She can have a bad game and then come back the next night lights out,” Sneed said. “Last night she probably scored her career low with just four points. I challenged her to play the way she was capable of tonight and she did. She’s as fast as almost anyone around here and when she got the ball tonight she took off.”

“We’ve been working a lot with our guards,” Sneed said. “They’ve got a little frustrated with me at time and rightfully so. But they did a good job of handling the ball under pressure tonight. I was really proud of them. I'm proud of everybody.”

Junior guard Houart and junior forward Cupples scored in double digits for a second straight night for the Hornets. Houart, who hit both of her squad’s 3-pointers, finished with a team-high 19 points. Cupples added 17 points on seven 2-point field goals and three free throws.

The Tigers will play for the championship Friday at 6 p.m. at South Pemiscot High School.

"Hopefully we can get our legs back by Friday," Sneed said.