No. 1 seeded Holcomb will take on No. 4 seeded Caruthersville Tuesday at 3:30 p.m. in the first semifinal.

The second semifinal between No. 2 seeded Malden and No. 3 seeded Hayti follows Tuesday at about 6:45 p.m. 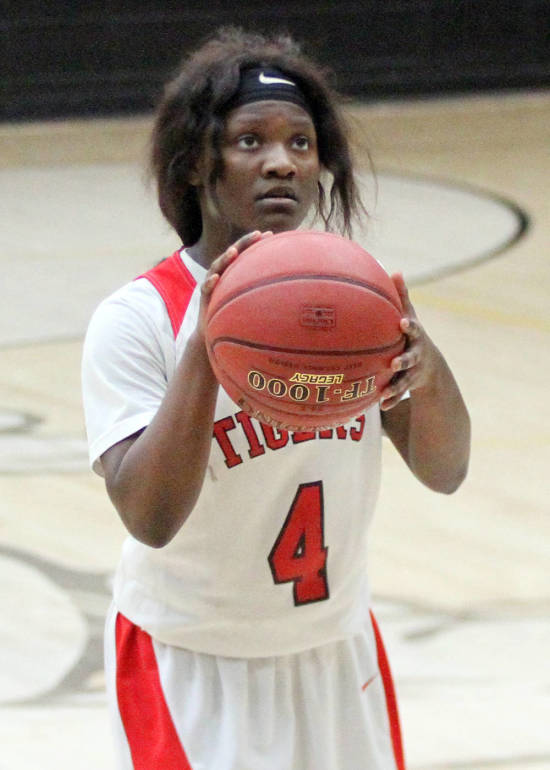 It came down to the final shot but the No. 4 seeded Caruthersville Tigers found a way to edge the No. 5 seeded Portageville Bulldogs 48-46 in what proved to be the closest varsity girls quarterfinal at the Bootheel Conference Tournament Monday.

“We came together,” Caruthersville coach Brad Sneed said. “I told the girls after we fell behind the only way we were going to win was if we came together. The first half we didn’t play together at all but the second half they fought back as a team to get the win.”

The Bulldogs got a shot to tie it up after Robinson missed the front-end of a one-and-one with five seconds left. Portageville managed to push the ball the length of the floor and get the ball in the hands of freshman Hailey Tipler who released a desperation 3-pointer a foot or two behind the 3-point line. But the shot was blocked with about a second remaining and time expired before Portageville could off another shot off.

Hamilton paced the Tigers (7-7) with 19 points. Robinson also finished in double digits with 12 points. Hamilton tallied 13 of her points and Robinson scored seven of her points in the second half.

“We rushed our shots too much in the first half,” Sneed said. “We did a better job of getting good looks and making our shots in the second half. That was a big reason we scored more points.” 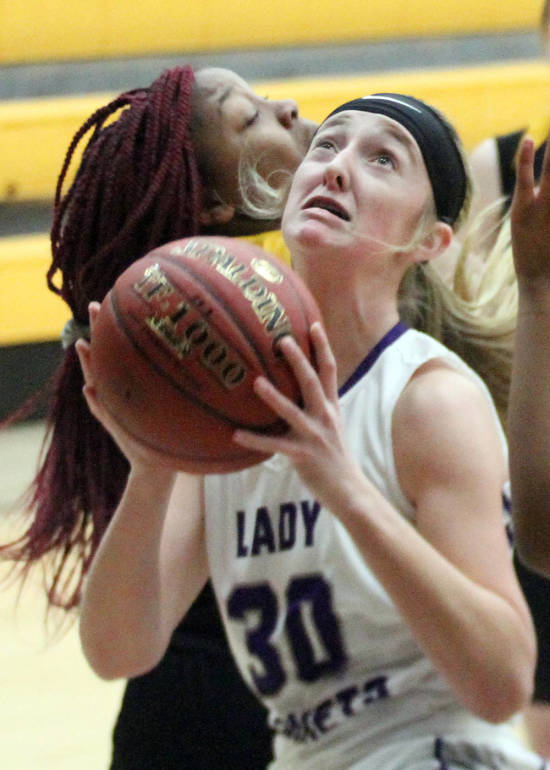 Photo by Dustin Ward, staff
Holcomb's Bailey Cupples takes a shot in the paint against the South Pemiscot defense in a varsity quarterfinal of the Bootheel Conference basketball tournament Monday at South Pemiscot High School.
Order this photo

The No. 1 seeded Holcomb Hornets built a 24-7 lead by the end of the first quarter and led by double digits the rest of the way as it beat the No. 8 seeded South Pemiscot Bulldogs 63-25 in the first varsity girls quarterfinal Monday at the Bootheel Conference Tournament.

The Hornets (13-6) continued to enjoy success after the first quarter as it padded its lead to 41-15 by halftime and led 48-21 by the end the third quarter on its way to a mercy-rule victory.

“Our focus coming into today was to make sure we played hard all four quarters,” Holcomb coach Alexa Stockton said. “We wanted to outscore them in all four quarters tonight and we were able to do that.”

Junior forward Bailey Cupples and junior guard Macy Houart set the tone early for Holcomb. Cupples recorded 15 of her 22 points and Houart tallied nine of her 24 points in the first quarter.

“They had really good games,” Stockton said. “I put a little pressure on them to perform well tonight. Those two can control a game and I was proud of how well they played tonight.” 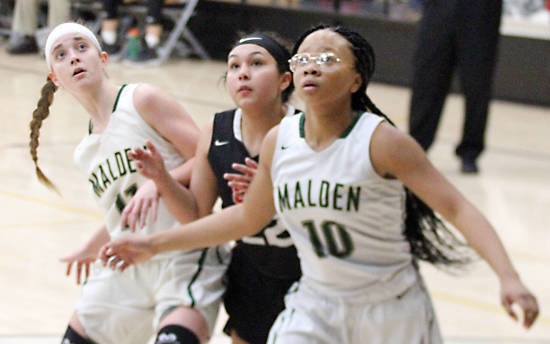 The No. 2 seeded Malden Green Wave built a 41-14 lead by halftime and hung on to beat the No. 7 seeded Senath-Hornersville Lions 67-57 in the third quarterfinal Monday at the Bootheel Conference varsity girls basketball tournament at South Pemiscot High School. 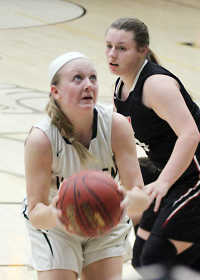 Senath-Hornersville (5-12) managed to cut the deficit as close as nine in the final minute of regulation after trailing by as much as 27 points in the first half.

“We came out with a hot start and then the roles were reversed in the second half,” Malden coach Josh Herring said. “They didn’t play just hero ball against us they just did things right the second half. We just couldn’t stop them from penetrating on us. They got runners to fall and then we would put them on the free-throw line. When that happens four or five trips in a row a big lead can shrink real fast and that’s what happened to us late.” 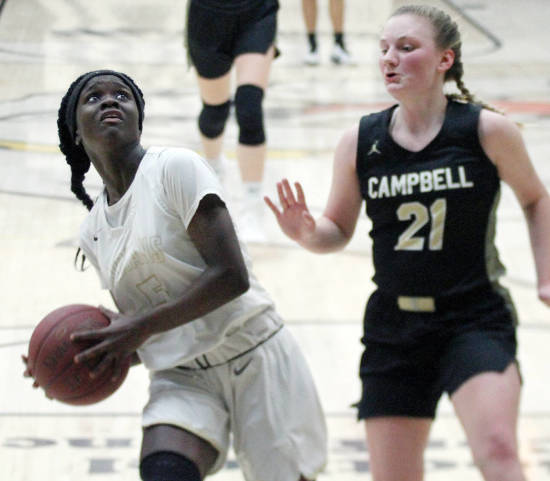 The No. 3 seeded Hayti Indians outscored the No. 6 seeded Campbell Camels by single digits in every quarter on its way to a 72-54 victory in the nightcap quarterfinal at the Bootheel Conference varsity girls basketball tournament Monday at South Pemiscot High School.

“We started off slow but then we started shooting the gaps a little bit better and that’s when we took off,” Hayti coach Craig Rodgers said. "When we play good defense we get easy layups. But Campbell did a good job swinging the ball and it shook our defense up more than we expected it would early in the game.”

Two players scored at least 20 points for both squads.

“There are some great scores in our conference and our district,” Rodgers said. “They come out and play hard in conference games for their coaches every night. My girls work so hard and I’m sure Campbell’s girls work hard as well. It’s nice to see them get to show what they can do on the court like they did tonight.”

“We've got a little bit of a bitter taste in our mouth after losing to them in the regular season,” Rodgers said. “They played us well and deserved the win the first time. But I’m excited we will have another chance to play them Tuesday.”