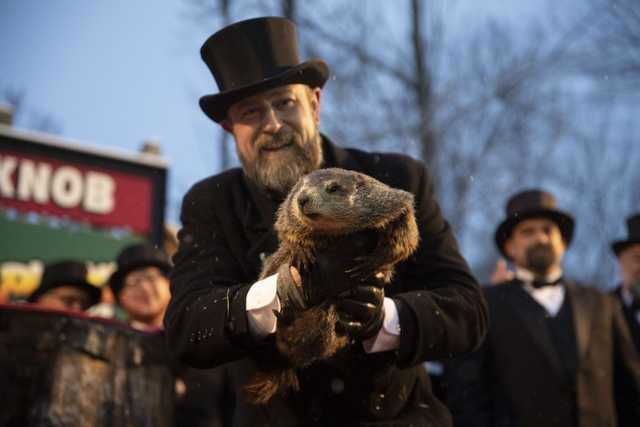 As a native western Pennsylvanian, I’ve been to Punxsutawney, Pa., and specifically to Gobbler’s Knob, the promontory above the town in which top-hatted men dressed in black drag an unwilling woodchuck out of an enclosure on February 2 each year.

The strange exhibition — Groundhog Day — has been going on without interruption since the closing years of the 19th century.

I suppose you can call this odd annual activity a sport, which is why this column appears on these pages.

Punxsutawney is a Native American name meaning “the town of the sandflies.” Don’t ask me to explain.

I’ve driven Punxsutawney’s streets; I’ve hunted for deer (long ago) in its woods; I’ve shopped at its local supermarket.

Punxsutawney is by every measure a completely unremarkable hamlet with a population of less than 6,000 (and declining) — making it similar in size to Caruthersville, Mo.

Many Americans imagine the 1993 movie, “Groundhog Day,” was filmed in Punxsutawney, but it was not.

Locals call the town “Punxsy,” and while it has a hotel and a community square (and the film features both), it was decided Punxsy’s square wouldn’t look good on camera.

Plus, the actual Punxsutawney is in a remote location and the logistics of filming there would have been too expensive.

I recall watching the film and thinking the town looked too nice to be the Punxsutawney of my memory.

As it happens, not a second of the movie is filmed there.

It was shot instead in Woodstock, Illinois – 60 miles from Chicago.

The late Harold Ramis, who did visit Punxsutawney during his research for the screenplay, thought Woodstock would stand in nicely. He was right. But I can tell the difference.

Punxsy’s town council, upset by the snub, wouldn’t allow the actual Phil the groundhog to be used in the movie.

No doubt you’ve heard that for only the 20th time in the 123 years of the groundhog ceremony, Phil did not see his shadow Sunday.

The legend is, absent a seen shadow, we can expect an early spring.

Those of us native to the area think turning an innocent rodent into a weather prognosticator is silly.

Maybe you do too.

But it’s a tradition and it’s amazing how much we count on such cultural customs, even absurd ones, to help us mark the passing of time.

If it’s Groundhog Day, it’s still winter but we know the season is nearing a conclusion.

Phil is almost always wrong, though. You can look it up. This year, I’m hoping the little woodchuck got it right.