Southeast women roundballers find a way to victory at EKU 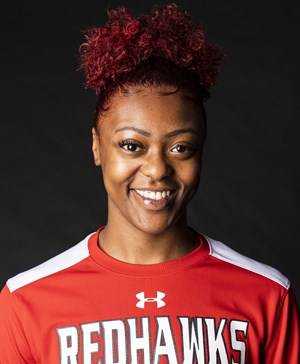 It sure wasnĺt as easy as the score indicated.

The Redhawks had made a habit of getting out fast and building up a big first quarter lead in recent contests but against the Colonels, Southeast was uncharacteristically cold from the field.

Southeast shot a dismal 3-for-16 in the opening quarter and fell behind EKU, 12-6, failing to score in the initial 3:30 of the contest.

Southeast temporarily got its first lead at 8:28 in the second quarter as Carrie Shephard, the top three-point shooter in the Ohio Valley Conference, hit a trey to put the Redhawks up 13-12.

Shephard hit another three-pointer at 4:18 left in the half and the Redhawks never trailed again.

Winning with the roster

Credit Southeastĺs bench for cementing the win at McBrayer Arena in Richmond, Kentucky.

Jocelyn Taylor and Roshala Scott contributed 12 and nine points respectively for the winners.

Southeastĺs defense also stepped up on a day in which the Redhawks shot just 35 percent from the field.

The Redhawks scored 20 points off 16 turnovers.

ôOur defense was pretty good today,ö said the fifth-year coach, who is now over .500 skippering Southeast with a 71-70 overall mark.

Tesia Thompson, who was just 2-for-15 from the field, still managed a double-double thanks to her performance at the free throw line.

The junior from Memphis, Tn., scored 13, going 9-of-10 from the charity stripe and grabbing 12 rebounds.

Eastern Kentuckyĺs Iĺliyah Green led all scorers and rebounders with 17 and 14 respectively.

Southeast is now 4-2 against EKU (8-13, 2-8, OVC) during Patterson's tenure, having won the last four consecutive games against the Colonels.

Southeast, with Saturdayĺs win, completed a road sweep by going 4-0 away from the Show Me Center.