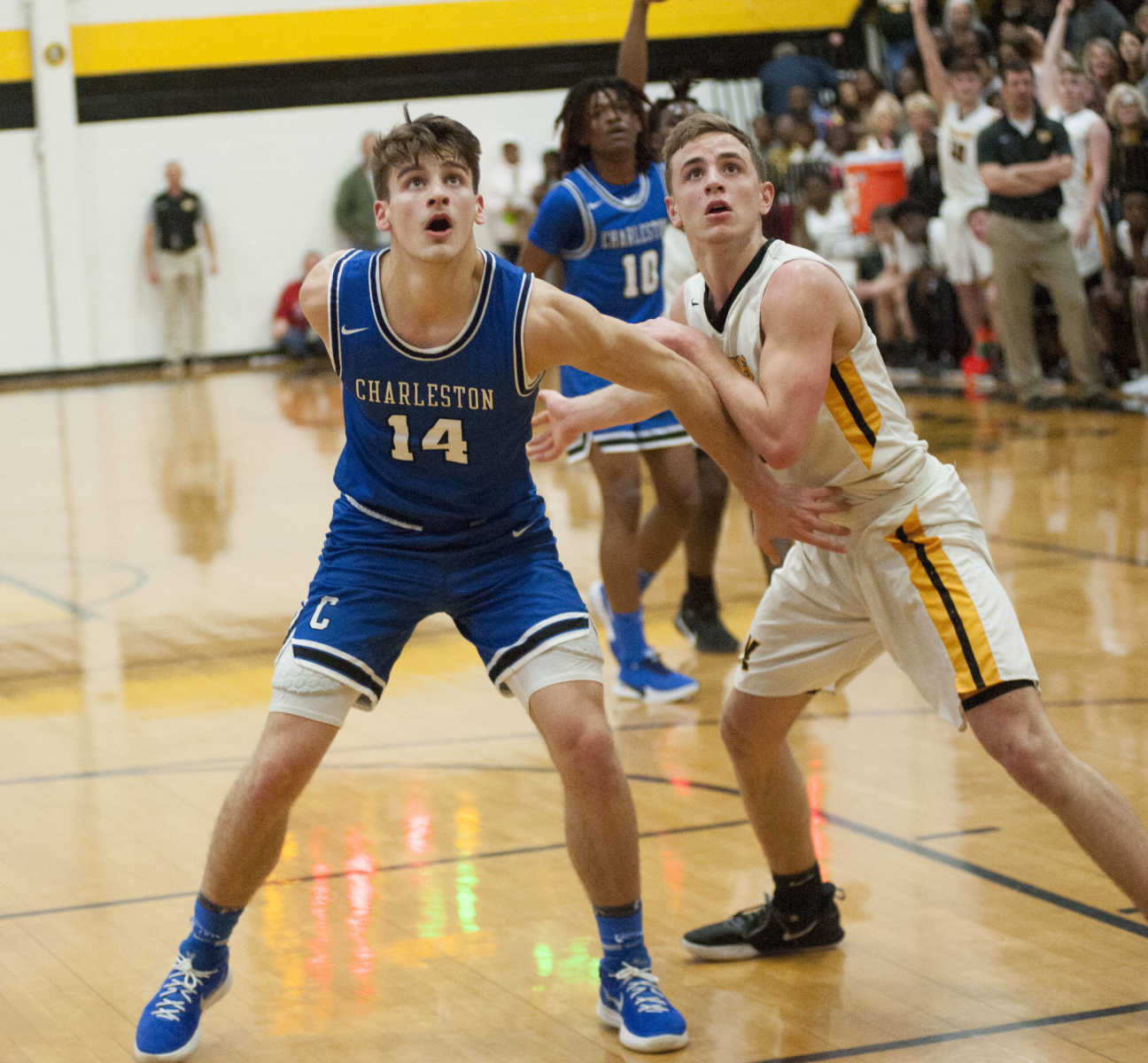 “We’ve been in so many pressure situations the whole year,” Farmer said. “I think we are accustomed to and know how to play catchup after playing so many tough, close games.”

The Bluejays had the opportunity to rally from behind yet again Friday night.

The Kennett Indians built a lead as large as 38-28 against visiting Charleston in the final minute of the second quarter and continued to lead 38-32 at halftime. But the Bluejays erased all of its trouble quickly in the second half as it moved ahead 49-47 by the 2:06 mark of the third quarter and continued to lead 56-55 at the start of the fourth quarter.

Charleston and Kennett traded the lead six times in the fourth quarter before a 72-all tie presented itself with 1:49 remaining.

The Bluejays’ ability to knock down shots at the charity stripe proved to be the difference in the final minutes. Charleston made nine of 10 free throws in the final two minutes of regulation as it outlasted Kennett 81-76 in a key Class 3, District 1 battle.

“We were great at the line,” Farmer said. “We are not a very good free-throw shooting team. But tonight we shot them well at the right time.” 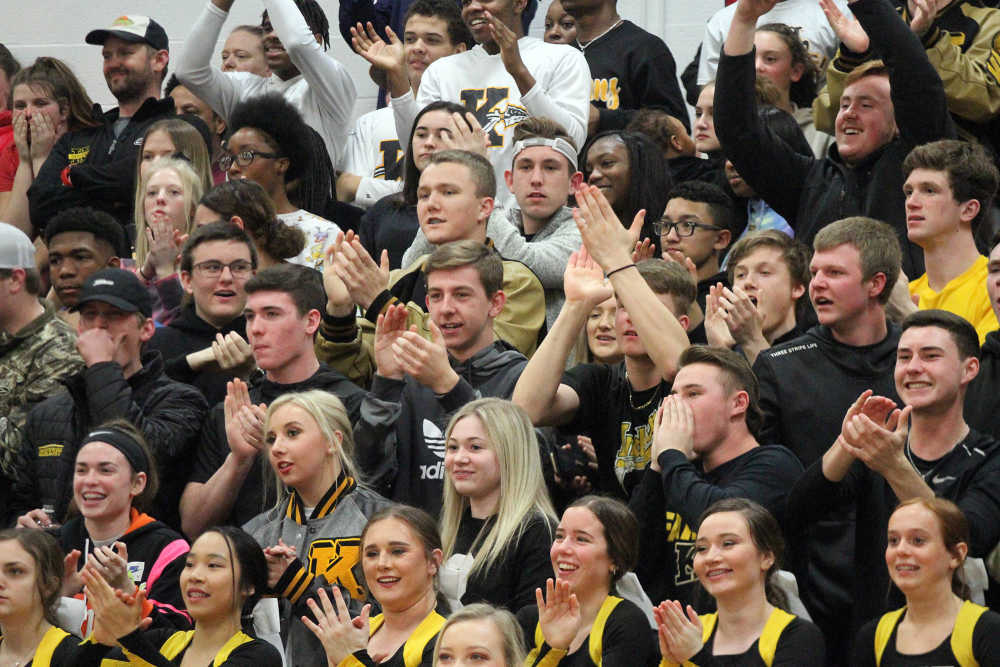 Kennett, which was out of timeouts, had one opportunity to tie things up in the final 10 seconds of regulation. Charleston’s Blessin Kimble made one of two free throws with 12 seconds left to pad Charleston’s lead to 79-76.

After Kimble missed his second free throw Kennett got the ball in the hands of Marsayv’aun Harrell who pushed the ball to the other end and took a contested 3-pointer just to the right of the top of the key. The shot made contact with the front of the rim but did not fall.

“We really wanted to get more downhill and kick to one of our shooters,” Kennett coach Andrew Halford said of his squad’s final shot. “But it’s one of those things where you get in the heat of the moment and players are making plays and it’s kind of out of your hands at that point with no timeouts left . . .”

After the miss, Charleston’s Samuel Bledsoe made two free with 1.6 seconds left to set the final score.

“It’s frustrating to lose a game like this but it also gives you the confidence moving forward that we are right there with these guys and know we can compete with our district favorite,” Halford said.

Both teams struggled to score early in what eventually ended as a high-scoring affair.

Charleston led 8-4 after six minutes of play before Kennett closed out the first quarter on a 5-0 run to move ahead 9-8 by the start of the second quarter.

The Indians continued to enjoy success on offense the rest of the first half. Kennett knocked down six of its 11 3-pointers in the second period to move ahead 38-32 by the halftime break.

“We really didn’t have a great first quarter,” Halford said. “But we came out blazing in the second quarter and hit six out of seven 3’s. We really rebounded the ball well in the first half and didn’t turn it over. We had seven total turnovers for the night.

“If you told our kids we were going to have less than 10 turnovers for the game against Charleston’s pressure we would have felt like we were in a position to win,” Halford continued. “But the kicker was shooting under 50 percent from the free-throw line and giving up a lot of offensive rebounds in the second half.” 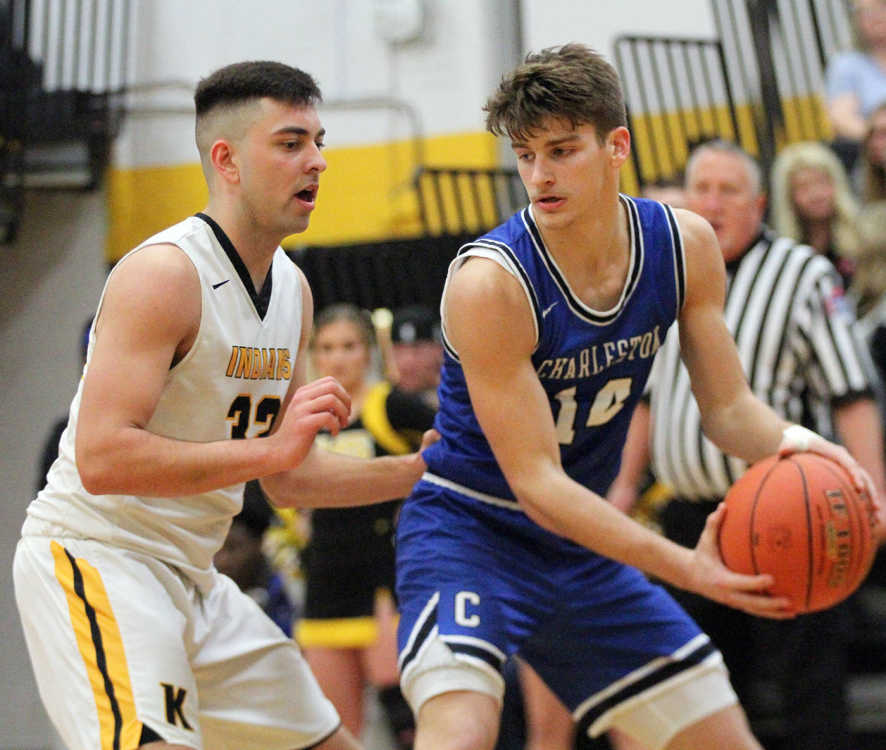 Senior guard Terridean Bogan paced Charleston with 21 points. He knocked down three 2-pointers, three treys, and made all six free throws he attempted in the fourth quarter.

“They did a tremendous job defending our guys in the first half,” Farmer said. “But we finally got a few looks in the third quarter.”

Freshman forward Rico Coleman also provided a late spark for the Bluejays. Coleman recorded nine of his 11 points in the final eight minutes of regulation.

“He really stepped up,” Farmer said. “I know what he can do. I put him in there to do that in the fourth quarter and he really played well.”

Harrell knocked down three additional treys on his way to a 14-point night for the Indians. Seniors Jackson Henfling and La’Quez Pulliam also finished in double digits with 13 and 12 points respectively for Kennett.

“Once we got to the second quarter we did a better job of getting downhill toward the basket on cuts off of screens,” Halford said. “That really opened our guys up from the perimeter shooting the ball. Kobe had a couple of shot’s from 3 he got the roll on and sometimes you need those rolls to keep you going offensively.”

Kennett, which is ranked No. 7 in the latest Class 3 state poll, drops to 15-6 with the loss. The Indians have a week off before they visit Cape Central next Friday.

Charleston, which is ranked No. 3 in the latest Class 3 state poll, improves to 17-3 with the victory. The Bluejays are back in action Tuesday when they host Jackson.

“Our motivation tonight was if we win this we get the No. 1 seed,” Farmer said. 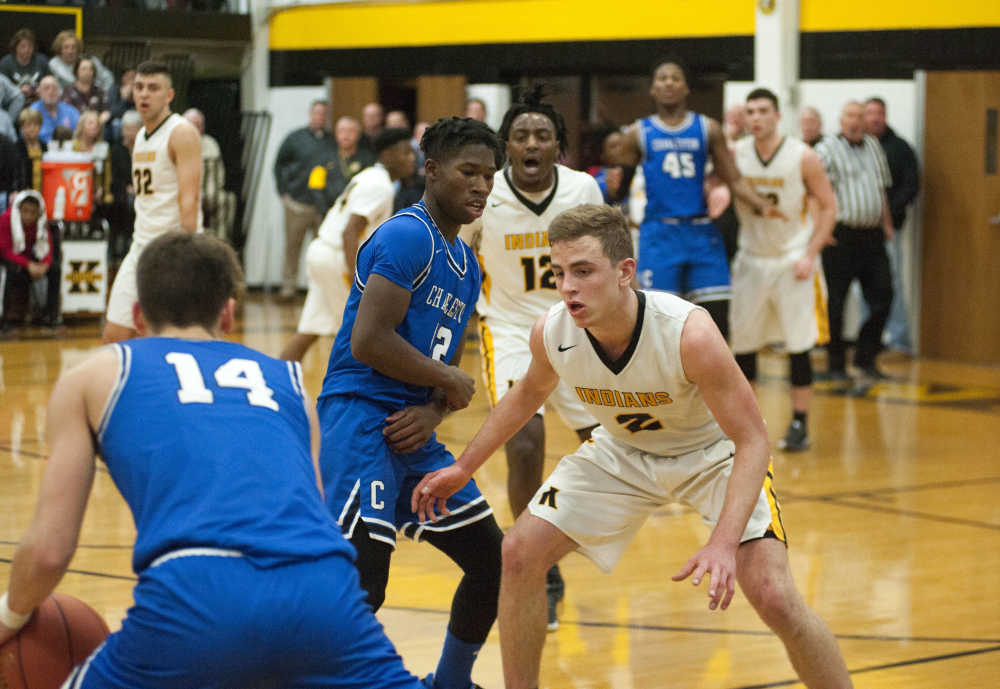 Column: Charleston is confident after beating Kennett - and vice versa
Tom Davis
KENNETT, Mo. -- Everything in life depends on your perspective.