Bespectacled Saine reliable off the bench for Southeast 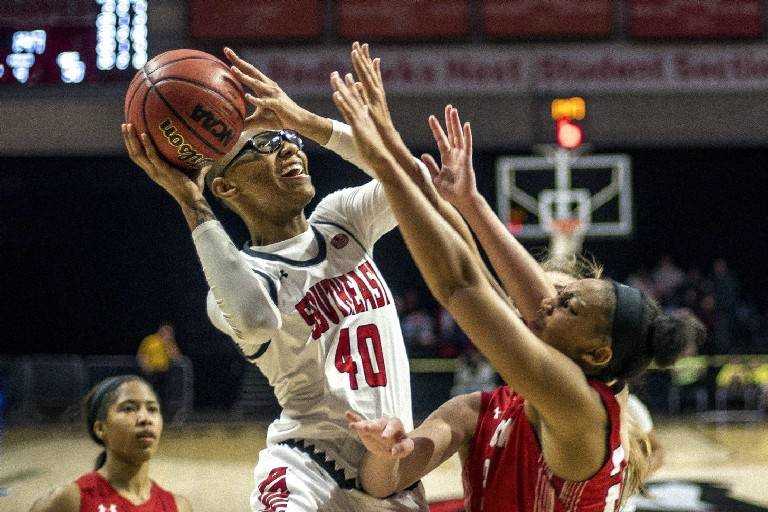 Southeast Missouri State forward LaTrese Saine (40) shoots during a game against Austin Peay earlier in her career at the Show Me Center.
Tyler Graef ~ Tgraef@semissourian.com

A fan of Southeast women’s basketball always knows when LaTrese Saine is on the court.

She wears some pretty impressive goggles as she runs with her teammates.

“I need corrective lenses,” said the junior from West Memphis, Ark. “And putting in contacts takes me too long and they freak me out.”

“Coach (Rekha Patterson) suggested I get (the goggles),” Saine added.

“Suggested?” Patterson scoffed. “No, we made her get them. She was squinting while she dribbed.” Saine has become a reliable contributor to this year’s Redhawks squad (15-5, 7-2 Ohio Valley Conference), which carries a six-game winning streak into Eastern Kentucky today (12:30 p.m.) – Southeast’s last stop of the current four-game sojourn away from the Show Me Center.

Saine and the injury bug

Saine, 22, is a redshirt junior, meaning this is her fourth year on the squad but she sustained a leg injury early in the 2016-17 season and was granted a medical “redshirt,” a term referring to the delay of an athlete’s participation in order to extend her eligibility to play.

“Redshirt,” as a term in college athletics, is believed to date from 1937 when a University of Nebraska player asked to practice but not play. This was permitted but the athlete wore an unnumbered red shirt – red being the university’s predominant color.

Saine has struggled to stay healthy during her time in Cape. She also missed time during her sophomore season (2018-19) when she saw action in only 13 contests before getting hurt.

The 6-foot-4 forward is poised to surpass that number this season, as she has accumulated 34 blocks to- date in 20 games, tied for fourth in the league.

“I have improved a lot,” said the soft-spoken Saine, a corporate communication major. “I haven’t fouled out (yet) this year.”

Saine was already 6-foot tall in the 8th grade at West Memphis High and the school’s basketball coach, her social studies teacher, “hounded” her to go out for the team.

Her cousins played competitively and her mother, Gwendolyn, played in high school.

“My mom says I am living out her dream,” said Saine.

Patterson was persuaded by an assistant to make the trip south to see LaTrese play in person for West Memphis.

“I didn’t feel I had much talent,” said Saine. “(But) out of all the people on my team, I’m the only one who today is playing Division 1 basketball.” 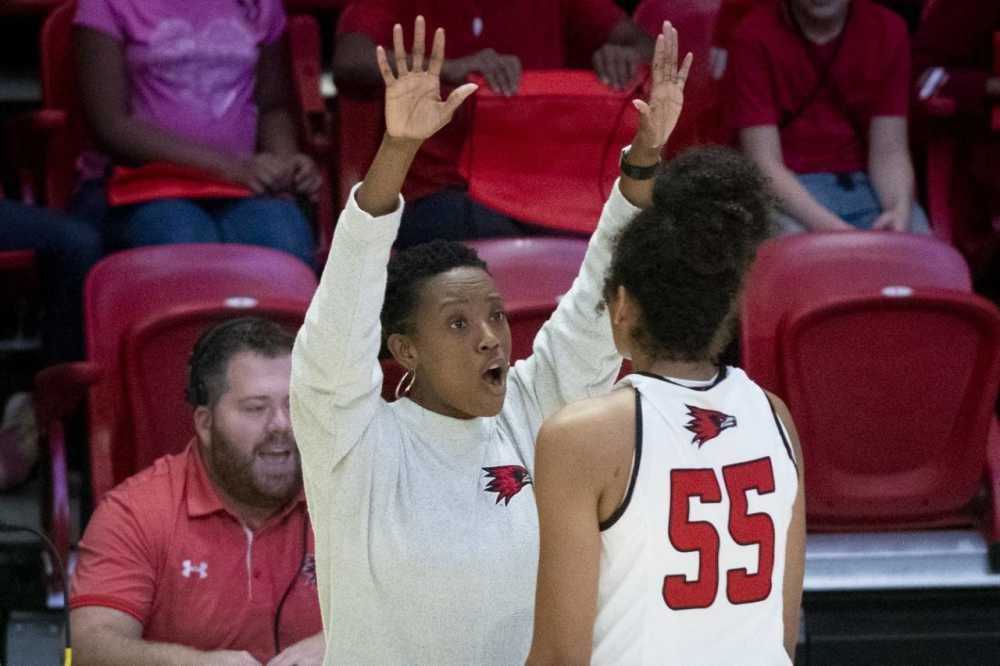 Southeast fades but hangs on to win sixth straight, continues unbeaten road trip
Jeff Long
Southeast Missouri (15-5, 7-2 Ohio Valley Conference) never trailed after the first quarter, yet faded down the stretch in Kentucky Thursday, hanging on to beat Morehead State, 67-61. After a seven-hour road trip that took the women's team into the Eastern Time Zone, Southeast battled Morehead to a 10-10 tie after the opening ten minutes, then...

Patterson liked what she saw from the then-teenager.

“You can’t find 6-foot-4 players who can run and jump just anywhere,” the Redhawks’ skipper said. “(LaTrese) ran harder to get back on defense than on offense, which told me a lot about how she’d fit into my team.”

Saine says she feels comfortable in the Patterson “system.”

Southeast’s tallest player is grateful for her height.

“If I use (my height) correctly, I could possibly be unstoppable.”

EKU lost to the Golden Eagles, 87-82, and Patterson regards the bottom-dwelling Colonels as dangerous. “(EKU) has a new coach and new energy and they did well in their non-conference schedule,” added Southeast’s coach, who is 70-70 in five seasons with the Redhawks.

If Southeast wins Saturday in Richmond, Ky., the Redhawks will be 4-0 on the current road trip.

Southeast’s next home game is Thursday against Jacksonville State.