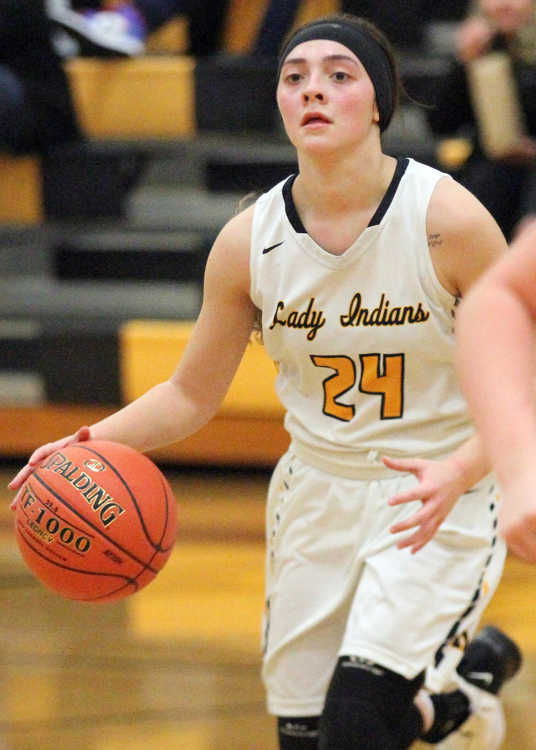 KENNETT, Mo. - The Kennett Indians varsity girls basketball team built a 21-9 lead by halftime and led by double digits throughout the second half as it beat the visiting Portageville Bulldogs 44-27 Thursday night. 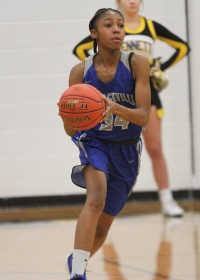 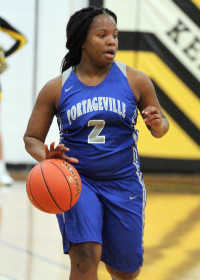 “I thought our defense was pretty good with the exception of a little stretch at the end of the game when we gave up some easy buckets,” Kennett coach Aaron New said. “We still had some rebounding issues. I’m going to have to do a better job of coaching rebounding. But overall I was proud of our girls’ effort on defense.” 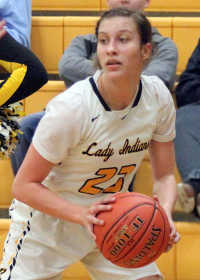 Portageville increased its offensive output as the game progressed. The Bulldogs put up 18 points in the second half after scoring nine points in the first half and played Kennett to a 10-10 stalemate in the fourth quarter.

“Earlier in the game, we were struggling to score,” Portageville coach Kellye Fowler said. “Kennett plays a really good, aggressive zone. We’ve struggled against it all season. I stressed to the girls that they needed to get ball-movement and then attack gaps. They had some success with that late in the game. It just took us a while to get started.”

Kennett sophomore guard Kyra Jaco and junior forward Caroline Patton both heated up offensively in the second half. Jaco recorded nine of her 14 points after halftime and Patton tallied eight of her dozen points in the third quarter.

Jaco hit three of her four 3-pointers in the second half.

“I thought we did a good job of moving the ball and getting some open shots,” New said. “Kyra got several open looks and knocked them down tonight. That helped get our offense going.”

“We’ve struggled to score all season,” Fowler said. “We had a freshman step up tonight and score more than she’s been scoring. My two seniors came on late and scored some as well. We are working on improving our offense. We just got off to a slow start tonight.”

“We played one of our worst halves of the year the first time we played them,” New said. “We need to have a couple of good practices before Monday. If we can do that I think we have an opportunity to try to get a win against a quality SEMO Conference team.”

“Our focus from now until Monday is on Caruthersville,” Fowler said. “We played them early in January. It was a pretty tight game. We were down three going into the fourth quarter and they pulled away late. Our girls are fired up that they are going to get another shot at Caruthersville. We know we have to play good defense because they are very fast on offense.”