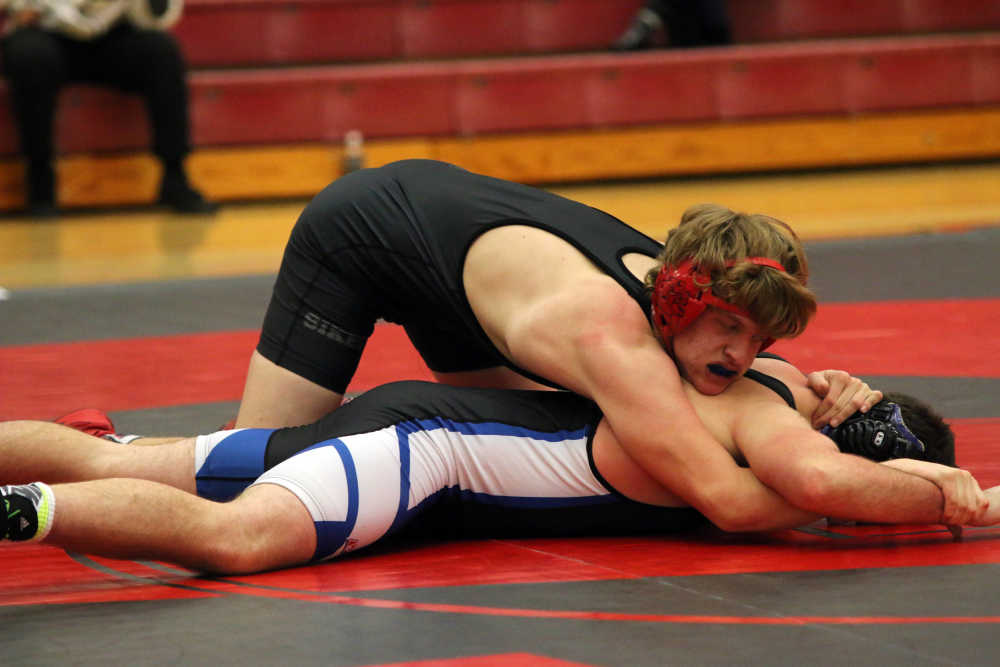 SIKESTON — In just their second home dual of the season, the Sikeston wrestling team took the mat against Anna-Jonesboro on Wednesday evening at the Sikeston Field House.

Leading 12-0 after the first two matches, Anna-Jonesboro rallied from behind, winning the next four matches, and ultimately the dual 50-30.

Jacob Leavitt started the dual by picking up a forfeit win, at 106 pounds, to give the Bulldogs an early advantage.

In the next four matches, Anna-Jonesboro would flex their muscles. It picked up two pins and a technical fall win in three of the four matches, with the final points coming by forfeit.

Caleb Mays then made easy work of Asa Douglass, pinned him in 14 seconds, at 132 pounds, and TJ Macy added the final points, at 138 pounds, with a forfeit decision.

Then, at 170 pounds, Isaac Griggs battled with Rayshaun Cannon for nearly the entire length of the match. Both wrestlers exchanged leads throughout the bout, until late in the third period, when Cannon reversed Griggs and got him on his back to pick up the pin with 13 seconds to spare.

Sikeston finished off the dual, by picking up pins at 182-and-195 pounds, respectively.