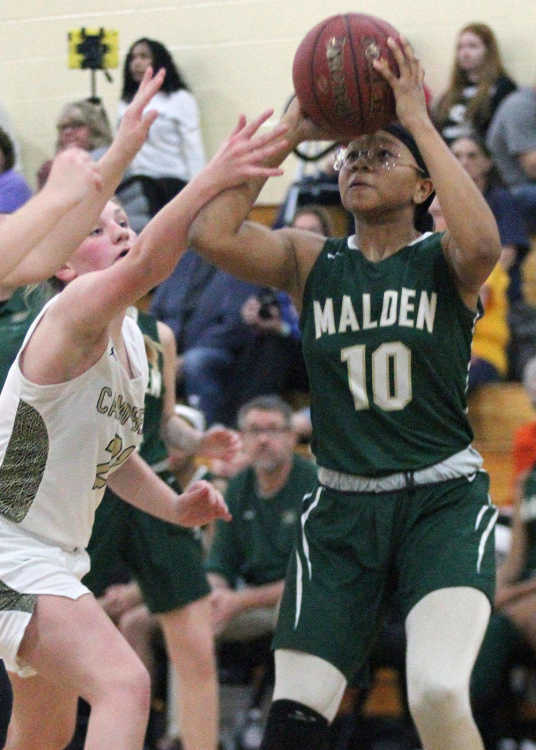 Seniors Madison Mittag and Arionne Ross helped fuel the Green Wave’s late surge. Mittag recorded eight of her 10 points and Ross scored all five of her points in the fourth quarter.

“Those are two seniors that have really been working hard for us,” Herring said. “Arionne played her first varsity game as a sophomore and has worked her tail off for three years with me. Mittag has done the same thing. She’s been a true leader. We are proud of the way those two stepped up tonight and we are going to hate to see them go after this season.”

“They got something going the first half,” Herring said. “Brydon did a good job of hitting open shots and Saulsbery got some rebounds and got to the foul line.”

Campbell closed the gap quickly. The Camels ended the first half on a 9-3 run and opened the second half on a 7-2 run to cut Malden’s lead to 26-25 by the 2:21 mark of the third quarter.

“It was a fun one,” Campbell coach Laura Foster said. “We finally got our intensity to the level we needed it to be at to compete with Malden. But I thought not being able to finish a few shots around the rim was the difference in the game.”

Senior standout Gabby Nielson recorded 10 of her 13 points before halftime. She hit three of her squad’s five 3-pointers.

Senior guard Madisyn Townsend hit a pair of 3-pointers after halftime to finish with six points.

“Campbell did a very good job of changing the speed of the game and slowing us down after the first quarter,” Herring said. “We didn’t really adjust very well in the third quarter. We only scored five points but kudos to them for coming out with a good game plan in the second half. We are happy to get out of here with a good road win tonight.”

“We’ve looked really good in conference games,” Herring said. “But none of the games were very easy. We’ve pulled out the wins but I’m sure this conference tournament is going to be very tough.”

“Our team is battling a lot of adversity this season,” Foster said. “Some people know and some people don’t know what we are going through. Sometimes we are playing with different players from game to game. We are just trying to piece it together and see what works best that night. A lot of other teams already have that figured out by now but we are still piecing things together as the season goes. But I think we can still compete in this conference heading into the tournament, although our record may not show it.” 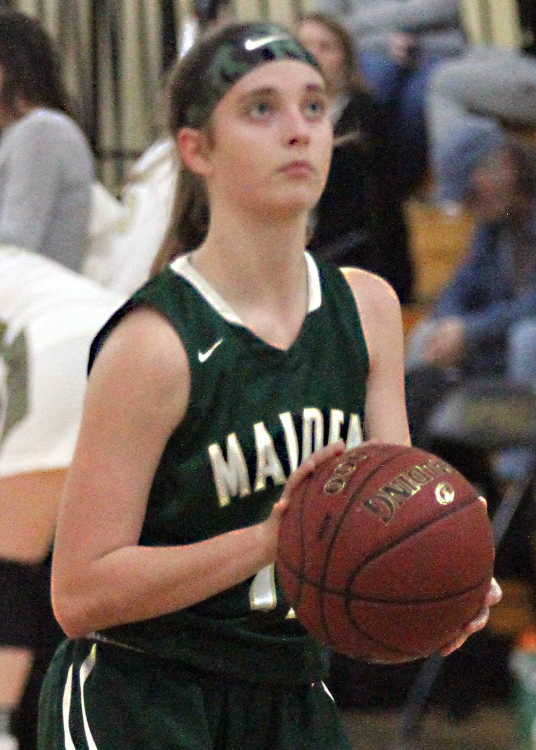