STREAK BROKEN: Steward finishes with double-double, as Sikeston loses to Kennett for first time in 18 games 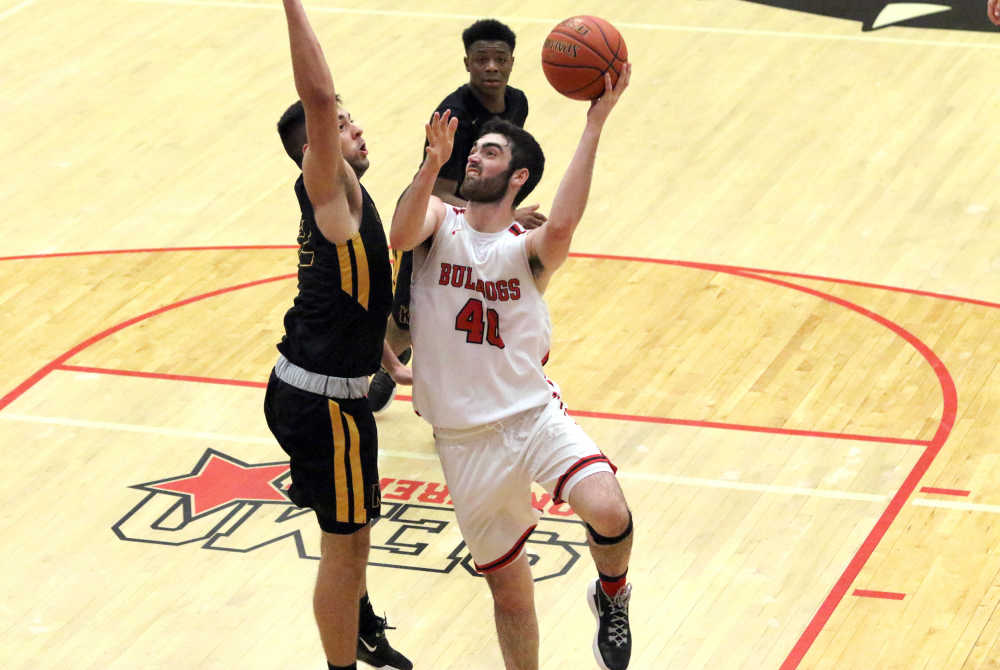 SIKESTON – The Class 3 state-ranked Kennett Indians have posted some notable wins this season, but perhaps none were more gratifying thus far than Friday night’s victory against Sikeston.

Sikeston had defeated Kennett 18 straight times dating back to 2004 and was celebrating homecoming night at the Field House, but the Indians marched into town and left with an 82-79 victory to snap the long losing streak and stunning the large Sikeston crowd.

After the horn sounded, Kennett’s players celebrated their first win over Sikeston in 16 years.

“Anytime you can compete and beat a SEMO Conference team, it’s a big deal,” Kennett coach Andrew Halford said. “It doesn’t matter who it is because every team is so competitive. A lot of the teams are ranked in the state. We won at Jackson and now to come to Sikeston with this atmosphere on their homecoming, it’s a big night for them, and to dig, scratch and claw and find a way to win, this is a big win for us.”

The Indians (14-5, 2-2 SEMO Conference) led by as much as 11 in the fourth quarter and held off a Sikeston surge down the stretch by hitting just enough free throws.

Kennett was 13 of 27 from the free-throw line in the game, but 11 of the makes came in the fourth quarter when they needed them the most.

The Indians also shot well from the perimeter, sinking nine 3-pointers while limiting turnovers with only 10.

“One of the big things you have to do always against Sikeston is not turn the ball over,” Halford said. “If you can take care of the ball and give yourself scoring opportunities, you give yourself a chance. We have guys that are capable of knocking down perimeter shots, and when they go in, we look good. But we’ve had games where we were pretty cold from the perimeter, and we don’t look so good in those games. But when we’re knocking those down, and you see that ball going in the hole, it gives you a lot of momentum.”

The game featured seven lead changes and six ties in the first half as both teams matched each other in the early stages.

Sikeston built a 15-9 lead after a Payton Howard 3-pointer with 3:31 left in the first quarter and managed to hold onto the lead at 22-21 at the end of the period.

Kennett, however, took control of the game late in the second quarter. A Clark Steward 3-pointer gave Sikeston a 30-27 advantage with 2:30 left in the quarter, but Kennett responded with a 9-0 run to close out the half and lead 36-30.

Sikeston quickly tied the game with six straight points to start the third quarter, but the Indians’ Ben McMullan hit a 3-pointer to give his team the lead once again. The Indians never relinquished the lead from there.

A Howard 3-pointer at the third-quarter buzzer after the Indians rejected an inside shot directly to him gave the Bulldogs some hope heading into the fourth quarter, trailing 57-51.

However, that hope began to fade as the fourth-quarter clock ticked away.

Failing to make a dent in the Kennett lead, Sikeston began sending La’Quez Pulliam to the line and forcing the senior guard to earn the victory from the charity stripe. Pulliam was up to the challenge and sank 8 of 12 to keep the Bulldogs at bay.

Each time Sikeston made a run in the fourth quarter, the Indians had an answer as the Bulldogs never got closer than the final margin, which got reached on a Steward 3-pointer at the buzzer.

The loss for the Bulldogs is their second in the last three games, dropping the team to 7-5 on the season and 1-2 in the SEMO Conference.

Howard led the team with 24 points while Steward scored a career-high 23 points with 13 rebounds. He also hit four 3-pointers, marking his first made 3’s of the season.

Sikeston hit 11 of 22 from 3-point range in the game, which typically would be a recipe for success for the Bulldogs, but the Indians proved to be the scrappier and tougher team on this night.

“They are good athletes with good size, and they’re good players as well, and that’s a problem,” Holifield said. “Give them all the credit. They played great and were more physical than us tonight. We have to learn from it. I think we have a good team, but we have to get more consistent and be better throughout the course of a game.”

Sikeston will play in the Fort Zumwalt North Tournament starting on Monday. The Bulldogs received the second seed and will play seventh-seeded Parkway North at 5 p.m.

The Sikeston JV team improved to 6-3 on the season with a 58-28 win over Kennett’s junior varsity. Sikeston, which hit 13 3-pointers in the game, was led by Dylon Turner’s 12 points, followed by Johnny Adams with 11.